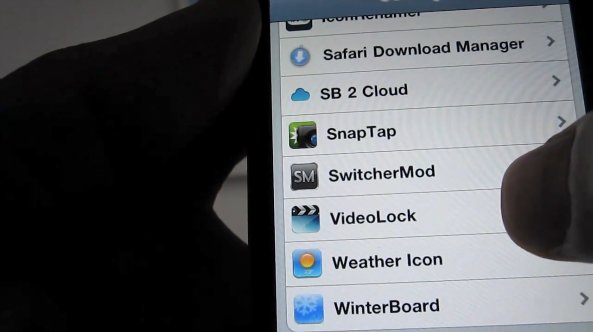 If an Apple TV happens to be among your possessions, then chances are you’re a big proponent of AirPlay — Apple’s highly pushed streaming technology.

AirPlay allows you to stream audio or video from your iPhone directly to your Apple TV device. For example, if you’re watching a movie on your iPhone and you get tired of the eyestrain from staring at the 3.5 inch screen, you can instantly stream that video directly to your TV if it’s hooked up to an Apple TV.

A big problem with AirPlay in its current form is that the streaming is halted when you lock your iPhone. VideoLock is a jailbreak tweak that sets out to eliminate this pesky problem…

As you’ll no doubt notice from the video, VideoLock works pretty well when it comes to tiptoeing around this unexplainable annoyance. Why in the world didn’t Apple include this as an option to begin with? That’s anyone’s guess, but I highly doubt they’ll leave such an option out of a future firmware upgrade.

VideoLock is available for $0.99 on Cydia for jailbroken iPhones. Have you ever encountered this issue while using AirPlay?