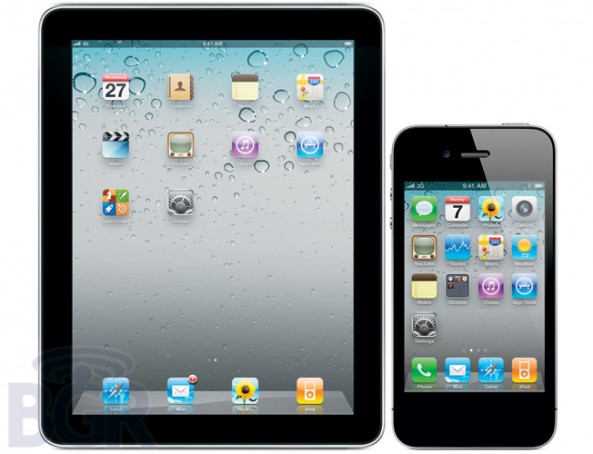 A new, unexpected report from Boy Genius is claiming that the next version of the iPhone and iPad will have no home button. That’s right, a device with hardly any physical buttons will lose its only major one. This rumor doesn’t seem unlike Apple, we are talking about a company who took all of the buttons off the iPod Nano at one point.

It seems that the reason multitouch gestures were added to the iPad in iOS 4.3 is because Apple plans to implement such gestures for all iDevices. These multi-finger gestures would most likely replace the current functionality of the home button. Boy Genius Report reveals the following…

“We just got some pretty wild information from one of our Apple sources and while it’s hard to believe at first, it does make sense. We have exclusively been told that the reason Apple just added multitouch gestures for the iPad in the latest iOS 4.3 beta is because the iPad will be losing the home button. Yes, we are told that Apple, at some point in time, will remove the home button from the iPad’s design. Instead of button taps, you will use new multitouch gestures to navigate to the home screen and also to launch the app switcher.”

These home-buttonless iDevices are rumored to already be in field testing at the Apple campus in Cupertino. That means they can’t be far off from their shipping date. BGR says,

“That’s not all, however. In addition to the home button disappearing from the iPad, we’re told that this change will make its way over to the iPhone as well. Our source said Apple employees are already testing iPads and iPhones with no home buttons on the Apple campus, and it’s possible we will see this new change materialize with the next-generation iPad and iPhone devices set to launch this year.”

An iPhone without the home button would definitely be an interesting device. That design change could be Apple’s big shocker for their new iPhone announcement later this year.

This rumor is even more interesting because Steve Jobs originally said he didn’t want any physical buttons on the iPhone. It looks like he could be getting his wish with the next version of the iPhone and iPad.

John Gruber has some interesting objections as to why he thinks Apple will keep the home button,

“The physical Home button is impossible to miss. That it is the one and only button on the faces of these devices is a big part of why normal people are able to pick them, starting playing with them, and figure out how to get around with no help. How in the world would a normal person figure out or guess that they need to do a “five-finger pinch” to get back to the home screen?

We’ll be sure to keep you posted on this news. What do you think? Does an iPhone without the home button sound appealing to you? Would using multi-finger gestures to navigate basic functions like the app switcher and home screen bother you?