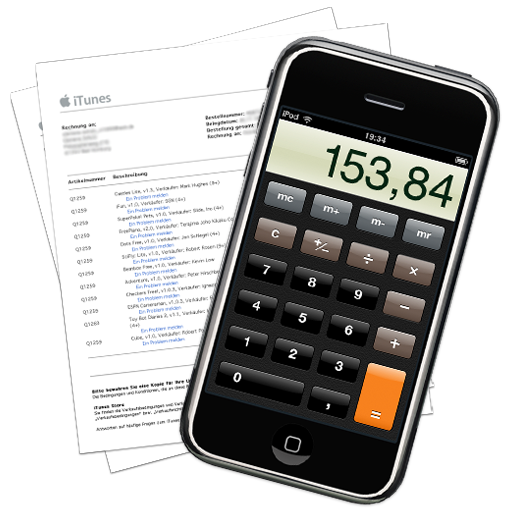 There are plenty of industry reports and infographics that give us an idea about the state of Apple’s App Store. Apps are being sold at an average price of less than $2.50 each, and there is speculation that app sales could be a $34 billion dollar industry by 2014. In 2010, iOS users spent an average of only $4 each month on apps.

I have a feeling that the user statistic of $4 a month is a product of the way that averaging statistics bend numbers. There is still a huge divide between what most would call “power users,” and the “average users” of technologies like the smartphone. (If you read iDB, most likely you’re a power user.)

There are people that are really into buying and trying different apps, and those people purchase a lot of apps. Then there is the vast sea of average, mom-and-dad iOS users who may download a free app every now and then, but don’t make money purchases in the App Store too often. The good news is, you can easily see how much you’re spent in the App Store with a nifty utility for Mac OS X…

App Store Expense Monitor, by WetFish Software, is a lightweight, free app for the Mac that allows you to see the grand total of what you’ve spent in the App Store. The app gathers information about your app purchases by reading the names of your iPhone apps from your Mac’s iTunes library. It then retrieves the prices of each app, and gives you your grand total.

Your purchase information is also exportable to a CSV or XML format for further analysis.

Besides seeing the amount you’ve paid, it’s interesting to just see all the apps you’ve downloaded in a list format. You may notice some apps you have no remembrance of downloading, or some apps you can’t believe you paid that much for.

With the start of the new year, it may be wise to see how much you have been spending in the App Store. Apple makes purchasing content so easy, and sometimes it’s easy to get carried away.

Download App Store Expensive Monitor for free and give it a try. It is Mac only, which is a bummer for Windows users.

I’m too embarrassed to say what my grand total is, but if you’re willing to share, let us all know what your numbers are.