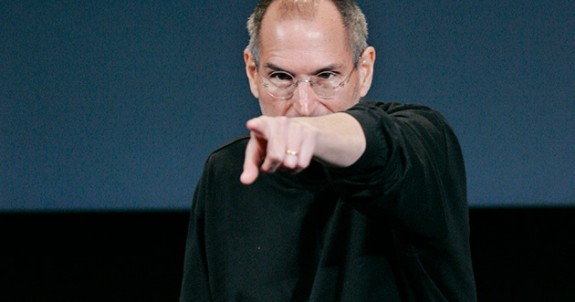 Apple has never been known as an easy company to get along with. While it has always made some of the greatest products on the market, it is also notorious for being overly censored and stubborn with its decisions.

We recently reported that an unofficial WikiLeaks app had been pulled from the App Store. It was thought that Apple could have justified the pull based on their charitable donation policy. As it turns out, that policy has been plaguing app developers for some time, and they’re starting to get frustrated.

The Huffington Post recently published an article on Apple’s denial of in-app donations for charity. Many developers run non-profit, or support non-profit, organizations and would like to allow their app’s users to make philanthropic donations in the same way that other in-app purchases function. For some reason, Apple has been denying these requests from developers, and it’s making Apple look like the bad guy…

“Apple has been making it very difficult for people to donate to charity using their iPhones, and the nonprofit world is not happy.

In August, while Apple’s official policy on mobile giving was still unclear, PayPal added a feature to its iPhone app that allowed users to donate to a charity or nonprofit of their choice with the click of one button. Within two months, the app raised $10,000 for charities in the United States, the UK and Canada. Then, in late October, Apple asked PayPal discontinue the feature, offering little explanation as to why.”

“21.1 Apps that include the ability to make donations to recognized charitable organizations must be free

21.2 The collection of donations must be done via a web site in Safari or an SMS”

If a developer wanted to support a charity or non-profit (such as WikiLeaks) through an app, users cannot make donations within the app itself. The app must link to an outside website in mobile Safari or facilitate the transaction through SMS. Instead of donating within the app by using in-app purchases (like any game would allow for upgrades, etc.), you would have to click a link, be redirected to the browser, and will out a web form with all of your information to make a donation.

Why is it that I can easily upgrade my virtual farm in the Farmville app with in-app purchases, but I can’t make an easy donation to charity? No one has been able to get a clear answer out of Apple. The only statement that Apple would make on the issue was to the New York Times, “We are proud to have many applications on our App Store which accept charitable donations via their Web sites.”

Ease of use is very important to users, especially in the field of donations. Every click that you add knocks a percentage of people (who would otherwise donate) out of the equation. There needs to be the same use of use for donations as there are for every other in-app purchase/upgrade. 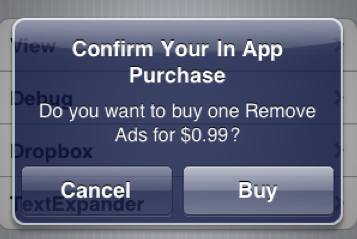 An obvious problem for Apple is that donations are difficult to distribute and track. If Apple did allow donations with in-app purchases, all donations would have to go through Apple’s payment mechanism. Apple usually takes 30% of revenue from all app (both regular and in-app) purchases.

It would be definitely wrong of Apple to take a profit off a donation to a charity or non-profit, so this makes handling customer transactions difficult. If charitable donations begin to come through their payment system, Apple itself would have to distribute donated monies and verify charities. Perhaps this would be too much for the company at this time.

The Huffington Post talks about how the denial of in-app donating is hurting Apple,

“But Apple’s mobile giving policy may give an edge to its competitors this holiday season, as leaders in the nonprofit world are loudly expressing their frustrations with the company. Beth Kanter, a consultant to the non-profit industry and author of “The Network Nonprofit,” announced to her 367,000 followers on Twitter last week that she plans to trade in her iPhone for Google’s Android or the Windows 7 phone, both of which allow in-app donations.”

Apple has been fine with being “The Grinch” of tech companies before. However, this holiday season, it would be nice to see one of the pioneers of innovation support the helping of those who can’t help themselves. I think we could all agree that that’s more important than upgrading your game with new levels.

What do you think about Apple’s decision? Does it sound harsh, or justified?