The Wall Street Journal has shared the results of an eye-opening investigation on how apps share personal data. Since the success of the App Store, apps have become the backbone of what makes or breaks a successful, mobile device.

The Journal looked into how some apps (both iOS and Android) actually behave with your phone’s information, and examined the personal data that most don’t know is shared through apps. The results were a little disturbing…

Apparently, your apps are not that good at keeping secrets. The Journal says,

“An examination of 101 popular smartphone “apps”— games and other software applications for iPhone and Android phones—showed that 56 transmitted the phone’s unique device ID to other companies without users’ awareness or consent.

Forty-seven apps transmitted the phone’s location in some way. Five sent age, gender and other personal details to outsiders.”

Although the Journal’s study was somewhat restricted, they did find informative conclusions.

“To expose the information being shared by smartphone apps, the Journal designed a system to intercept and record the data they transmit, then decoded the data stream. The research covered 50 iPhone apps and 50 on phones using Google’s Android operating system.”

If you think about it, your smartphone knows more about you than any other device or service could have known in the past. Your current location, phone numbers, real name, interests, demographic information- even a unique ID number that is unchangeable and permanently attached to your device.

The Journal’s investigation into how apps are sharing personal data reveals the truly intrusive nature of the mobile business. While companies like Apple are insistent that they take privacy very seriously, apps are sending personal information to ad agencies right under our noses,

“Both the Android and iPhone versions of Pandora, a popular music app, sent age, gender, location and phone identifiers to various ad networks. iPhone and Android versions of a game called Paper Toss — players try to throw paper wads into a trash can — each sent the phone’s ID number to at least five ad companies. Grindr, an iPhone app for meeting gay men, sent gender, location and phone ID to three ad companies.”

Many people use Pandora for music streaming. Were you aware that your demographic information was being sent to multiple ad networks through the app?

What was surprising about the Journal’s findings was that iOS apps share the most data. I would have assumed that the open-source nature of the Android Market would be more susceptible to undercover data mining.

Information that was almost as surprising was that apps that would seem to need the smallest amount of user data actually collect the most. 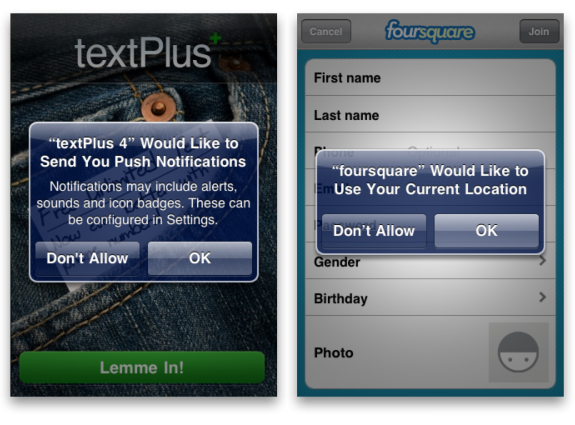 TextPlus 4, a popular iOS app for free text messaging, sent the iPhone’s UDID (a unique, traceable identifier for every iOS device) to eight ad companies and sent the user’s age and gender to two companies.

Knowing personal data, like location, can be helpful for apps to be effective at their job. Location-based apps like foursquare function by being able to use the user’s location for check-ins. What is disturbing about the Journal’s findings is that there are plenty of apps out there that aren’t upfront about the information they are sending along to ad companies.

The simplest example of this fact can be shown by asking yourself a question. Did you know there’s a good chance that multiple ad agencies know just about everything about you (including your location) through the apps you download?

It’s a pretty safe bet that most end-users don’t realize the true amount of personal data that they are inadvertently giving to apps, and in turn, mobile advertising companies. 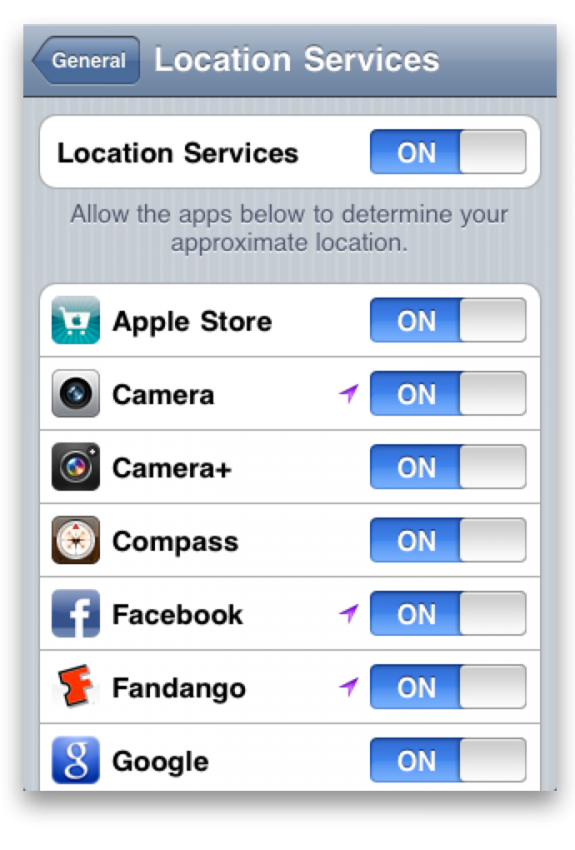 On that same token, there does need to be a degree of fairness shown. Targeted ads are the way that the mobile and web industry makes money, and app developers are simply following the money trail. Who could blame them?

Why charge for your app when you could give it away with ads, then sell the user’s information to mobile ad agencies for incredible amounts of money? You would get more downloads of your app and more revenue from paying ad distributors.

The real problem with this issue is communication. Specifically, app developers not communicating with their users. The Journal says,

Most users won’t ever look at an app privacy policy anyway, but the unsettling fact is that there are many instances were an app could share personal information without your knowledge. That’s something that needs to be brought into the light.

Ever since smartphones started having built-in GPS, user privacy has been a big issue. With all of the personal information that is stored on our iPhones nowadays, the caution needs to be even greater.

I encourage you to read the rest of the Wall Street Journal’s article on this issue. It provides some interesting insights into this privacy problem.

What do you think? Does it even bother you that apps have been, and are currently, selling your personal information to ad companies without your explicit consent?