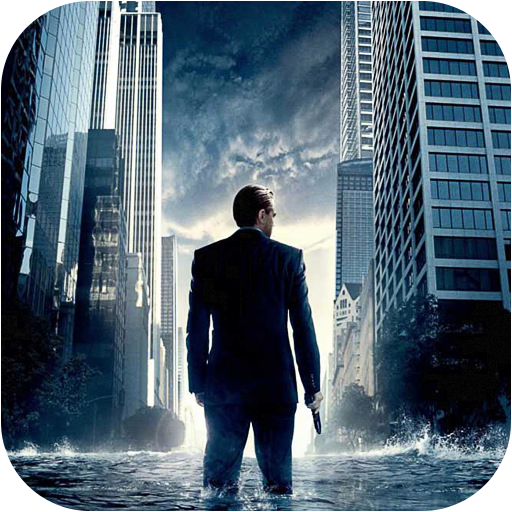 It’s not that often that an app like Inception comes along. That’s right, Christopher Nolan’s masterpiece film has its very own iPhone app!

The Inception app pioneers the use of augmented reality with sound. It synchronizes an augmented layer of music and ambient noise with the world around you.

Michael Breidenbrücker is the mastermind behind RjDJ, a platform for the production, distribution and consumption of reactive music in augmented reality. Breidenbrücker approached Zimmer and Nolan with the idea for the Inception app. The three of them decided that the Inception film would be the perfect candidate for testing this new type of augmented sound app.

I’m not going to lie, this app is extremely trippy. I tried the app out, and ended up using it for a couple hours straight to see the effect. Interestingly, it helped me focus after I got used to the oddness of the augmented sound.

The Inception app uses your headset’s microphone to pick up all of the noise around you and filter it through the app’s own music and ambient noise. This process of virtually altering the real-world is called augmented reality. 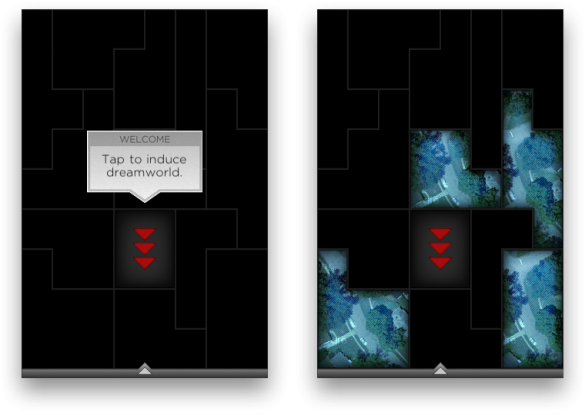 The “dream map” is the start of your dreamworld adventure. Tap on the map to discover different types of dreamworlds to experience and unlock. The Inception app uses your iPhone’s GPS to tell you where you unlocked a certain dream state. There are more dream states coming in a future update to the app.

When you enter a dreamworld, the sound through your headset’s microphone is augmented back into your ears with varied music from the Inception score. There are certain ways to “unlock” each dreamworld; whether it’s by being very still, or very active. 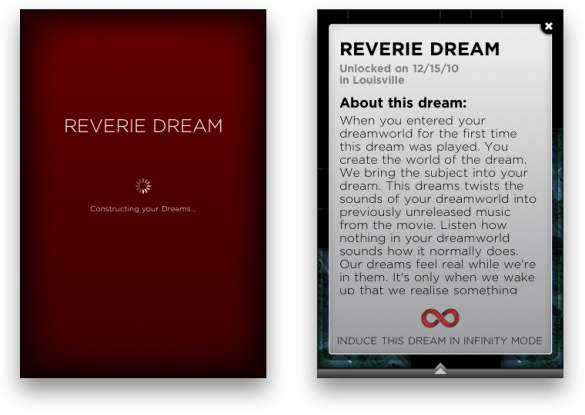 The level and type of noise coming through your microphone will give the app information on how to augment your surroundings with dreamy sound. Your GPS is also used to know whether you’re moving or in a certain location, which some dreamworlds require.

The goal of “unlocking” each dreamworld is not only for the reason of being able to get to the next one, but to be able to place each dreamworld in “infinity.” Infinity lets you stay in a dreamworld for as long as you like, providing you don’t lock or turn off your iPhone. You can even unlock “limbo” mode. (If you’re familiar with the Inception movie, you should understand.)

Keep in mind, the true interface of the Inception app is not intended to be the iPhone’s screen, but the world around you. Use this app the same way that you would your iPod. Turn it on when you’re out and about. Try it while you’re studying, working, or just relaxing. The goal of this app is to be a realtime soundtrack to your life, or your dreams.

If you’re still having trouble understanding what the Inception app does, download it and give it a try for yourself. I think you’ll be surprised.

Pick up the Inception app for free in the App Store. And visit the app’s official website to learn more about the project behind the app and watch an interview with Michael Breidenbrücke and Hans Zimmer.

What do you think? Does this sound interesting to you?