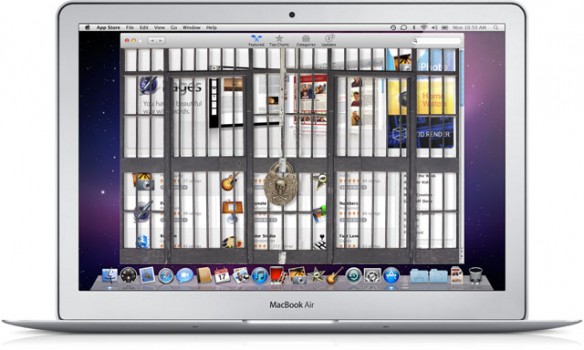 We recently reported that the creator of Cydia, Jay “saurik” Freeman, is close to releasing an official version of Cydia for the Mac. We speculated on if it was really necessary, and if it is important enough to thrive on a desktop ecosystem.

This “Mac Cydia” would seem to be Freeman’s direct attempt at the jailbreak, unfiltered version of the new Mac App Store and OS X Lion. Since the news of a Mac Cydia, there have been more details shared from Freeman himself about the goals and features of the OS X version of Cydia…

Ars Technica shared some information about the anticipated Mac Cydia and what Freeman had to say about his new endeavor,

“The (current Cydia) modifications are based on a framework called MobileSubstrate, which makes it relatively easy to install and update such modifications.

Developers who want to offer users some way to change how Mac OS X behaves—such as adding menu bars on more than one monitor, for instance—could use CydiaSubstrate to build the mod and distribute the resulting software via Mac Cydia.”

It seems that Mac Cydia will be more of a centralized OS X tweak/mod install station, rather than a competing version of the official Mac App Store. Freeman himself confirmed that Mac Cydia is not intended to be an alternate “App Store” for the Mac,

Mac Cydia will be an easier way of finding, installing and maintaining system tweaks and mods for OS X. Anyone who installs mods and hacks for OS X already knows how difficult to can be to relocate where you downloaded a mod. Managing, uninstalling and updating system mods has also never been a particularly friendly experience on the desktop.

Ars Technica divulged some information on how the new Mac Cydia will apply to the OS X ecosystem we are already familar with,

“CydiaSubstrate-based modifications can also target a particular application for modification, as well. “For instance, users that have jailbroken iPhones would like to have a modified version of iTunes that does not ask to update iOS when the device is plugged in, since the update might overwrite jailbreak modifications,”

Freeman said. “Or perhaps you want to change the frequency that TimeMachine performs backups to something other than the stock settings. CydiaSubstrate makes this possible in an easy way that average users could install and update them.”

It appears that Mac Cydia will be the go-to place for OS X tweaks and mods in the near future. Freeman recently gave a technical demo of CydiaSubstrate to OS X developers at the 360MacDev conference in Denver. During the conference, he confirmed that Mac Cydia should be released and operational within a few weeks.

What do you think? Are you excited for Mac Cydia?