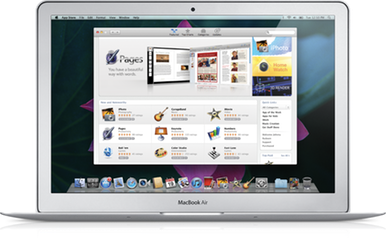 Now that Apple has announced a desktop version of the App Store, there is much speculation on what we are actually getting. There are already quite a few OS X software marketplaces out there, though none are as polished as the iPhone’s App Store.

If Apple is smart, they will likely add the Mac App Store as a way to run universal apps and release an iOS runtime platform for the desktop. Just think about it for a minute.

There isn’t much unification between doing tasks on an iPhone and a Mac simultaneously, save for the apps that sync with their desktop counterparts. Here are some predictions I have about benefits of supporting universal apps on Macs.

Meebo isn’t the most polished of the instant messenger apps available, but it does do one thing right: it knows whether you’re on the iPhone or the desktop, and only notifies you in one place. If more apps started doing this, I wouldn’t need to see the plethora of push notifications that I ignore.

Adding a platform usually adds a functionality perspective. Feature requests that spawn from the desktop versions will add all new functionality to apps in general. I predict we will see a new spike in creativity or innovation for all App Store apps.

iPhone apps are usually under $2 each.  If the Mac versions adopt this price model, I’m sure piracy will drop and the developers will earn a whole lot more.

4. Push notifications on the desktop

I’ve been scheming up ways to get my notifications sent to my desktop. My best idea so far is to develop a Notified extension to publish each notification to an RSS feed and then use a Mac app to display new feed items with Growl. FaceTime for Mac already has push notification support built in.

Will other Mac App Store apps? I’m not talking about replacing Growl. I’m talking about only seeing Push in the workspace that I’m using.

Seriously, if this idea were to take hold and apps were to run universally on Macs and iDevices, then native WiFi sync would NEED to be in effect. How else would we be able to make sure the apps are running in full synchronization between the platforms?

These are my predictions. What are yours? Do you agree with any of these?