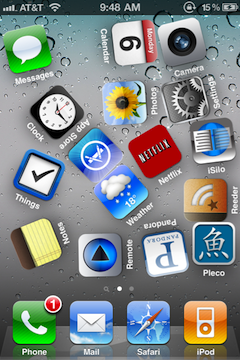 The developer of Graviboard, a jailbreak tweak that brings gravity to your Home screen, claims that it is “guaranteed to amaze your friends…” That’s a pretty lofty guarantee to make, especially when it costs a moderate $2.99.

Does the tweak defy gravity, and live up to its billing? We take a look inside…

The first thing I did when I activated this tweak was show my wife. She responded with a nonchalant, “cool.”  Honestly, that’s pretty much what I thought when playing with Graviboard; cool, but the novelty wears off in a matter of minutes.

To its credit, Graviboard does feature a decent amount of settings to customize it to your liking. For example, you can choose how you want to activate the gravity, or lack thereof, using Activator; meaning you’ll have a pretty diverse selection of ways to enable and disable Graviboard. 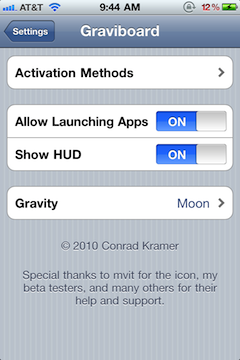 There’s also four different types of Gravity that you can enable, the default being Earth, the others being Moon, Zero, and Custom. Custom allows you to adjust a decimal value as to the amount of gravity present, which is a nice touch by the developer.

At $2.99, Graviboard is a bit overpriced in my opinion, because it’s just a visual tweak, meaning it doesn’t really add any lasting enhancements to your iPhone experience. The novelty is fun at first, and the custom gravity elements are interesting, but by and large this is probably something you will play with a couple of times, and that being only to “amaze” your friends who’ve never seen it before. 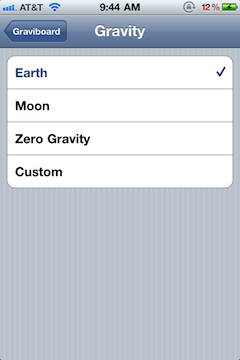 Graviboard can be downloaded from Cydia, and is only available for jailbroken iPhones running iOS 4 and up.

How do you feel about visual tweaks like Graviboard? Do you get a lot of use out of them?