After positive feedback on my last roundup, I’ve decided to start a weekly (possibly bi-weekly) list of “5 Awesome iPhone ___________ Apps” articles. To reiterate from last week, the 5 apps I will mention in this list are not jailbreak apps, so everyone can use them.

Each of these apps are fantastic task managers for your iPhone. They have their own fortes and negatives, but, in my opinion, they’re all deserving of the word “awesome.” Hope you enjoy… 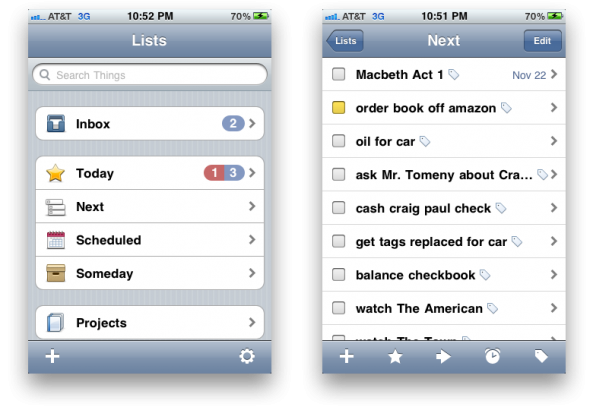 Things is one of the most used apps on my iPhone. As far as task managers go, it doesn’t really get better than this. Culture Code has developed a huge hit with Things for iOS and OS X. I use Things on my desktop as well as the iPhone. Adding, rearranging, and editing tasks with Things on the go has (literally) changed my life. I have become so much more productive by using Things to manage my tasks.

Like most products that are the best at what they do, Things isn’t cheap. But, if you really like the idea of having a super sleek and well designed app to manage the things in your life, it doesn’t get much better than this.

Pick Things for iPhone up in the App Store for $9.99. If you want to be fully legit, pick up the Things OS X client for $49.95. The only major downside to Things is no cloud syncing. You have to be on the same network to sync Things for iOS with the desktop counterpart. Hopefully, Culture Code will get on the ball soon and add cloud syncing to this almost perfect app. 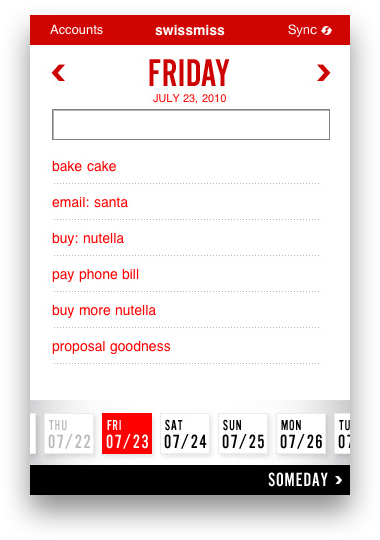 TeuxDeux is simple sophistication in a pretty package. The iPhone app works with the free, browser-based service to sync your tasks on the go. The look and feel of the app is not only visually compelling, but very capable as a powerful task manager.

You can sign up for free to use TeuxDeux as a task manager in your browser, but you’re really missing out until you use the iPhone app. With TeuxDeux, your options are pretty robust. Interfacing with your calendar for scheduled and rollover tasks is straightforward. And you can have multiple accounts, which is nice if you want to cleanly separate your professional and private life.

TuexDeux’s look is kind of like a Calvetica in task manager form. I really like it, and I hope you do too. Pick it up for $2.99 in the App Store. 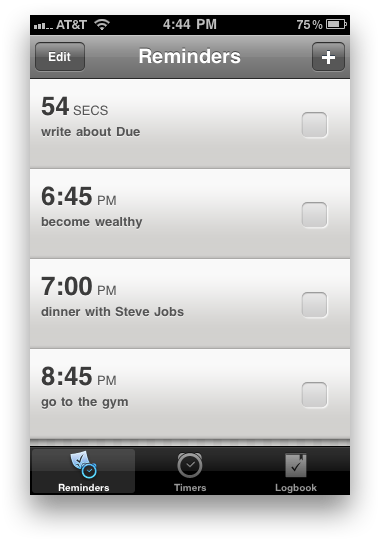 I’ve mentioned Due before, but it definitely deserves it’s place among a list of awesome task managers.“Ever wish you could jot down a task and set up a reminder really, really fast? Yeah, we do too.” Due for iPhone is the most minimal and elegant productivity app I’ve seen in the App Store.

As I’ve used Due more, I’ve realized that it doesn’t serve the same needs as someone that would use Things religiously. Due is very reliant on specific times for tasks to be set at. If you are a person that has tasks or reminders that you need at specific times throughout your day, Due will be perfect for you. Plus, the developers have recently released a huge update, which makes Due even more awesome. 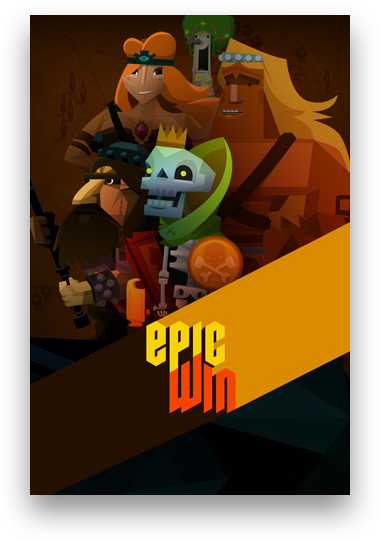 With a name like that, how can it not be awesome? Epic Win is truly a one-of-a-kind type of task manager. Epic Win’s goal is, “To make being organized as much fun as gaming.” This interesting idea takes the classic idea of a task manager, and drops it into a RPG setting.

Epic Win had a lot of hype surrounding its original release. Unfortunately, when the app originally came out, there were a lot of bugs. Many people found it to be sluggish and not worth the price. However, since then, there have been significant updates made. I believe that Epic Win is worthy of being considered as a viable task manager.

No, Epic Win will not appeal to everyone. If you’re inclined to use an app like Things for managing your tasks, chances are, you’re not going to dig the comical approach of Epic Win.

In Epic Win, you create an RPG character and begin “quests” (or tasks) with that character. For each “quest” you create, you also assign a certain amount of “Epicness” to receive upon completion. As you complete your daily quests, your character takes a “journey.” I know it sounds weird, but it starts to make sense as you use the app.

Epic Win definitely makes completing tasks feel rewarding. There’s plenty attention to detail and gimmicks that make this app a fun experience. I wouldn’t recommend Epic Win for the hardcore tasker, but if you just want to remember to do the laundry on the weekends, Epic Win will be fun to use. 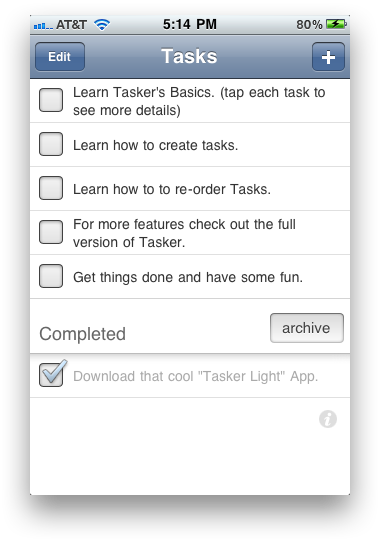 The neat thing about Tasker is that there’s two entirely different versions of the app. Tasker and Tasker Lite aren’t what you usually expect out of an app’s full and lite version. The developers probably intended for Tasker to have a greater buying incentive over Tasker Lite, but I think that the two versions serve totally different purposes.

Tasker Lite is a free, fully capable and compelling task manager. It’s kind of like the Simplenote of task managers. It’s dead easy to use, clean, fast, and functional. There’s not a lot of bells and whistles, but for a lot of people, something clean and simple is all you really need.

The difference between Tasker and Tasker Lite is slight, but still noticeable. Tasker Lite offers no specific date or time settings for tasks, but Tasker does. Tasker also lets you geotag tasks and reminders you set. I don’t really understand the appeal of geotagging tasks, but I’m sure they’re useful to some people. Tasker gives you more organization of your tasks, and Tasker Lite forces you to manage tasks in the simplest way possible.

I actually like Tasker Lite’s icon better than Tasker’s. Tasker Lite is the minimalist’s task managing dream. If you like the idea of locations being associated with your tasks, Tasker is probably the way to go. The two apps serve different purposes, so pick up Tasker Lite for free and Tasker for $2.99 in the App Store.

So, there you go. I tried to cover apps that each had a specific and interesting appeal. Hopefully, there’s one that you find intriguing. There’s definitely plenty of types of task managers out there, and these apps are some of the best.

What’s your favorite task manager for the iPhone? Do you use any of the aforementioned apps?