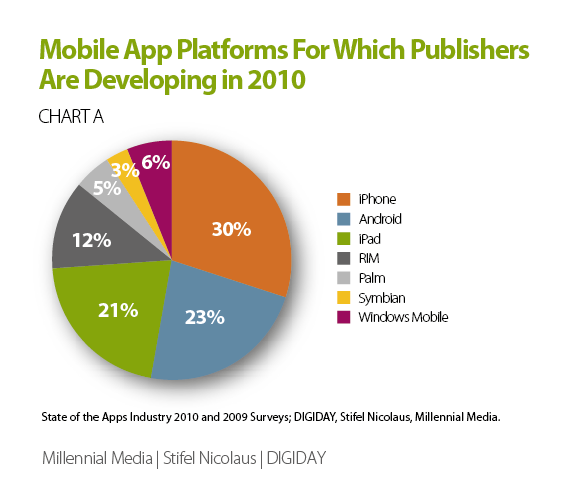 A recent study has shown that over 50% of mobile developers prefer the iOS platform. Millennial Media surveyed over 500 mobile developers and advertisers and asked them what their current and future plans were in terms of mobile application development. The survey complied a pie chart of the responses, and iOS  is still on top.

Factoring iPhone and iPad, iOS made up 51% of the current development support. Android is currently being supported by less than half of the respondents. However, when asked about their development plans in 2011, mobile developers favored the Google Android platform… 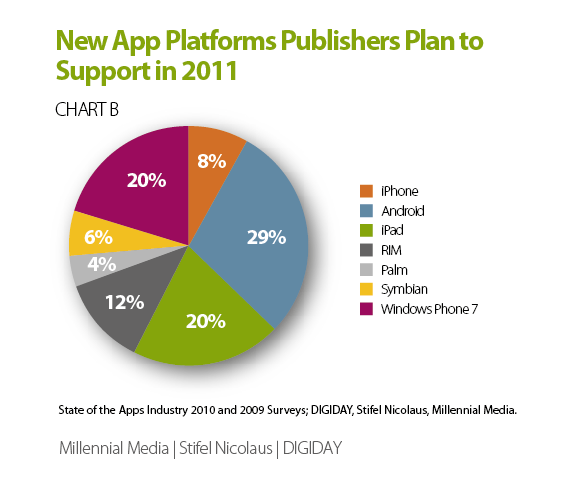 Android took a surprising lead over iOS when the surveyed developers were asked about their intended platform support in 2011. This doesn’t necessarily mean that iOS is losing traction in the market, it just speaks to the fact that Android is rising rapidly in popularity. If anything, this is a good thing for iOS.

Competition is always good in a free economy. This survey only indicated that developers have a growing appreciation for what the Android platform has to offer. This doesn’t mean that they will stop developing for iOS, instead we’ll probably start seeing a lot of popular apps available on both the App Store and the Android Market (like Angry Birds).

Is Apple losing interest from developers? No. Are developers interested in diversifying their portfolio? Yes.

Apple has nothing to worry about until developers start jumping ship for other platforms. With over 300,000 apps, Apple can sit on its padded money bills for a little while longer.