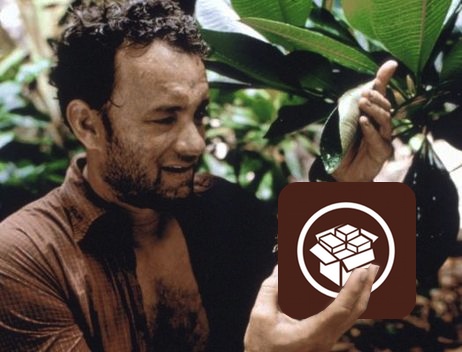 If you could only have one jailbreak app, which one would it be? I had to think long and hard about this, because there are so many great jailbreak apps that make the iPhone such a delightful device to use.

Ultimately, though, I was able to decide on one app in particular that I just can’t live without. Can you guess what it is?

No matter how great jailbreak apps and tweaks like ActionMenu, Cyntact, Infinifolders, and MyWi are, I just cannot live without SBSettings. In fact, it’s downright painful for me to use an iPhone without the loveliness that is SBSettings. If you’re reading this, I’m probably preaching to the choir, but, as you know, the iPhone just isn’t the same device without BigBoss’ wonder app.

Before any other Jailbreak apps, or any App Store apps for that matter, SBSettings is always the first thing I install. It makes managing your iPhone about a thousand times easier. With just a quick swipe of your finger you can manage all of your connections like Phone, Bluetooth, 3G, WiFi, etc. That’s certainly easier than bringing up the Settings.app every time you want to make a small configuration change.

If that wasn’t enough — and let’s face it, it never is — you can also invoke any one of the many toggles that interact with other apps. For example, I can install the RemoveBG toggle, and with quick swipe and a tap, instantly kill all of the apps running on my iPhone. It’s features like these that makes managing your phone remarkably simple and intuitive. 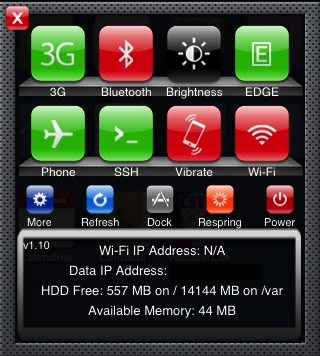 How Apple Could Get Involved

Over the years Apple hasn’t been shy about “adopting” (*wink* ) some of the great ideas that jailbreak apps have brought to the table, but, shamefully, SBSettings hasn’t been one of them. Why that is, we don’t know, yet, it’s probably the same reason that there’s no decent notification system implemented in the OS thus far as well. That being, of course, no good reason at all.

If there’s one thing that could be improved with SBSettings, it’s the look of the app. It’s probably not something you’d want to hold hands with in the mall. I’m just sayin’. But, that’s where Apple comes in! With Apple’s designers behind such an initiative, no doubt they could get the aesthetics to match said functionality.

Ugly or not, SBSettings is a jailbreak app that I will continue to use until something else better comes along. Maybe the iPhone 5, and iOS 5.0 will usher in a new era, in which the device’s functionality matches its historically good looks.

But enough about me, what about you? If you had to choose only one jailbreak app, would it be SBSettings, or would it be something else?