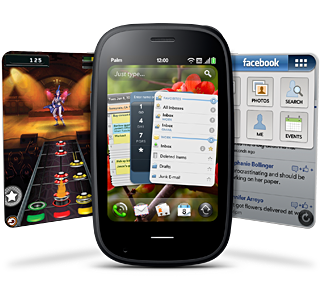 HP has just announced some new features for their 2.0 release of the recently acquired WebOS.  Some of them just seem to be playing catch-up with iOS 4.

There’s also the infamous claim of “true multitasking.”  We’ll see.  But there’s two features that I think would be awesome on the iPhone and I would love to see appear in Cydia (soon please!)…

When you place the device on the inductive charger, a default app or action launches, like a slideshow, a news app, a video, etc.  We already have Synchronicity for doing stuff while charging, and plenty of LockScreen widget apps, but do any of them specifically launch when the iPhone is charging? And is there a way for an app to recognize specifically that an inductive battery pack is being used?

This feature seems like a no-brainer.  You launch the app via Activator and you see a text field with the keyboard.  You type in it.  When you’re done, it detects what you’ve typed in and predicts what you want to do with it.  Then it launches the right app and performs the right action.  If it comes down to multiple possibilities, it asks you and learns your preferences.  URL schemes are already pretty standard in apps.  How hard can this be?

If these already exist, I want to hear from you.  If you think there’s something else in WebOS 2.0 that I overlooked, sound off in the comments.  I personally think WebOS can’t beat a jailbroken iPhone.  Do you?