After a couple of days delay, the greenpois0n jailbreak was finally released early this morning. As you all have probably heard, the highly anticipated jailbreak was delayed due to the fact that Geohot released his jailbreak — entitled limera1n — shortly before greenpois0n was scheduled to be released.

As a result the Chronic Dev Team opted to use the same exploit Geohot used, instead of simultaneously releasing their infamous SHAtter into the wild for Apple to eventually stamp out.  The release, though, hasn’t been without it’s fair share of problems… 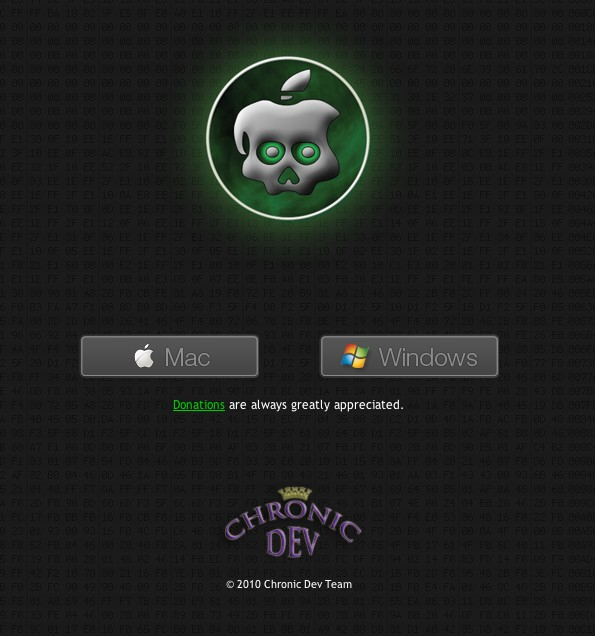 Amid reports that the exploit isn’t working exactly as expected, The Chronic Dev Team is looking towards end users to help resolve the issues.

As you can see from the above tweet, and strange absence of any file downloads when clicking the Mac link (the Windows link has since reappeared, but I have not had any success getting the jailbreak to work thus far) on the greenpois0n homepage, the Chronic Dev Team appears to have hit a few snags with their highly anticipated jailbreak solution.

Remember, though, that the team was sent scrambling when Geohot released his jailbreak — entitled limera1n — shortly before greenpois0n was due to go live on Sunday morning. This has resulted in the team having to shoehorn this exploit into the greenpois0n package, instead of sticking with their original plans.

Likely, this is the number one cause of the issues that users are reporting this morning.  Of course if you can’t bother waiting for the download links to reappear, you can always use the aforementioned limera1n which we have covered in detail.

Which jailbreak solution will you be choosing, and why?