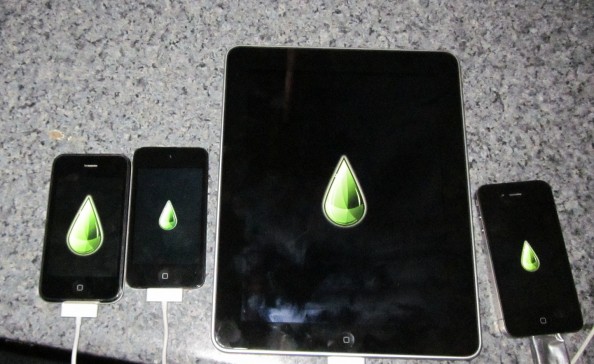 The rumor just started going around on the web that infamous iPhone hacker Geohot might be making a come back with a jailbreak for iOS 4.1. The jailbreak will supposedly called LimeRa1n and would be released on 10/11/10, just a day after the GreenPois0n scheduled release date.

We’ve heard about LimeRa1n before, and it all turned out to be just a website with no real purpose. So what’s different now? Is Geohot really coming back? He is, if you believe this image…

The problem is I don’t believe this image is real. It might or might not have been sent out by Geohot, but even if it was, it doesn’t prove anything. After all, it’s easy to put the picture of LimeRa1n on several devices, but again, this is no proof these devices have been jailbroken.

So here are my 2 guesses about what’s really going on:

1. This image might have been put online by Geohot himself. If that’s the case I really doubt he’s got a jailbreak for iOS 4.1 If he did, he would most likely want to release it before GreenPois0n comes out.

2. The second possibility is that this was completely made up by some random simply to generate fake rumors.

What’s your take on this? Do you think Geohot is back? If so, do you think he’s got a jailbreak? Is this all made up? Your guess is as good as mine.

UPDATE: Well it might be for realz after all. P0sixninja, the developer behind GreenPois0n confirmed on Twitter that Geohot was indeed coming back. I’m still very skeptical about the release date of a potential LimeRa1n.