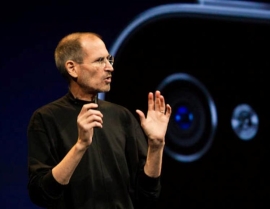 This is one of my favorite conspiracy theories. Back in March, Apple reported that an employee of theirs was drinking in the bar and lost the most recent prototype of what would be the iPhone 4. Talk about a buzz kill. Or was it?

I maintained that Apple purposely dropped the device to generate months of buzz leading up to the phone being released. That’s exactly what ended up happening. Now CNET reports that the police connected to the case have interviewed numerous Apple employees, including Steve Jobs…

Since the forced exchange of goods went down, Gawker Media (Gizmodo’s Boss) has cooperated fully with authorities as they tried to sort out what was undoubtedly their most annoying case. That being said, Gizmodo contends that they did nothing wrong. The law might disagree.

The following is a California legal dissertation from CNET’s site:

Under a California law dating back to 1872, any person who finds lost property and knows who the owner is likely to be–but “appropriates such property to his own use”–is guilty of theft. In addition, a second state law says any person who knowingly receives property that has been obtained illegally can be imprisoned for up to one year.

What do you think guys? Will anything come of this silly little spat between a well to do geek and a filthy rich geek? Maybe Apple actually did plant the phone in that bar to create the buzz they ended up receiving. Give us your theories in the comments below.