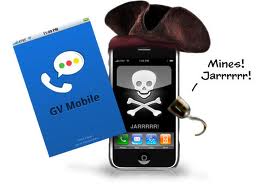 I am still kind of in disbelief about Apple’s recent and sudden restriction removal regarding the App Store guidelines. Getting reports like the following from BGR make it very real in my eyes.

Sean Kovacs, the developer of GV Mobile (Google Voice Mobile), has posted a tweet that all but says the once banned application will be likely gracing the presence of the virtual store. It reads:

Good news: I did get confirmation back from Apple that it will most likely get back in once I resubmit.

This is just the latest announcement coming from a previously restricted app and saying that under the new guidelines there is nothing to stop them. Adobe has reported similar experiences with Flash based apps being accepted.

How many of you are ready for Google Voice to be back in the App Store? I know it gets a lot of press so I am curious to see how many people are actually awaiting its arrival. Let us know your thoughts in the comments below.