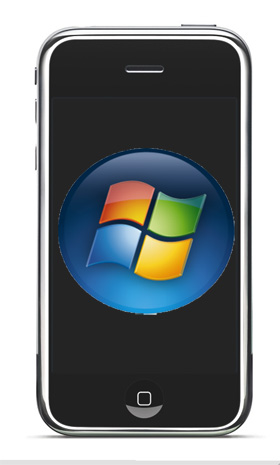 When I was in junior high school the only thing I knew about Apple was that they made computers with enormous floppy disk drives. The Discman was the hottest portable music player and it would cost you about $100 for the latest and greatest. Bill Gates was a nerdy guy who was also the richest man in the world.

Imagine if you will that Steve Jobs never came back to Apple and the quirky computer company died off, leaving Microsoft as the uncontested developer to produce us our technological fixes. Assume that the story plays out identical to the way it is today with Gates and company unveiling the now iPhone under the Seattle based company…

Business Insider did just that and looked at the stock implications this would have yielded for Microsoft. According to their figures it suggests that MS would be trading at an all time high of $70 per share instead of the $24 it rests at at today. Hindsight is a wonderful thing. 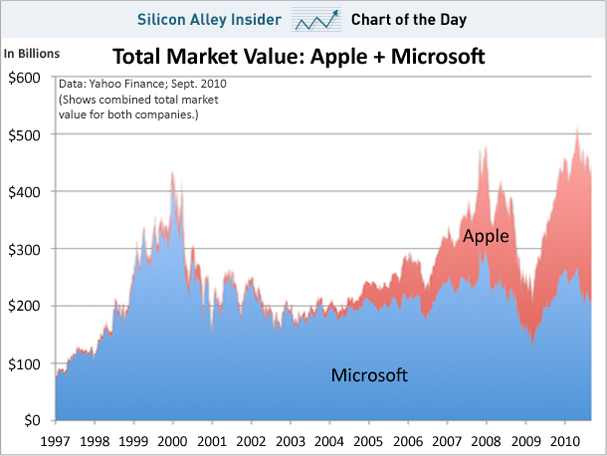 Some like myself would argue that Microsoft would have never even thought to enter the world of portable music players that are disguised as phones ; that this phenomenon could have only been crafted to perfection by a company that historically did things off the grid. Remember the ridicule Apple received over the removal of floppy disks? Tell me the last time you heard anyone complaining about that ancient dinosaur?

Some have also brought to point that Apple is becoming today what Microsoft ended up being in the 90’s. An authoritative noose on creativity that singlehandedly dictates the platform they develop on while leaving those who contest their philosophy for the wolves. Think I’m crazy? One word, Cydia.

Would a device like the iPhone exist if Apple didn’t create it? Could Microsoft be left up to designing and producing the influx of iDevices that have conquered our daily movements? I hope so but I’m not so sure. Give us your two cents in the comments below.