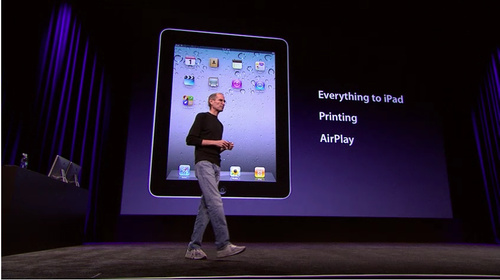 I hope you’re not holding your breath on multitasking and folders for iPad because according to Steve Jobs, it won’t be available until November of this year.

When Apple introduced iOS 4, they made it clear that it wouldn’t be available for iPad until “this fall”, so technically we’re on schedule. Still, I would have expected something sooner than that.

During a live event today, Steve Jobs made a demo of iOS 4.2 for iPad. It looks good but nothing groundbreaking.

Among the new features expected in iOS 4.2, we have: