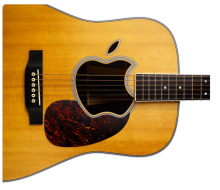 As you might know by now, Apple is holding a special event tomorrow, where the firm will presumably unveil new iPods and more. For the first time, Apple will be streaming the event live. Sounds great, right? Well, the downside is that you need a Mac or an iOS device to watch the event:

Apple® will broadcast its September 1 event online using Apple’s industry-leading HTTP Live Streaming, which is based on open standards. Viewing requires either a Mac® running Safari® on Mac OS® X version 10.6 Snow Leopard®, an iPhone® or iPod touch® running iOS 3.0 or higher, or an iPad™. The live broadcast will begin at 10:00 a.m. PDT on September 1, 2010 at www.apple.com.

If you read this blog, I assume you at least have an iPhone so watching the event shouldn’t be a problem for you. As usual, we’ll be covering the most important news as it comes.