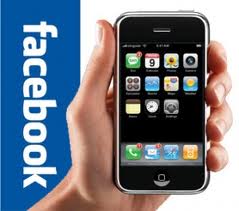 When we reported about the Facebook app update that includes their location based check-in feature Places, we had no idea how influential the iPhone was to the social media giant. The man who authors The Facebook Effect reveals some amazing statistics that, while cannot be proved (he states they are highly secretive), show just how important iDevices have become to Facebook.

The Facebook application is by far the most important application on both the iPhone and the iPad. Without the Facebook application, my own opinion is the iPhone would never have become as important as it is. It’s the single most widely used application. It’s so heavily used compared to other apps that I have been told by someone who thought he knew the data — this is highly secret data and I don’t know the actual numbers — that more than half of all usage of the iPhone of apps, other than those provided by the phone itself like telephony and email, is coming from Facebook. And on the iPad, too, it’s just a huge, huge part of usage. So in a way, Apple and Facebook are joined at the hip, and I think that’s one reason why Zuckerberg and Jobs have been spending time together.

So how many people are actually using the Facebook app on their iPhone you ask? According to the Facebook site, there are 103,578,916 active monthly users. Needless to say I’d love to be a fly on the wall during Steve and Zuck’s little get togethers. Which brings me to my next question.

Was anyone other than Sebastien a little irritated by the publicly scheduled update of the Facebook app? I’m aware of no other app getting this kind of treatment. Apparently 100 million people go a long way. Let us know what you think of the Apple-Facebook relationship in the comment section below. Now if you’ll excuse me I think I’m going to be sick.