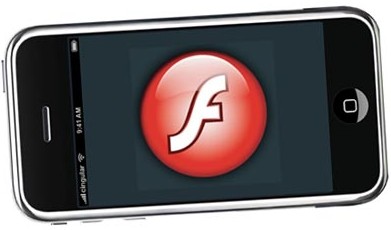 The Telegraph posted an interview with Adobe CEO, Shantanu Narayen, which inevitably included talk of the Adobe vs. Apple dispute. Narayen stated the following, which basically means that the software company is “over it”. Here’s the word for word :

They’ve chosen to keep their system closed and we’d rather work with partners who are interested in working with us.

We believe in open systems. We believe in the power of the internet and in customers making choices and I think a lot of the controversy was about their decision at that point. They’ve made their choice. We’ve made ours and we’ve moved on.

It’s a business decision. With the energy and innovation that our company has, we’d rather focus on people who want to deliver the best experience with Flash and there are so many of them.

I can’t help but notice the undertones here, but the man has a point. Several capable smart-phones have adopted Flash in their devices. Heck, even a jailbroken iPhone will (kind of) give it to you.

Whether or not Adobe cares anymore is not what Steve Jobs, and Apple, should be worried about. The FCC denied Adobe’s request of information regarding their claim against Apple, while the European Commissions recently joined the party. We at iDB will continue to provide you with the drama surrounding this story. Until then, we’re gone in a flash. I Couldn’t resist.