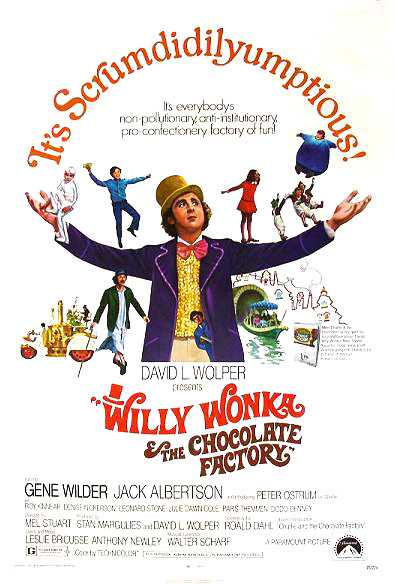 After Monday’s keynote address by one of the most recognized and charismatic people in the industry, I couldn’t help but be in awe of Apple’s latest creation. It didn’t matter that there was no mention of a Verizon iPhone in the works, or that the screen size was gonna stay at a complacent 3.6″.

It was all the magic, the way they presented FaceTime and iMovie for the iPhone with HD recording. It was the fact that 9 years ago, this was done in a tiny lecture hall in front of a handful of people when Steve Jobs introduced the first ipod.

Just to think about the type of evolution that has taken place in consumer electronics, mobile phones and media players in particular is mind blowing. And as much as most people hate to admit it, the juggernaut from Cupertino is responsible for a lot of the industries progress. From the iPod to the iPhone and iPod touch, and now more recently the iPad, Apple seems to pick areas in the market where there’s not a a dominant leader, and set a standard.

Full touch screen phones were a joke before Apple came in and set a standard, no stylus, no combing the internet for compatible applications. Same can be said for iPad. The tablet industry was made up of heavy, stylus only machines that took up as much space as a regular laptop, so weren’t too practical as a notebook substitute.

If you watched the iPad get introduced, one ‘buzz’ word Steve Jobs kept mentioning was “magic.” This was a magic device that completely revolutionized how you could interact with a computer. And even though the naysayers put in their 2 cents, “where’s the webcam, where’s the usb port, etc.” after selling 2 million iPads in the first 60 days, it’s safe to say Apple’s got another hit on their hands.

And with a slew of tablets scheduled to hit the market later this year, also running mobile phone operating systems (Android, web os anyone?), once again Apple has set a standard in an area that had no definite leader, not to mention, setting the bar awfully high in terms of design and function.

Not only has Apple been a constant leader in the industry, their products have garnered near celebrity-like attention, especially their unreleased ones. As typical before any large Apple event where Steve Jobs is scheduled to keynote, the gadget blogs and mac-focused web sites were swirling with rumors of possible product announcements.

This year even saw a story unfold that captured the world’s attention involving a prototype of Apple’s new iPhone 4 design in a tale that save for the lack of murder (yet?), would fit right at home on any one of Jerry Bruckheimer’s prime time crime shows.

In fact Steve Jobs himself has grown to celebrity status. He was seen attending the Oscar’s this year, where his new magical device was used through out the night to read off winner’s of various Academy awards. The iPad continued to make cameo’s in TV shows and garner attention up to it’s April 3rd launch date.

Much like the iPad, the new iPhone stirred up all kinds of discussion among tech blogs and gadget forums alike. What size camera will they use? Will they finally implement multitasking, the prototype appeared to have a front-facing camera, will video calls finally be a main stay here in the U.S.?

We talked about this thing until we were blue in the face, and why? It’s simple. Steve Jobs has become a present day Willy Wonka. We all wait outside his factory in Cupertino, and try to imagine what goes on inside. I myself picture an almost Utopian like society where mythical creatures run about amongst wizards who wave their wands and things like iPads just kind of appear.

Whatever your mental image, chances are, yesterday when Steve Jobs took the stage you were glued to your phone or computer, hanging on every announcement Mr. Jobs made about the new iPhone.

And if you weren’t one of the millions who tuned in to Macrumors.live or Boy Genius’s coverage of the event, you are at least aware of its existence and probably could tell me when the device will become available.

This phenomenon had not become so evident to me until today visiting my local post office, I overheard a clerk who was well over 60 years old (not profiling, just telling you facts) discussing with another senior citizen the problems Steve Jobs had during his keynote yesterday accessing the internet on the new iPhone due to 500+ wifi devices running. Even when Microsoft and Bill Gates were at their peak of domination, they never produced this much media attention.

Call it “magic”, call it innovation, call it whatever you want, but just a few days after the announcement of the new iPhone 4, people are already guessing what the next Apple product to receive a refresh will be. A new mac mini? A revamped Apple TV? A “magic” touch pad device? Apple’s ability to make something that appeals to everybody due to sexy design and simplicity is only out done by its own way of capturing our imagination and making us “think different.”

In fact this is the one company where someone says “what will they think up next?” and your mind really ventures off into the seemingly  impossible because with Willy Wonka and his Cupertino factory, you never know how to answer that question.