Today Apple unveiled the long-awaited and imazing iPhone 4. Despite the fact Gizmodo spoiled the announcement, I’m still more than impressed with what I saw. Enough boring talk, let’s see what this iPhone 4 has to offer.

Features of the iPhone 4 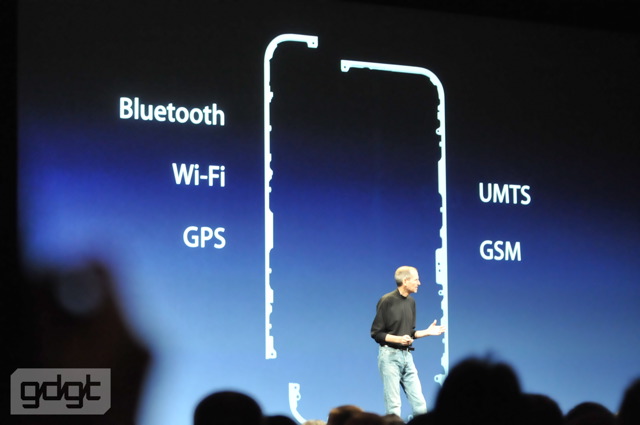 If you look at the edge of the iPhone 4, you will see 3 lines that are part of the structure of the device. With the iPhone 4, Apple introduced something new. The stainless steel band around the iPhone is actually part of the antenna system.

In other words, the iPhone 4 has got integrated antennas right in the structure of the phone. 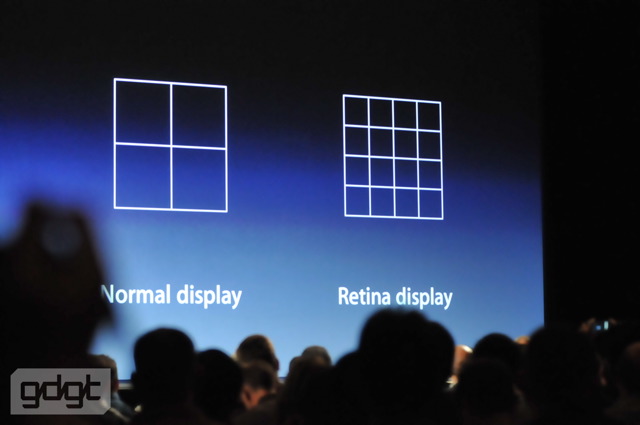 In any display, there are pixels. Retina Display dramatically increases the pixel density by 4 in the same amount of space.The result is that you get far more precised display. 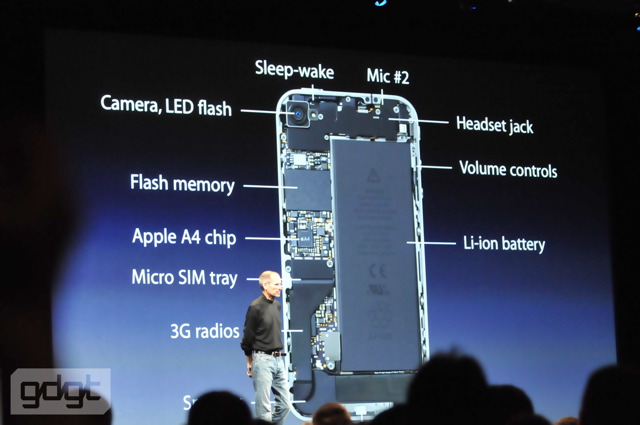 Apple went with a Micro SIM because they needed the place for everything else, especially for the battery, which is the largest component of the iPhone 4. 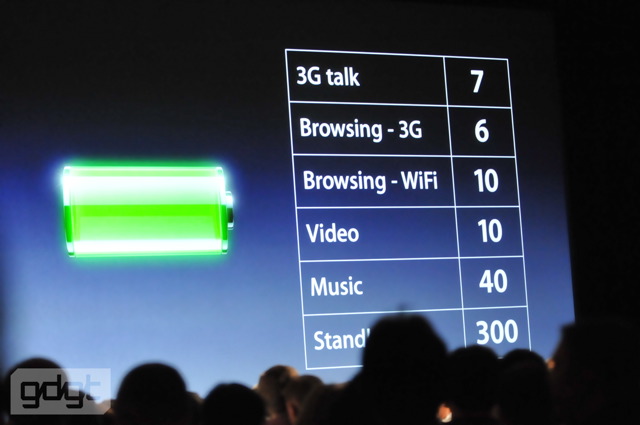 Because Apple gave the iPhone 4 a bigger battery and also because the A4 chip is better at power management, the battery life has been considerably improved. A fully charged iPhone 4 battery will get you as far as this 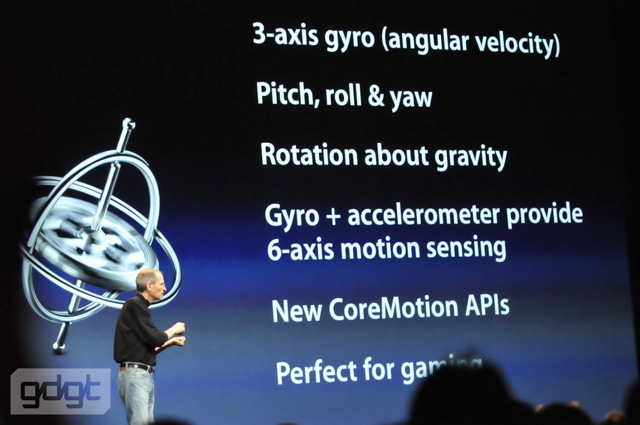 Don’t know what a 3-axis gyroscope is? Don’t worry, I guess no one knew what it was until Apple introduced it today. I’m still very confused what this is about but I’m sure we’ll learn more in the next few days.

My guess is that this is a much-improved accelerometer that will make your gaming experience better. 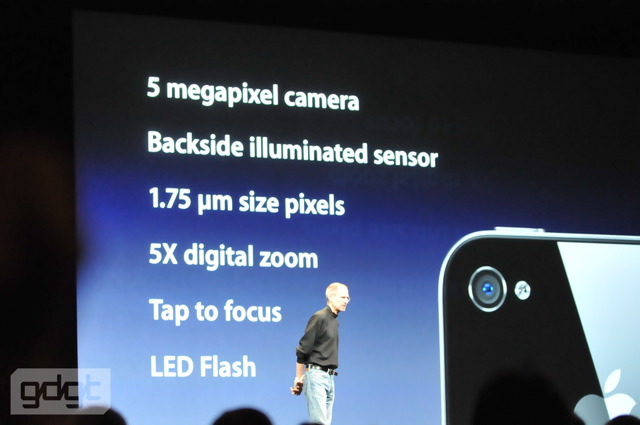 I was right when I predicted Apple will add a 5MP camera to the iPhone. Like Steve said, megapixels are nice but cellphone cameras are about capturing light. Apple kept the pixel sensors the same size while increasing them to 5MP.

Last but not least, the iPhone 4 also has a 5X digital zoom and a LED flash. 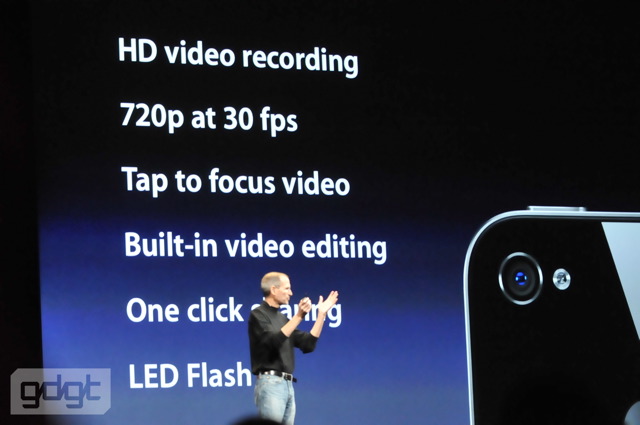 With such a nice camera, a powerful chipset, and a beautiful display like the iPhone 4, HD video recording doesn’t really come as a surprise.

The iPhone 4 will record full HD videos, with 720p at 30 frames per second (that’s just amazing) and will come with built-in video editing, and one-click sharing (YouTube, MMS, email, etc…). 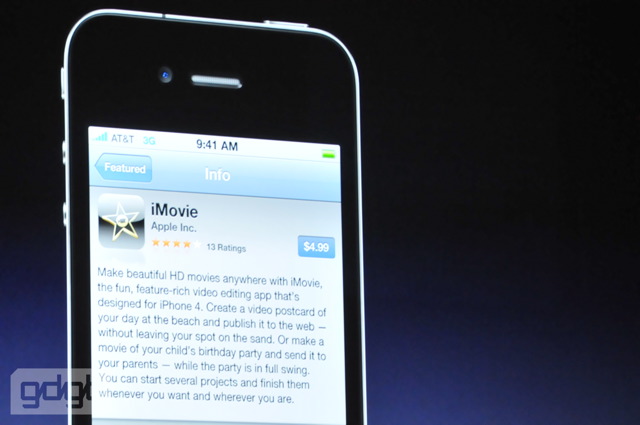 Ok, now I’m going completely nuts just typing this. I can’t wait to have my hands on the new iPhone 4.

For great videos, you need a great video editor. That’s what Apple created with the iMovie for iPhone app.

With iMovie for iPhone, you will be able to edit your HD videos, add titles, transitions, import music from iTunes. According to Apple (and I believe it), there is nothing remotely comparable to this in terms of mobile video editing.

iMovie for iPhone will be for sale in the App Store for $4.99. 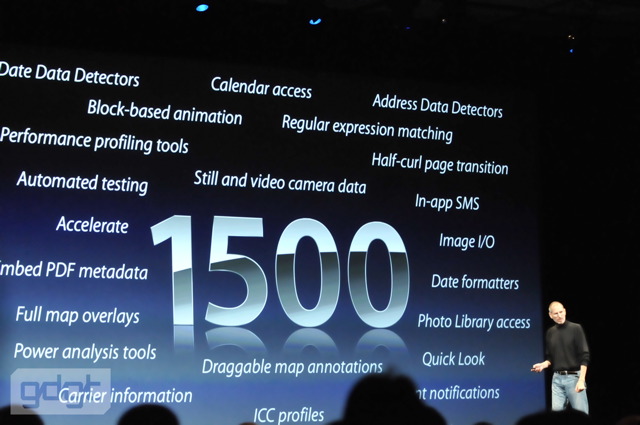 Apple renamed iphone OS to iOS. Why? I suppose the “phone” wasn’t needed anymore now that the same OS goes into the iPhone, the iPod Touch and the iPad.

iOS4 comes with over 1,500 developer APIs, the biggest of them being multitasking.

iOS4 will come to the iPhone 3G, 3GS and iPod Touch for free on June 21st. 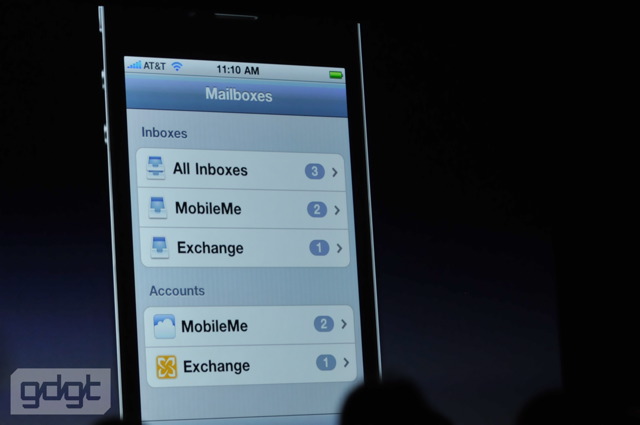 That’s one simple feature I’ve been waiting for a long time. Now you can get all your emails in one convenient spot.

Bing is not the default search engine 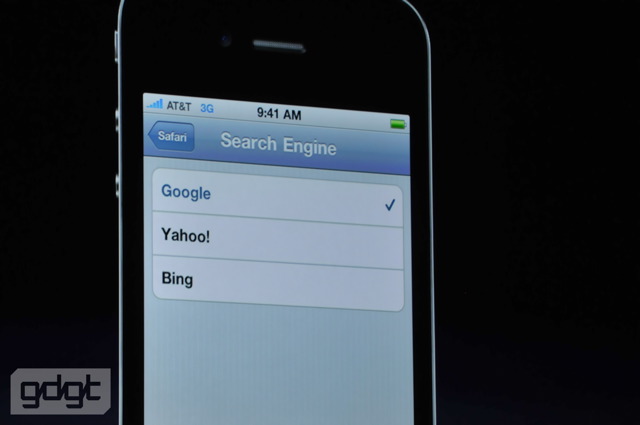 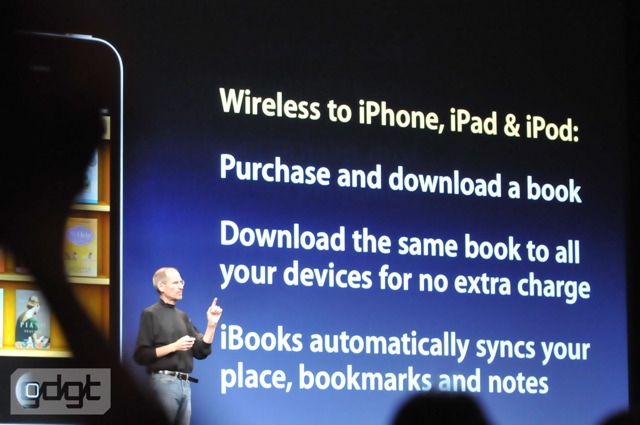 If you liked iBooks on the iPad, you will love it on the iPhone 4.

iBooks for iPhone has the same controls, the same highlighting, the same bookmarking, and the same PDF reading as iBooks for iPad. If you get a PDF in your emails, tap on it and you’ll directly be taken to iBooks where you’ll be able to read, bookmarks, create notes, etc…

Buy one book on your iPad and you can get it on your iPhone for free. Even better, all your notes and bookmarks will automatically sync between both devices. 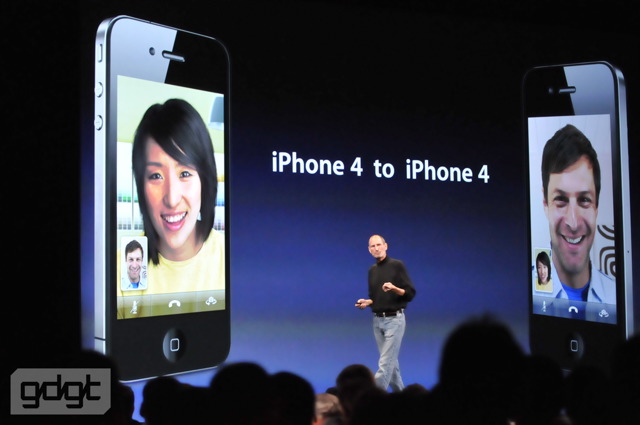 This front-facing camera is going to be very useful to make video calling with the iPhone 4.

The downside is that FaceTime is only for iPhone 4 to iPhone 4 and only works over wifi. Apple says they are talking with cellular providers to get things ready for them. AT&T must be shaking right now…

The upside? Apple is going to make FaceTime an open industry standard. I’m not sure but I think this means that devs will be able to work around it to integrate it in their apps (Skype?).

Steve Jobs confirmed that AT&T will be offering generous upgrade offers to anyone whose iPhone contract expires sometimes in 2010. If you’re one of those happy people, you’ll be able to get the new iPhone 4 at the same $199 or $299 as a new AT&T customer. 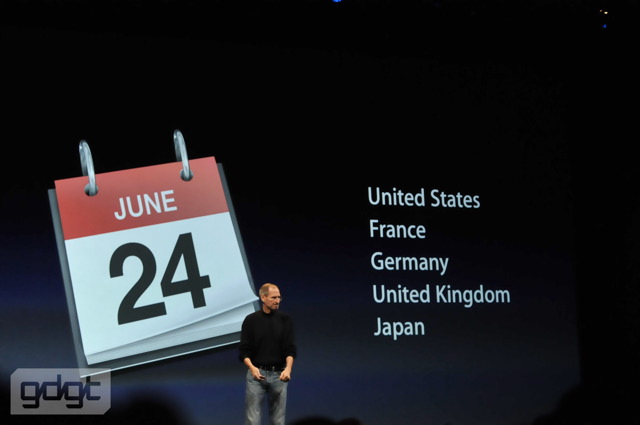 Forget the crazy rumor saying the iPhone 4 would be on sale the same day as the announcement. That was just silly.

The iPhone 4 will be available for pre-order on June 15 and will be for sale in 5 countries on June 24 (US, France, UK, Germany and Japan). 24 more countries will get it in July, and 88 more in September. 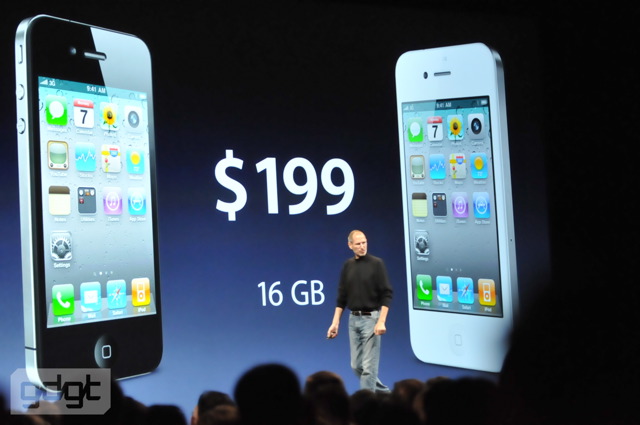 First, I really want to thank Ryan Block and all the Team at GDGT who provided me with all the images and part of the info contained in this article. Thanks GDGT.

I really trashed Apple and the iPhone 3GS last year because this device didn’t bring anything new. This year though, it’s an all new device, much more powerful and packed with features I couldn’t have dreamed of.

This is the Apple I like. This is a product I want to buy. This is something I believe in. The iPhone 4 is more than ever the phone of the future.

I’m not into waiting in line but I will pre-order my iPhone 4 as soon as it is possible.

What do you think of the iPhone 4? Are you impressed? Surprised?