Earlier this week, we shared how palera1n team developer Mineek was working on an all-in-one app for the MacDirtyCow bug on iOS & iPadOS 15.x-16.1.2 that would compress several options into a single sideloadable app. This would make it so users wouldn’t need to install several apps to accomplish the same result.

If you were interested in trying such an app, then you might be happy to learn that it’s now available for testing. Mineek announced just yesterday via Twitter that the dirtycowapp project was available on GitHub, and provided an alternate link for those who don’t have GitHub accounts.

Currently, the app supports features such as making the keyboard silent, hiding the Dock, using folder backgrounds, and hiding the Home Bar, among other odds and ends. Each of these changes takes effect after a respring, and reverts back to default following a reboot — this is a limitation of the MacDirtyCow bug. 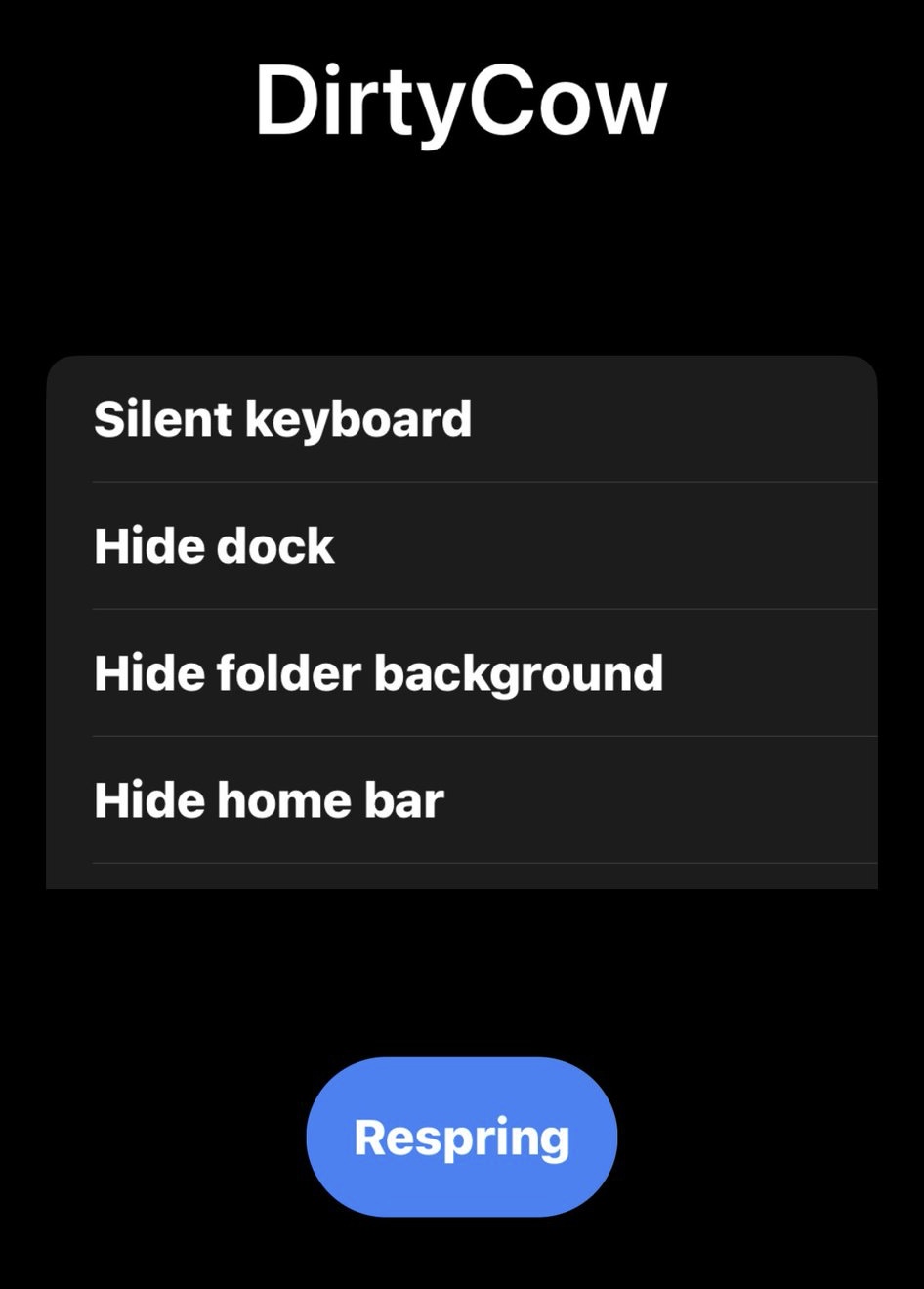 Installing the dirtycowapp involves downloading the .ipa file and then sideloading it with AltStore or Sideloady. Use of TrollStore to perma-sign the app is also possible, but some users have reported issues using this method.

While the list of features currently supported in Mineek’s dirtycowapp is limited at this time, the developer plans to add more as they’re discovered. The goal is to have an all-in-one app that makes using these customizations easier than ever, especially since it can be a nuisance to re-enable them all after every reboot.

Are you going to be trying Mineek’s dirtycowapp? Let us know in the comments section down below.