Those donning a jailbroken iPhone who might be interested in adding a splash of color to their handset’s Status Bar will likely want to try a newly released and free jailbreak tweak called ColorBar15 by iOS developer DTCalabro. 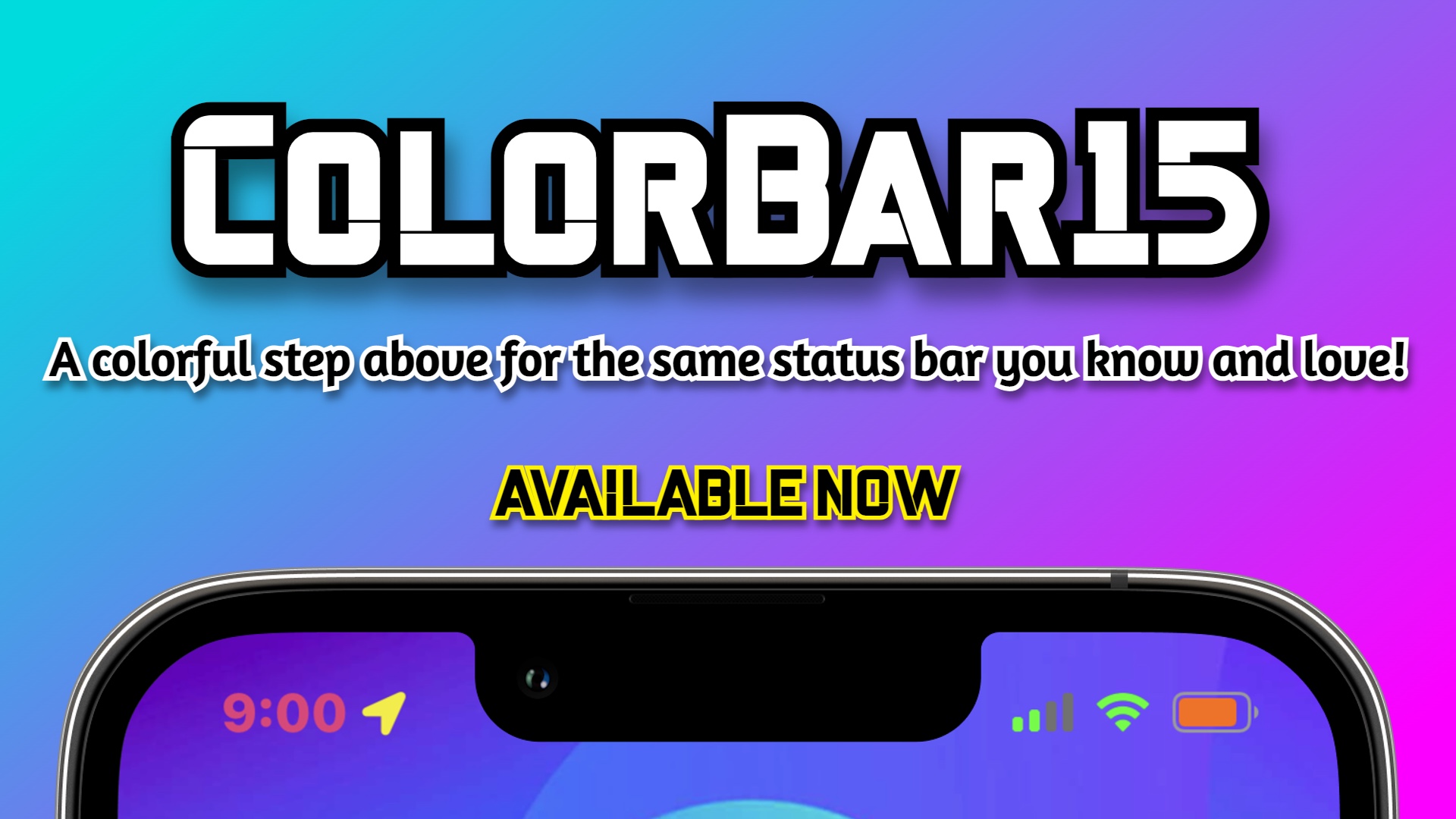 ColorBar15, much like the name implies, is a Status Bar colorization jailbreak tweak for pwned iOS 15 devices. According to the developer, ColorBar15 supports rootless jailbreaks like XinaA15, but should also play nicely with other jailbreaks as well, such as palera1n.

As you can see in the screenshot example above, the tweak can colorize each object in the Status Bar independently, which includes:

The developer says that more is currently planned for ColorBar15, such as a reworked configuration system with support for saving, loading, and restoring configurations and the ability to change the colors of activity glyphs (like Do Not Disturb, Airplane Mode, and Personal Hotspot) separately of one another.

From what we can gather, this is currently DTCalabro’s first jailbreak tweak, and they are trying to acquire feedback from users to enhance their projects. DTCalabro says they plan to release more jailbreak tweaks in the future.

If you’re interested in trying the ColorBar15 jailbreak tweak on your pwned iOS 15 device, then you can download it for free from DTCalabro’s personal repository via your favorite package manager app.

Those who aren’t already using DTCalabro’s personal repository can add it to their package manager app of choice by using the URL that we’ve embedded below:

Do you plan to colorize your pwned iOS -5 device’s Status Bar with the new ColorBar15 tweak? Let us know in the comments section down below.