This past Wednesday, we saw the public testing release of the XinaA15 jailbreak tool for A12-A15 devices ranging from the iPhone XS to the iPhone 13 Pro Max running iOS 15.0-15.1.1, and while it supported tweak injection, there was an issue where users couldn’t sign in to repositories such as Havoc or Chariz via package managers like Sileo and Zebra. This, of course, meant that users couldn’t install their previously-purchased tweaks. 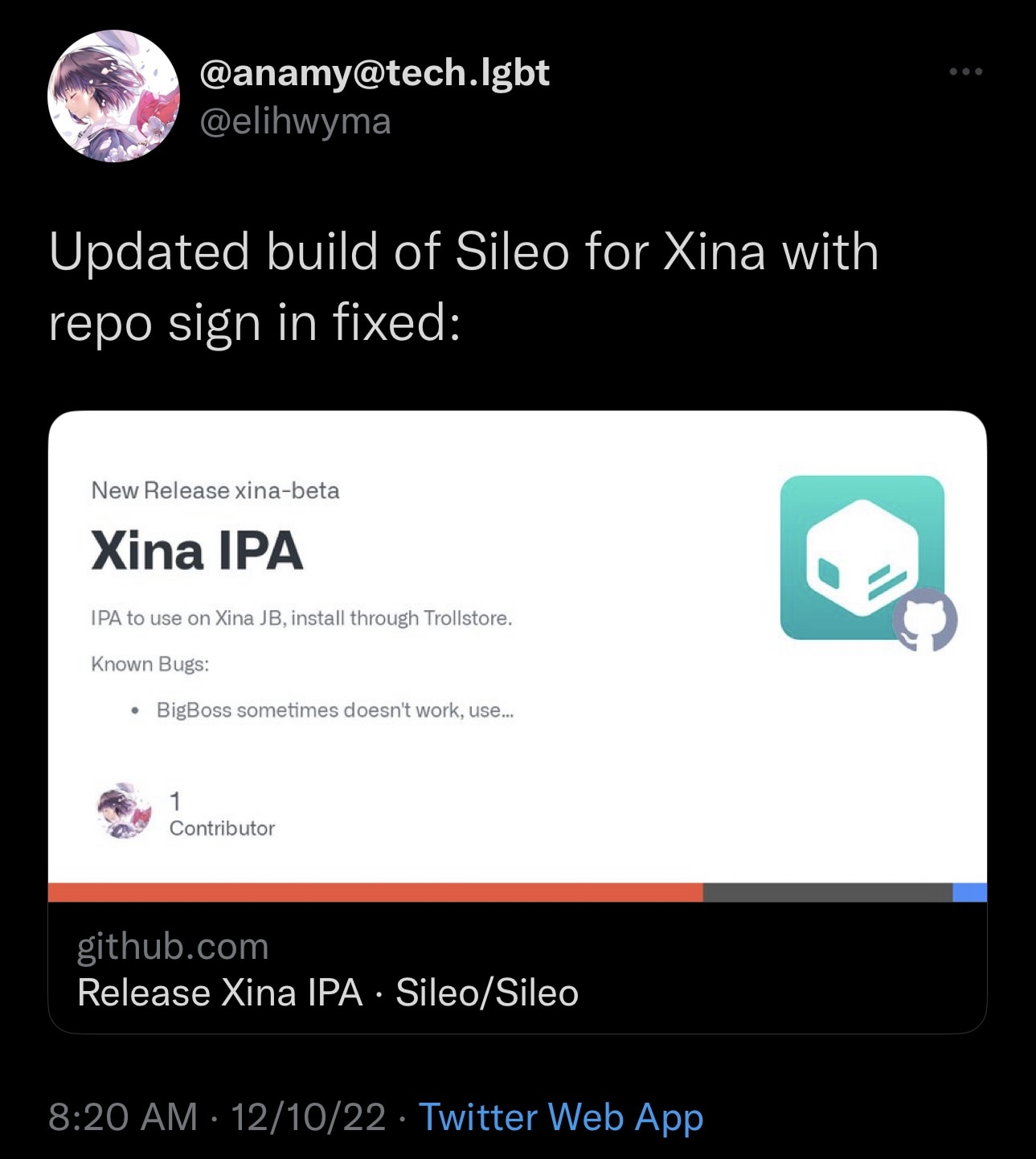 At least one of these package managers is now fixed, however, as Sileo Team member Amy While took to Twitter this weekend to share a GitHub link to an updated build of Sileo that should now allow XinaA15 users to sign in to their repositories and access their paid jailbreak tweak downloads.

If you attempt to install the latest version of Sileo through Sileo or Zebra as an update, you aren’t going to find it. That’s because the new build is only available as an .ipa on GitHub and must be installed with TrollStore. This process is known as perma-signing, and it feels very similar to sideloading except that perma-signing installs the app permanently via a CoreTrust bug and won’t require re-signing every seven days.

The GitHub page also warns that the Sileo-Preboot that comes pre-installed with XinaA15 must be uninstalled before attempting to install the new build of Sileo.

While the new build of Sileo is certainly a workaround, it’s not without its quirks. TrollStore developer opa334 commented that he was receiving a string of errors while trying to use it, and Amy While responded saying that the .ipa was based on an unfinished update and that restarting the app a few times would circumvent the errors: 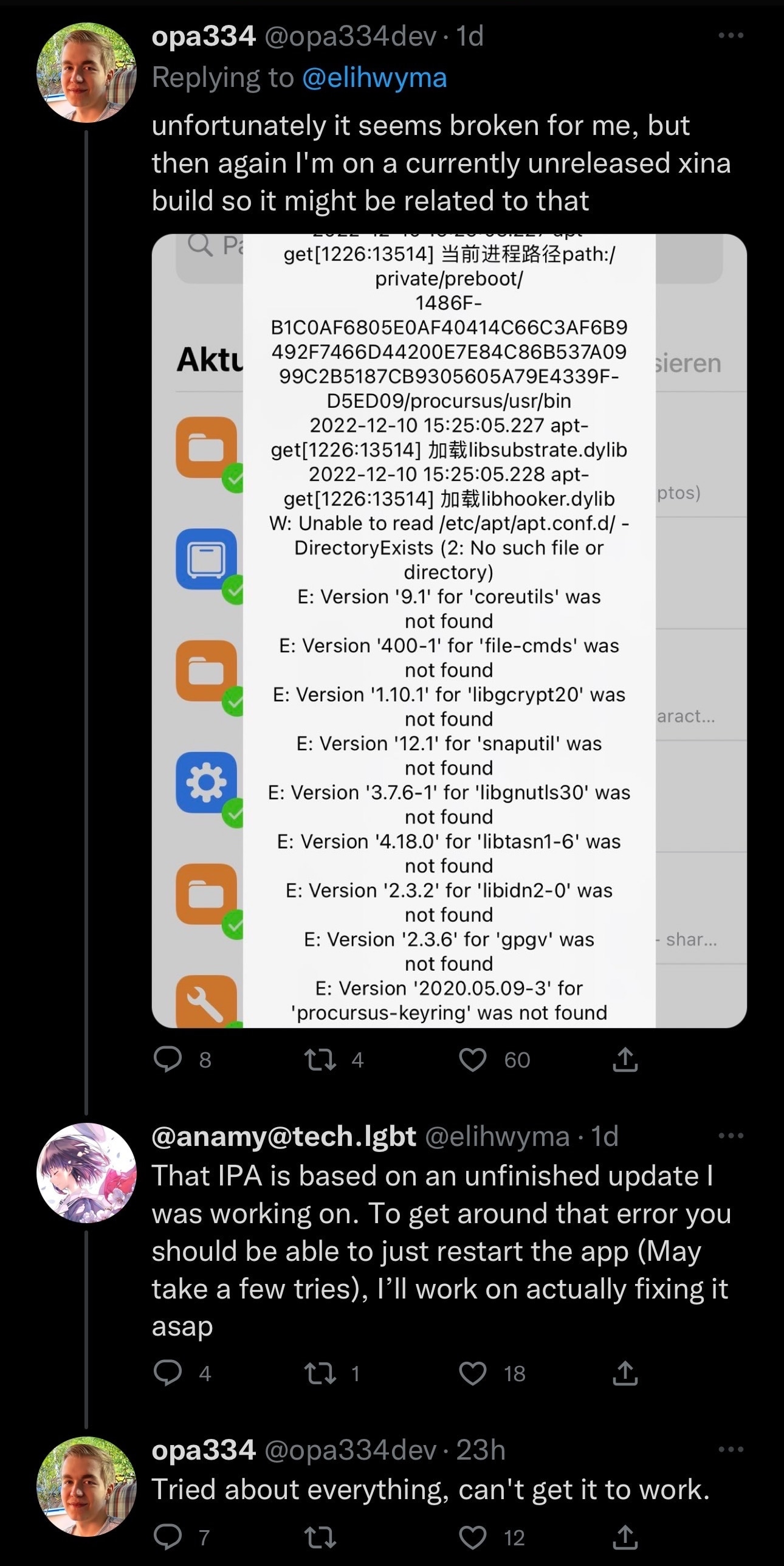 An actual fix regarding the conversation above may come in a future update, but no other information is known at this time.

Given the experimental nature of XinaA15 at the time of this writing, most jailbreakers should hold off from using it until it’s stable enough to be used by the average user. XinaA15 developer @xina520 has already committed to making the jailbreak more stable, so it’s just a matter of time. Patience is advised.

The latest build of Sileo for the XinaA15 jailbreak can be had from the Sileo Team’s GitHub page. Please take into account that everything is considered a working beta and isn’t yet recommended for ordinary jailbreakers as bugs may be encountered.

Are you excited to see things moving in the right direction, albeit slowly? Let us know in the comments section down below.