iOS developer PoomSmart is at it once again, showing us just how easy it would have been for Apple to give older device users access to iOS & iPadOS 15’s latest features, but instead limiting them to newer devices to enhance their appeal. 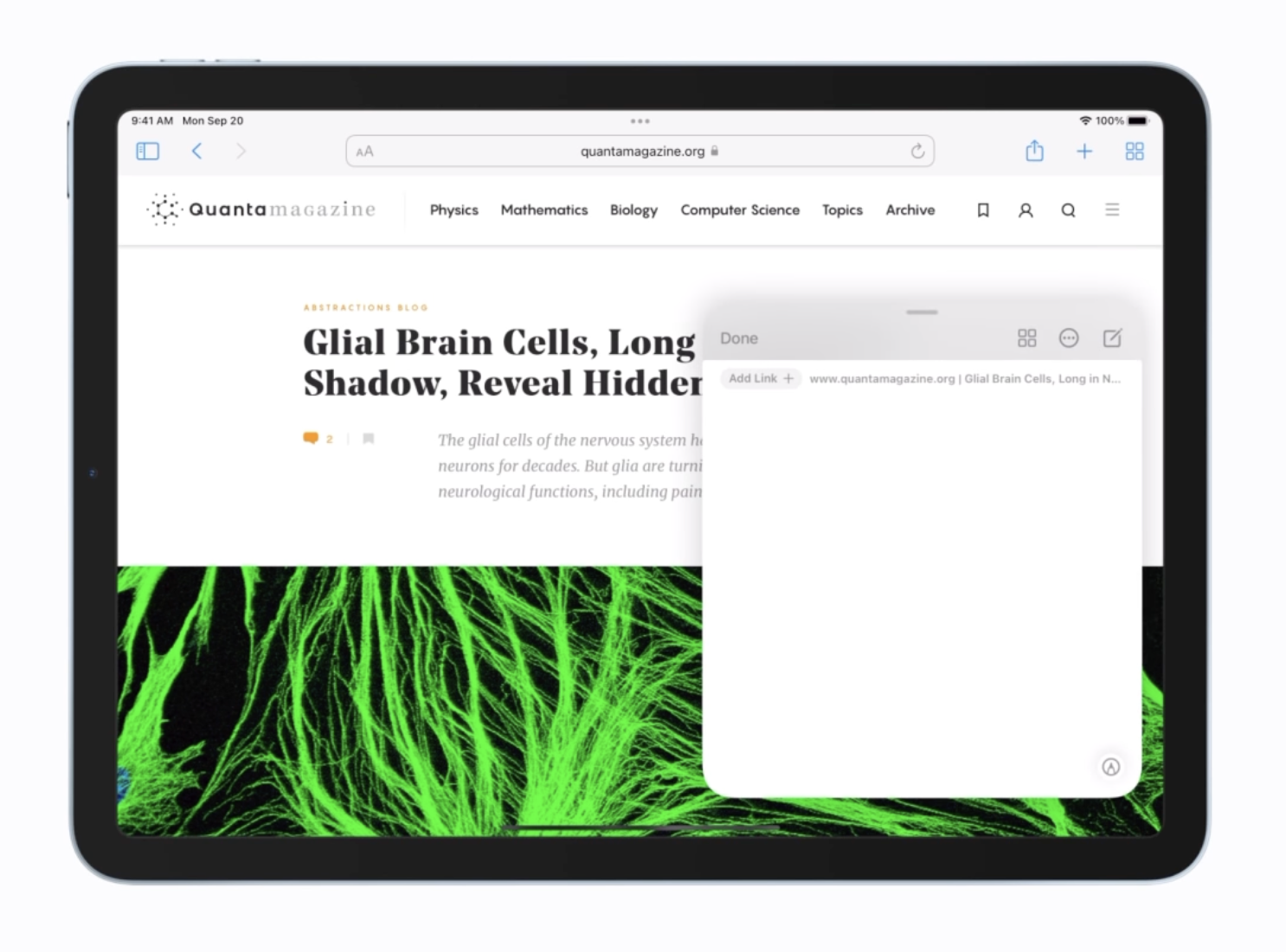 Quick Notes, for those unaware, is a convenient feature for iPad users who want to quickly jot something down without going through the cumbersome process of unlocking their tablet and finding the Notes app to begin typing or writing.

Quick Notes are available from any interface on the iPad, which adds to its convenience. Moreover, a thumbnail for making Quick Notes should appear every time you select something in an app, such as Safari for instance.

Starting a Quick Note any other way is as simple as swiping up from the bottom right corner of the iPad and either using your finger or Apple Pencil to input what you wish to jot down. Anything you put there will be accessible via the Notes app later.

PoomSmart’s latest jailbreak tweak joins a slew of others, with the most recent being Live Text Enabler, that proves how these features certainly do work on older hardware, but are artificially disabled by Apple in order to make newer devices seem like the better buy. Jailbreaking, of course, removes these silly limitations, allowing you to use them without spending more money.

Those interested in giving the new Quick Note Enabler jailbreak tweak a try can download it for free from PoomSmart’s personal repository via their favorite package manager app. The tweak supports jailbroken iPadOS 15 devices only, and specifically those pwned via palera1n, since it’s not a rootless jailbreak.

Anyone not already using PoomSmart’s personal repository can add it to their package manager app of choice by using the URL provided below:

Do you plan to enable Quick Notes on your jailbroken iPad running iPadOS 15 with Quick Note Enabler? Let us know in the comments section down below.