iOS 16 introduced the native Status Bar-based numeric battery level percentage for notched handsets for the first time since the iPhone X debuted in 2017. All this despite how non-notched handsets have had it this entire time… *slow clap.* 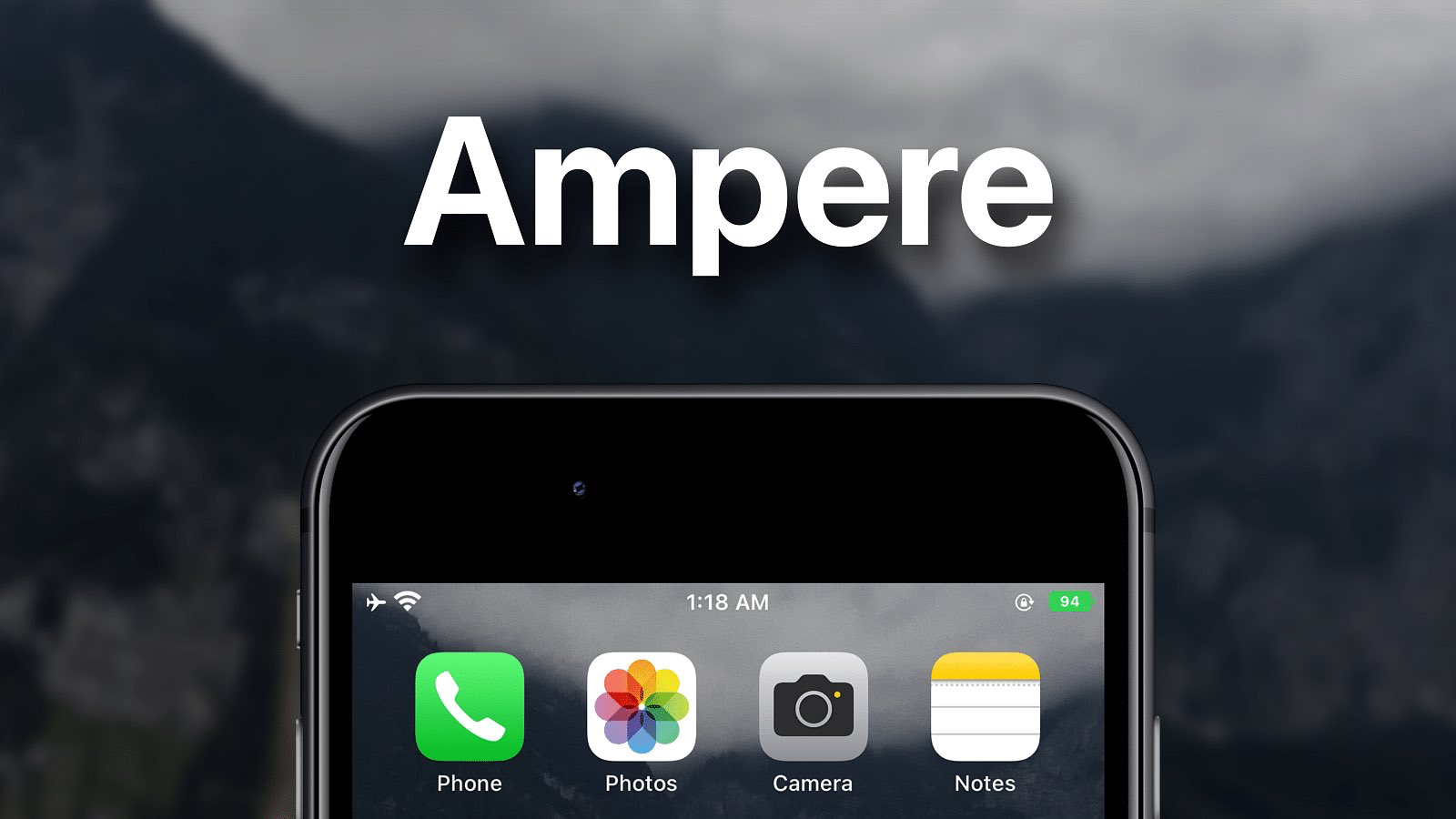 While many iPhone users are happy to finally have this feature at their disposal, the fact remains that jailbreakers on iOS 15 or earlier won’t have access to the native feature, but can instead use third-party alternatives in the form of jailbreak tweaks, the latest of which is one called Ampere by iOS developer MTAC.

While most Status Bar-based numeric battery level percentage tweaks are based on custom designs, Ampere is actually based on the native iOS 16 design. More specifically, the pre-iOS 16.1 design. 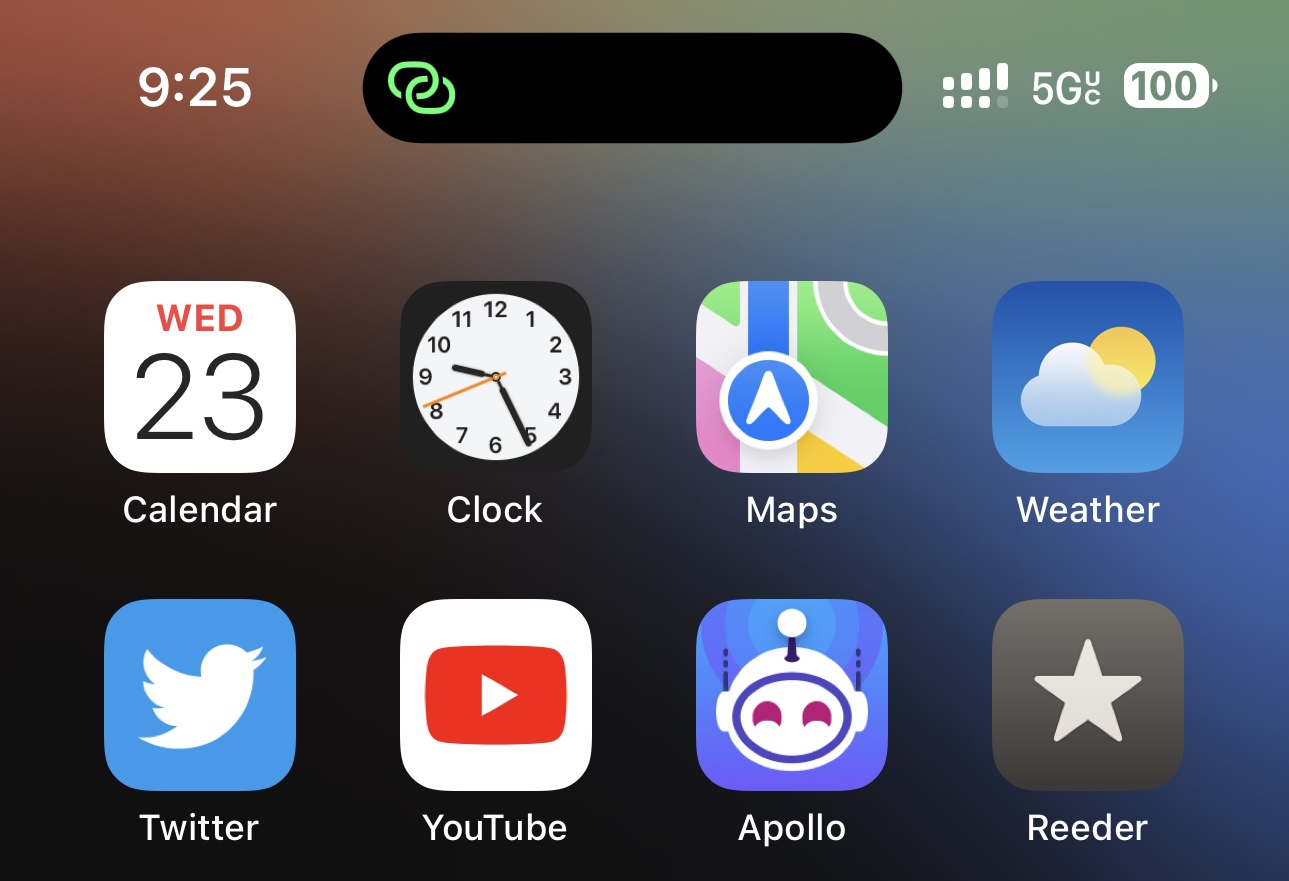 At this time, Ampere doesn’t come with any options to configure, however users can toggle the tweak on or off from the Settings app with the dedicated toggle switch: 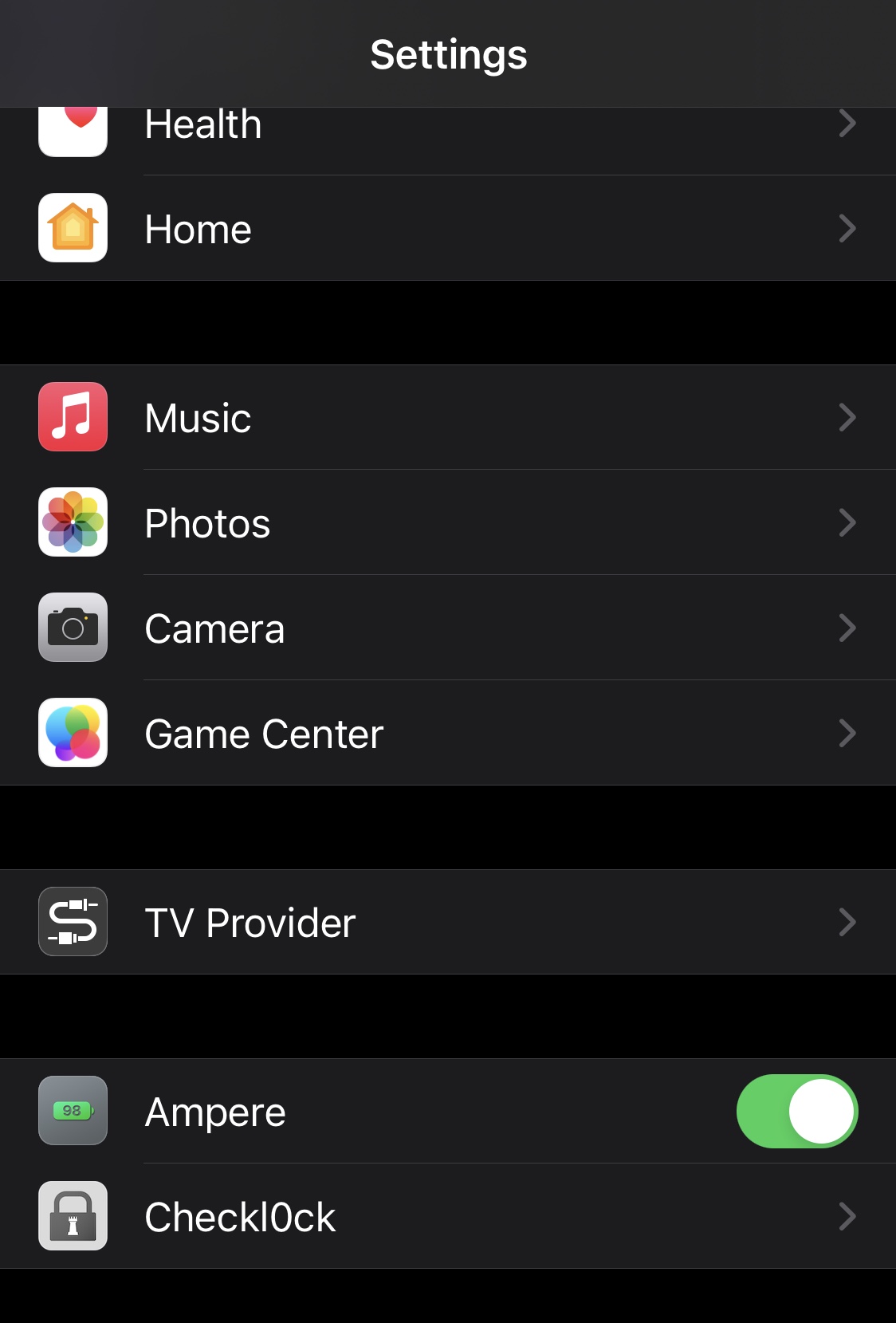 Enabling or disabling Ampere will require a respring to take effect.

Our first impression of Ampere is that while it displays the battery level percentage in the app icon, we wish that it behaved more like the native battery level indicator in iOS 16.1 – dynamically draining the fill with battery discharge and displaying properly sized text. Currently, the free BatFill jailbreak tweak does a more aesthetically pleasing job of this, but we’re hopeful that Ampere will see some updates soon.

If you’re interested in trying Ampere, then you can download it for free from the Havoc repository via your favorite package manager app. The tweak supports jailbroken iOS 14 and 15 devices.

Do you plan to make your jailbroken iPhone’s battery level indicator look more like it does on an iOS 16 device with Ampere? Let us know in the comments section down below.