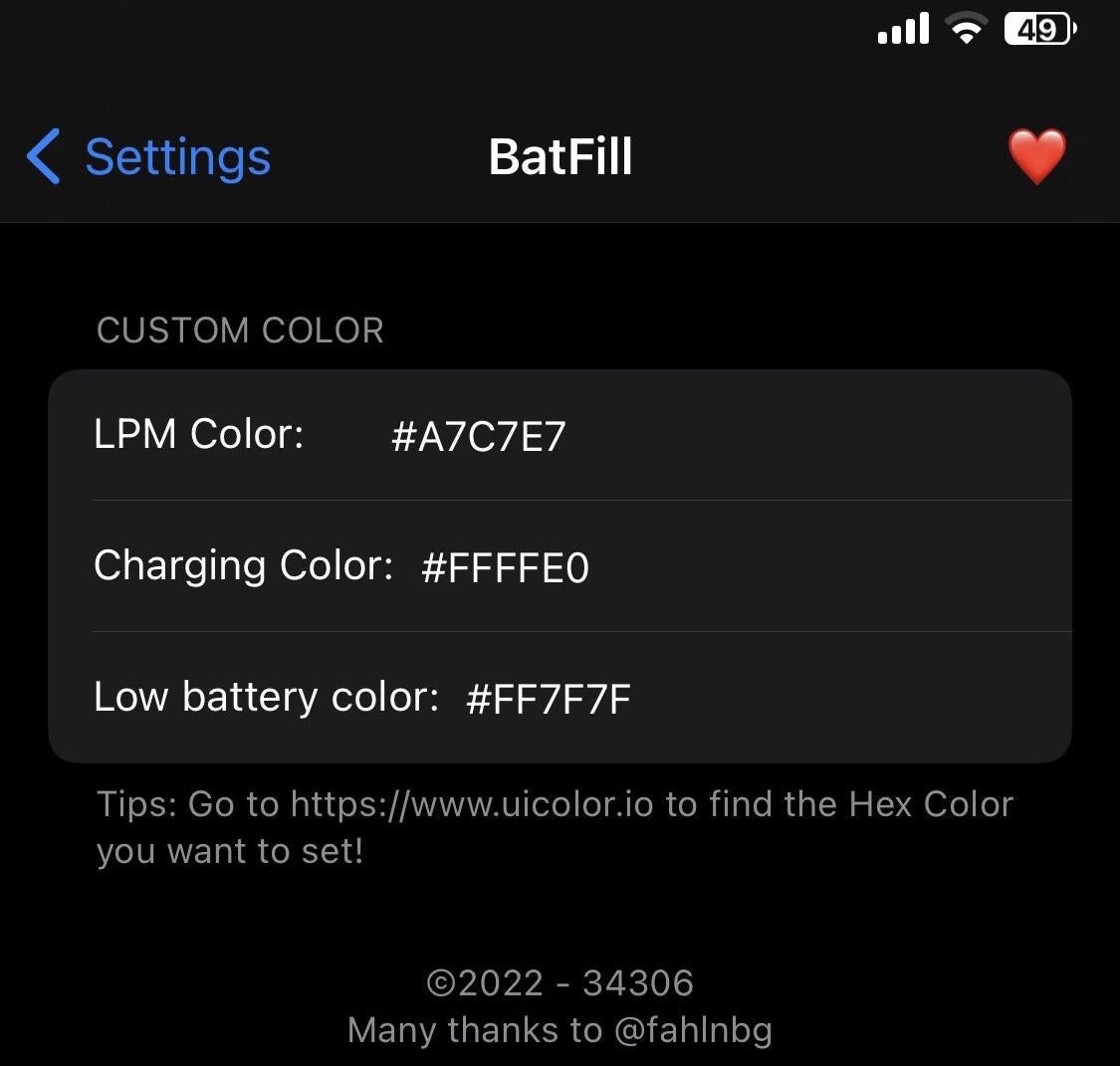 While several developers are likely working on a viable solution, at least one has already come forward with a solution — a new and free jailbreak tweak called BatFill.

Once installed, the Status Bar’s battery level indicator looks and feels a lot more like the one on iOS 16.1. It’s filled solid at 100% and then gradually empties from right to left with battery discharge.

One thing that sets BatFill apart from the native iOS 16.1 battery level indicator, however, is that it offers colorization options via a dedicated preference pane in the Settings app where specific colors can be added for the Low Power Mode, Charging, and Low Battery power states. Those colors are set via hex codes, so you will need to use an online utility to find the hex code you need for the color you want.

Unfortunately, because of the nature of the repository being used to share BatFill, we can’t share the URL directly with our readers. We confirmed that it does have software cracks on the repository at the time of this writing, which conflicts with our coverage policy at iDB. We merely wanted to let our readers know that such a product (BatFill) actually exists since there has been such high demand for a tweak like this. We hope the developer chooses to remove all the questionable content, or at least publish this tweak to an established repository such as BigBoss, Chariz, or Havoc.

What are your thoughts about porting the updated iOS 16.1 Status Bar battery level indicator to jailbroken devices? Be sure to let us know in the comments section down below.