TrollStore, everybody’s favorite perma-signing app for iOS & iPadOS 14.0-15.4.1 (and some iOS 15.5 betas) was updated to version 1.4 on Saturday with significant changes. 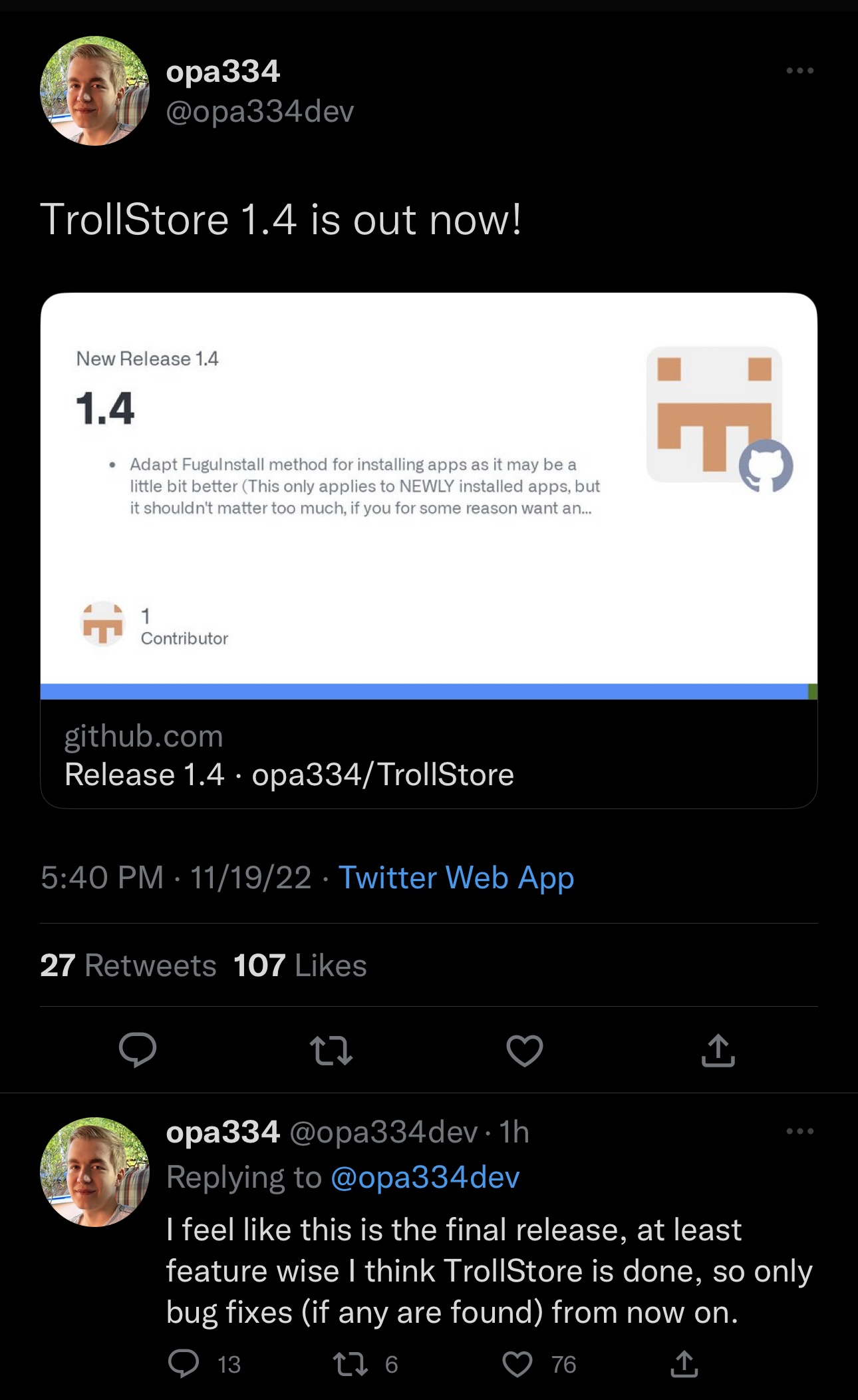 Announced via Twitter this evening, we learn that TrollStore is now adapted to use the FuguInstall method for installing apps and a bevy of other changes, which appear in the change log outlined below:

Among some of the more notable things mentioned are being able to uninstall perma-signed apps from the Home Screen, something that could previously only be accomplished via the TrollStore app.

In a follow-up Tweet, developer @opa334 says this is likely the last major feature update to TrollStore because it’s reaching maturity, but smaller bug fox updates are still likely to be released in the future as they’re discovered and patched.

If you’re an existing TrollStore user, then this update is recommended for you and can be installed OTA (over the air) from the TrollStore or TrollInstaller app. Those who aren’t already taking advantage of TrollStore should obviously install version 1.4 instead of any older version.

TrollStore is available via the developer’s GitHub page and the following two step-by-step tutorials should help you with the installation:

TrollStore’s perma-signing capabilities can essentially sideload any .ipa file onto a compatible iPhone or iPad without signing restrictions, made possible via a CoreTrust bug. Those apps remain signed indefinitely, making it an ideal alternative to sideloading solutions like AltStore or Sideloady.

Have you installed the latest version of TrollStore yet? Let us know in the comments section down below.