Apple released iOS & iPadOS 16.1.1 on Wednesday as a small firmware update for iPhones and iPads alike. 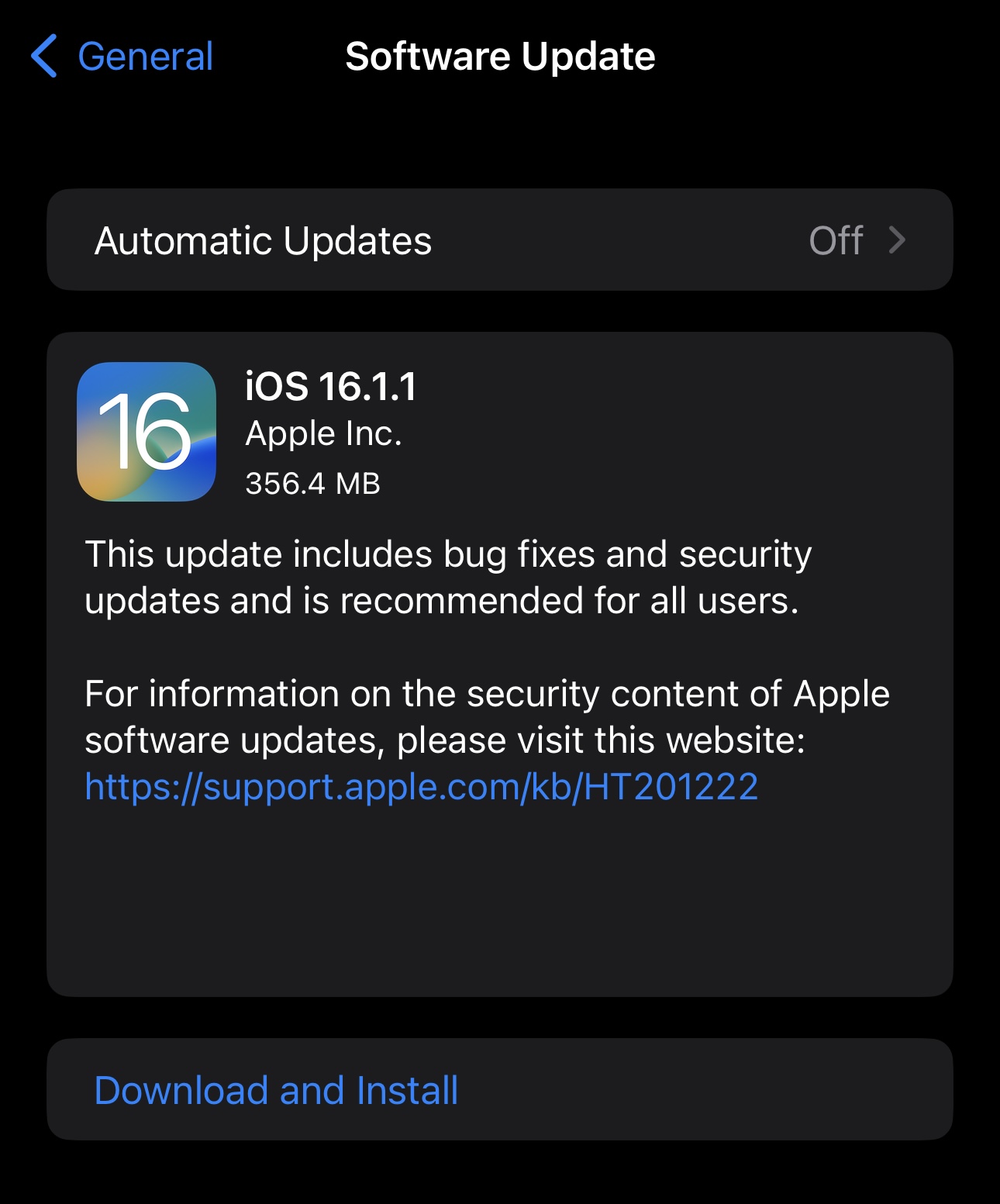 The change log for iOS & iPadOS 16.1.1 is short, sweet, and to the point, noting only that it brings “bug fixes and security updates” and that it’s “recommended for all users.”

Apple doesn’t specifically list what bugs were fixed in the change log for iOS & iPadOS 16.1.1, however the rumor this week was that it would address a Wi-Fi bug and battery issues.

As for the security fixes, the provided link shows us that two issues reported by members of the Google Project Zero team are now fixed.

Both of those issues, named CVE-2022-40303 and CVE-2022-40304 respectively, report that “a remote user may be able to cause unexpected app termination or arbitrary code execution.”

Recommended for ‘all users’

Apple generally recommends every one of its software updates for its iPhone and iPad users, so it’s no surprise to see the company suggesting for everyone to update.

If you have no plan to jailbreak your device in the future, then you should absolutely upgrade by all means. If you’re waiting for a jailbreak, however, then you should instead stay on the lowest possible firmware and avoid software updates.

If you’re ready to install iOS or iPadOS 16.1.1, then you can head over to the Settings app and navigate to General → Software Update to use the built-in OTA (over the air) updating mechanism.

You will need to enter your passcode to install, but after downloading and installing, your device will reboot when complete.

It may not be a large update, but if you’re into keeping your decide up to date, then you can download iOS or iPadOS 16.1.1 starting today.