Like many others, I was quick to order an Apple Watch Ultra just as the window to do so opened, and I received my Apple Watch on launch day. The two-week wait gave me plenty of time to research and think about what strap or band I would want use with it daily. 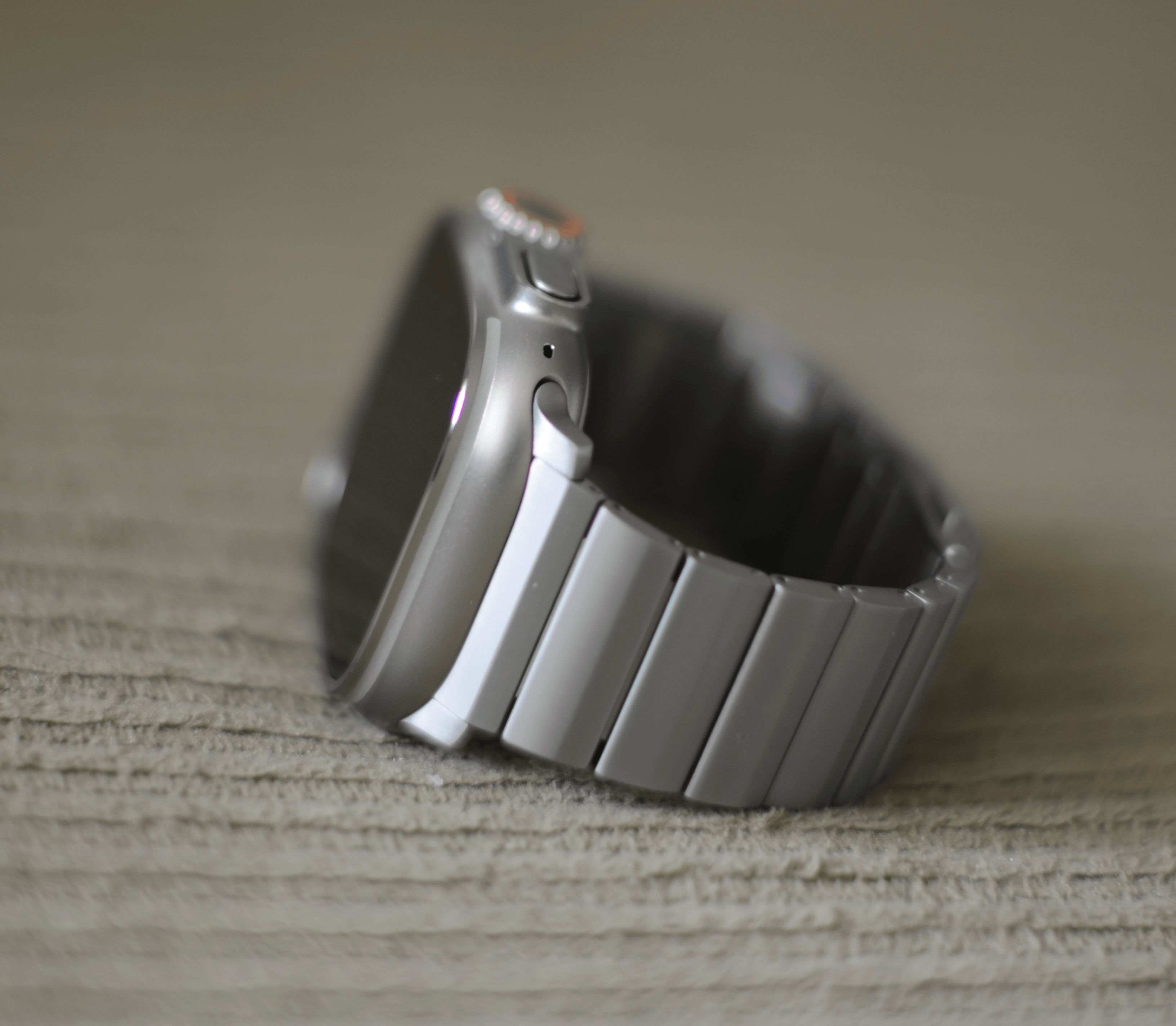 Although I ordered my Apple Watch Ultra with the orange Alpine strap, I knew from the start that I wanted a metallic band instead. Since the case came in a raw titanium finish, the first thing that came to my mind was the raw titanium band offered by our friends over at Nomad.

I was lucky enough to get my hands on one before Nomad’s ordering system went into back-order mode, and it seems that happened because I wasn’t the only person who thought this Apple Watch band would look amazing with the new Ultra-branded wearable from Apple.

…And oh boy was that hunch right on the money! 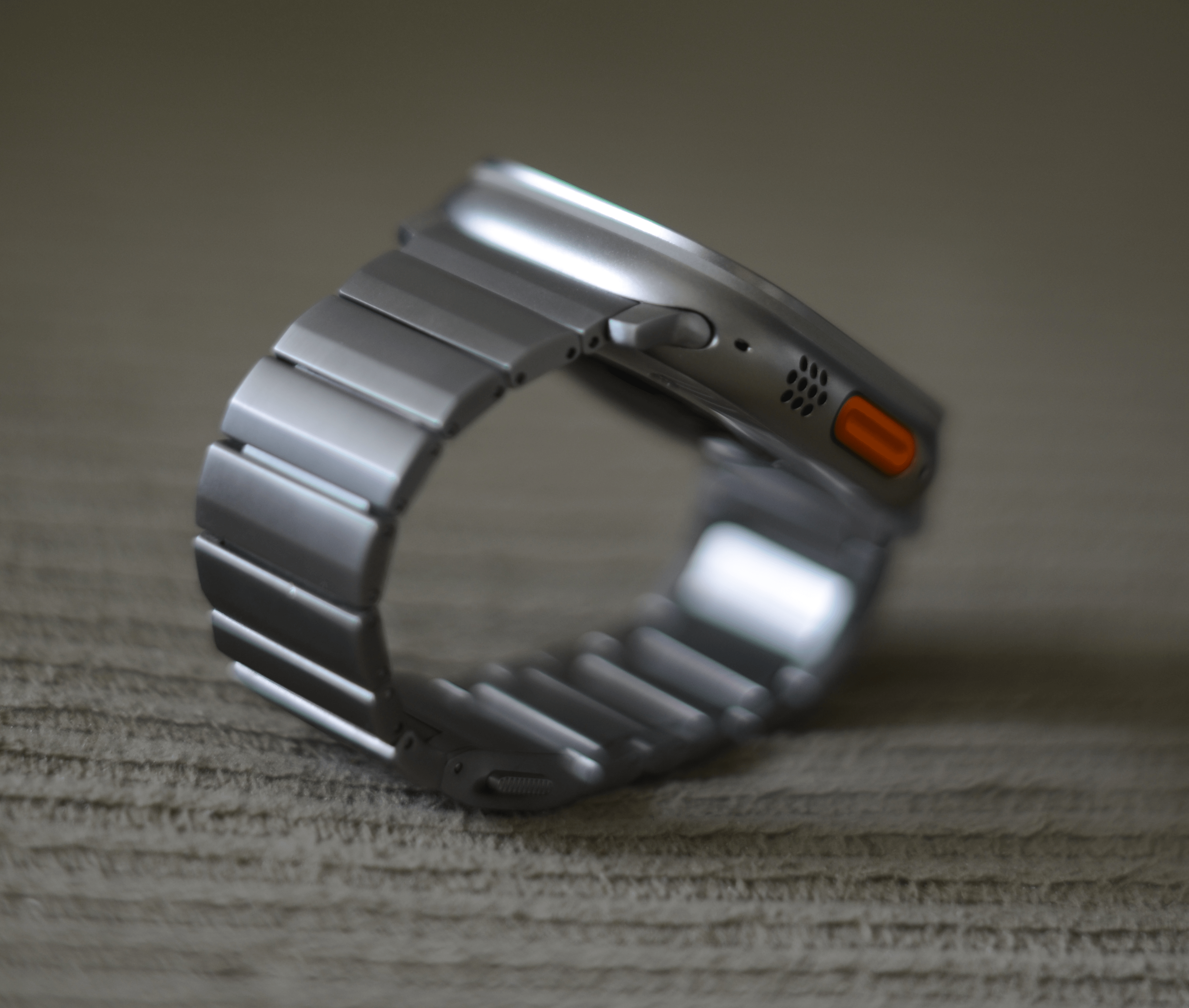 Not only is Nomad’s raw titanium band a perfect color match when paired with the Apple Watch Ultra, but the lugs are a perfect fit, and the ease of size adjustability means it can be quickly outfitted for any wrist size within reason. I for one have smaller wrists and had no issues adjusting to a comfortable length.

Even my colleague Christian had nothing but good things to say about Nomad’s band quality. Here’s an excerpt:

Nomad’s metal strap is made with premium materials, costs less than half as much as Apple’s comparable in-house band and gives your Apple Watch a very desirable, sophisticated look. 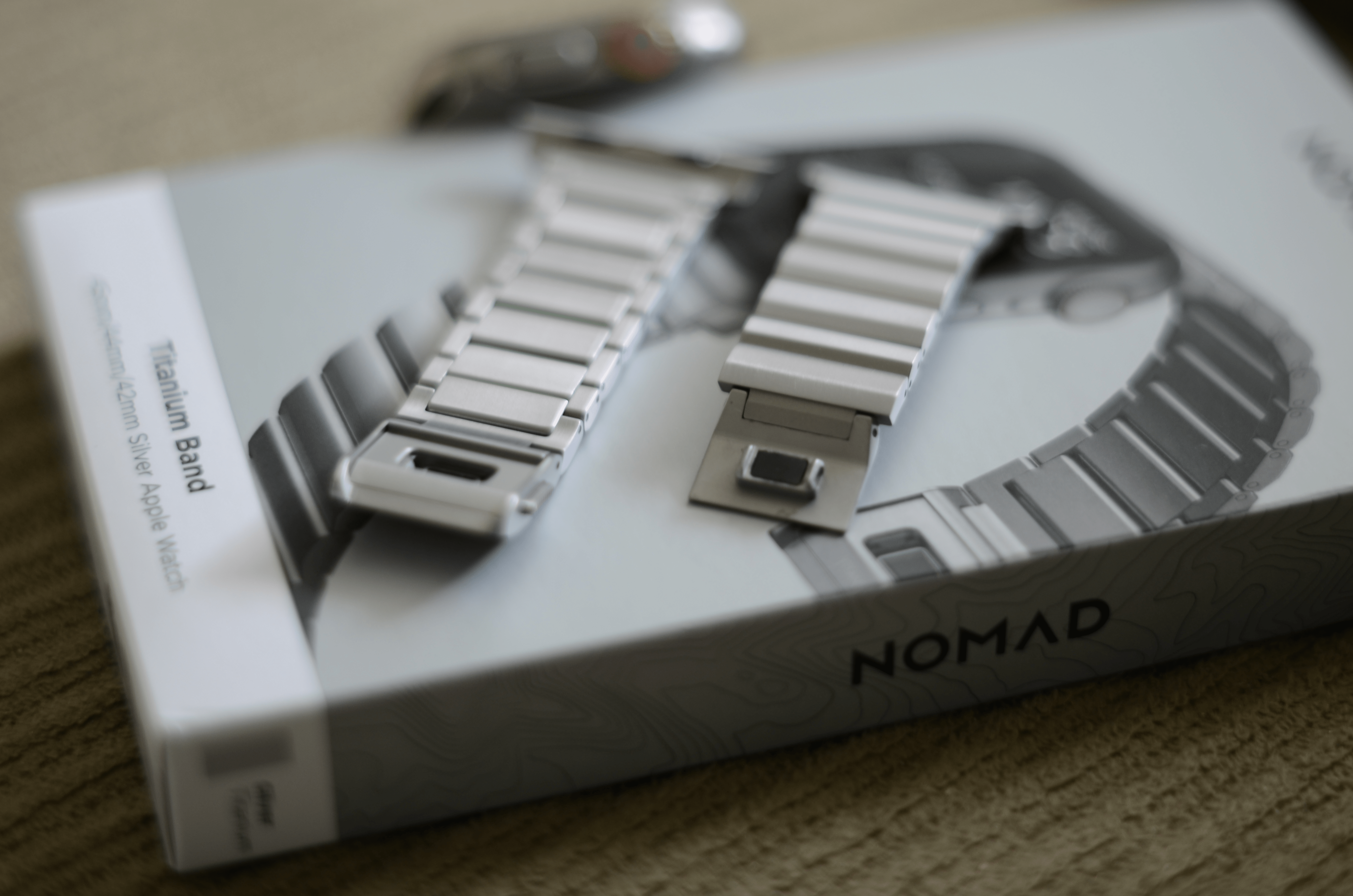 Nomad’s titanium wrist bands aren’t cheap, clocking in at $249; but if you’re already investing $799 in a new Apple Watch Ultra and don’t want to use the fabric or rubberized bands provided by Apple out of the box, then you might as well go all the way and complete the titanium metallic look. 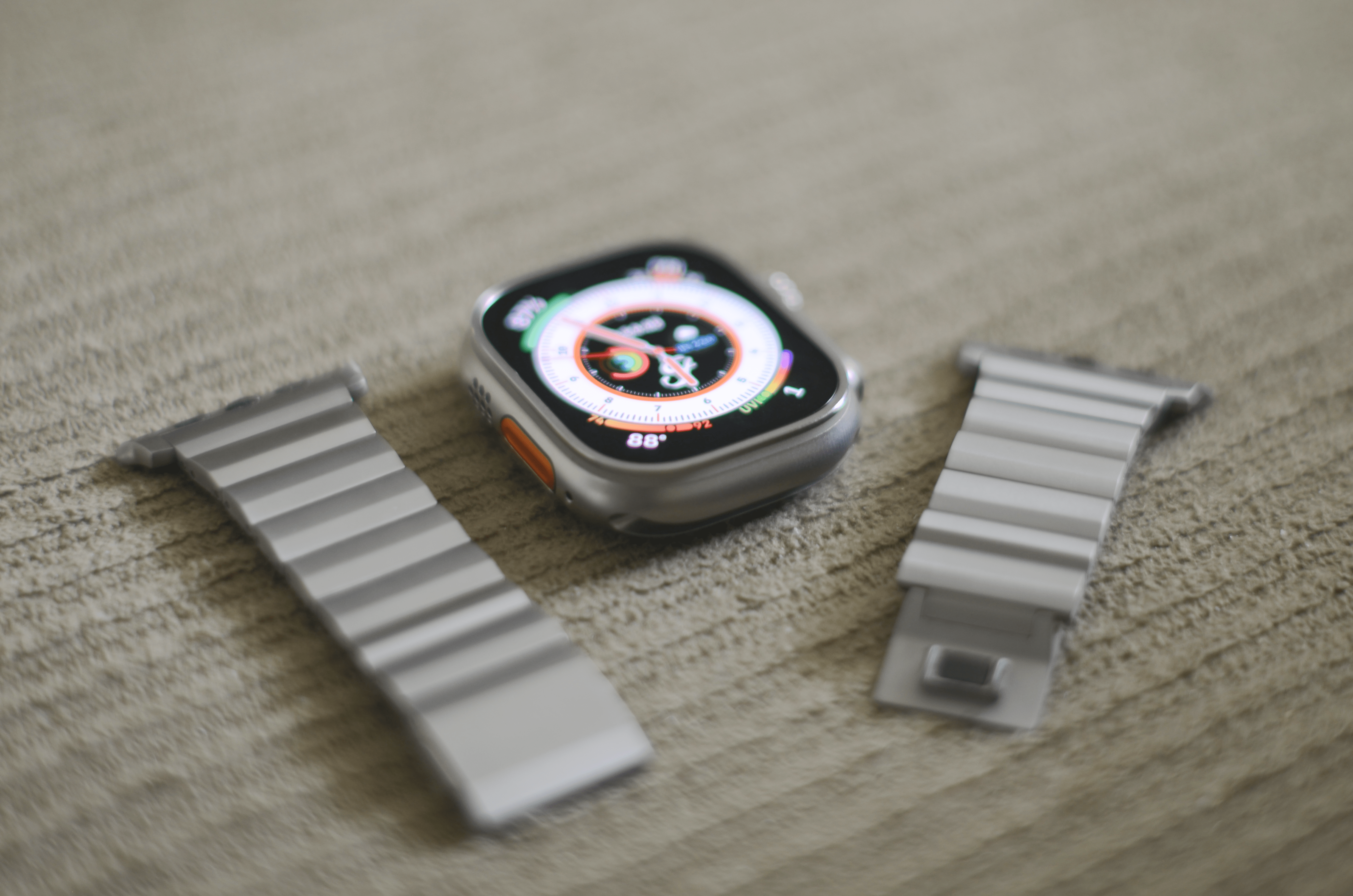 Nomad offers a similar-colored metallic band in stainless steel for nearly half the price at $149, and while the color is probably close enough if you aren’t picky, I find that the titanium band is a better match, is substantially lighter on the wrist, and is more aesthetically pleasing.

Nomad’s current back-order isn’t expected to let up until at least mid-November as of this writing. They’re currently taking orders, so Apple Watch Ultra owners who want to pair this metal band with their new smartwatch like I did would be doing themselves a favor by getting their order in now before the back-order date slips any further.

You can check out the titanium bands, as well as Nomad’s other products on their website.

Do you think that Nomad’s titanium band pairs nicely with the new Apple Watch Ultra, or do you plan to just use another wrist strap or band instead? I’m excited to read your thoughts in the comments section down below.