When you turn on Do Not Disturb mode on iOS 14, you’re served with a persistent Lock Screen banner notification that reminds you of the feature being turned on and when it’s expected to turn off. 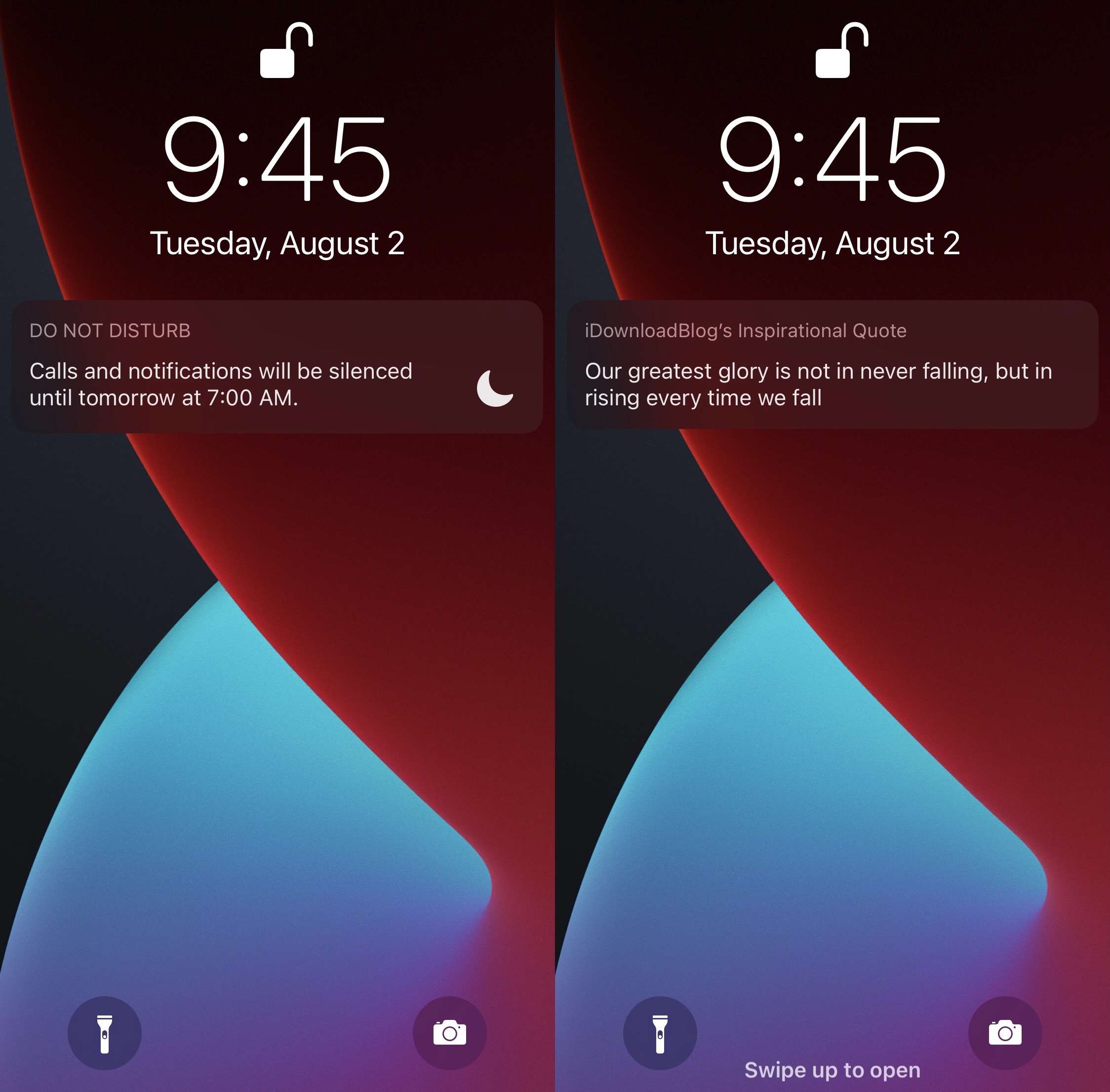 Many iPhone owners dislike this feature, which is why it’s unsurprising to see developers like ElioFegh making new ways to utilize that banner space when Do Not Disturb is turned on, such as the new DND Quotes jailbreak tweak.

As you’ve probably inferred from the tweak’s name, DND Quotes replaces the text inside of the ordinary Do Not Disturb banner with an inspirational quote and a configurable title. An example appears in the before and after screenshots depicted above.

The source of the quotes is unknown, but they differ from one to the next and are intended to provide positive support to the user while also using a previously disliked banner. It’s a win/win, if you’re into that sort of thing.

Once installed, DND Quotes adds a dedicated preference pane to the Settings app where users may configure a few different options to their liking: 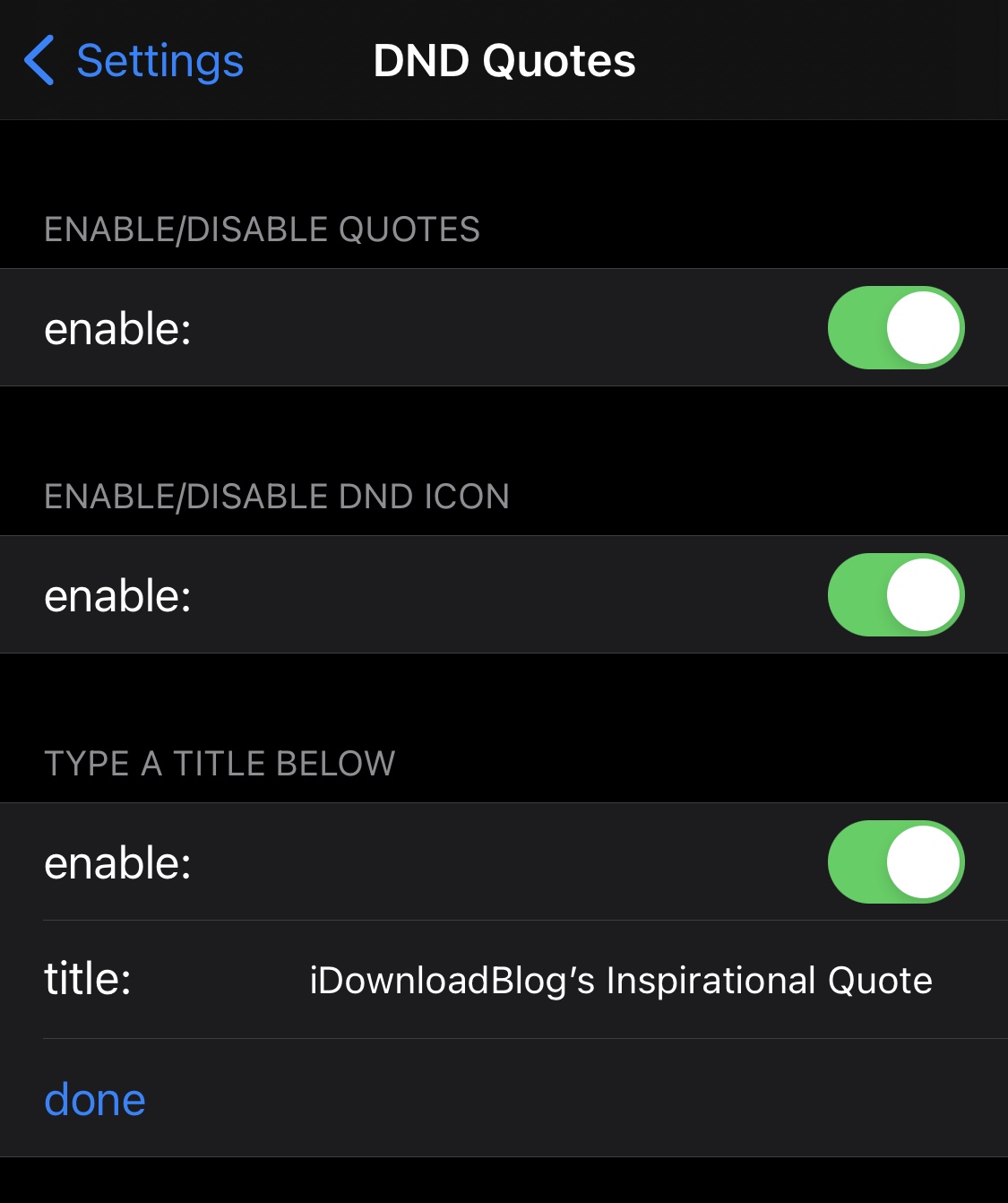 Those interested in giving the new DND Quotes tweak a try can download it for free from ElioFegh’s personal repository via their favorite package manager app. The tweak supports jailbroken iOS 12, 13, and 14 devices.

If you aren’t already using ElioFegh’s personal repository, then you can add it to your package manager app of choice by using the URL provided below:

Do you plan to replace the Do Not Disturb banner with inspirational quotes? Let us know in the comments section down below.