Discord is a popular communication platform for gamers, but even jailbreakers seem to use dedicated Discord channels to discuss the hobby with other hobbyists. 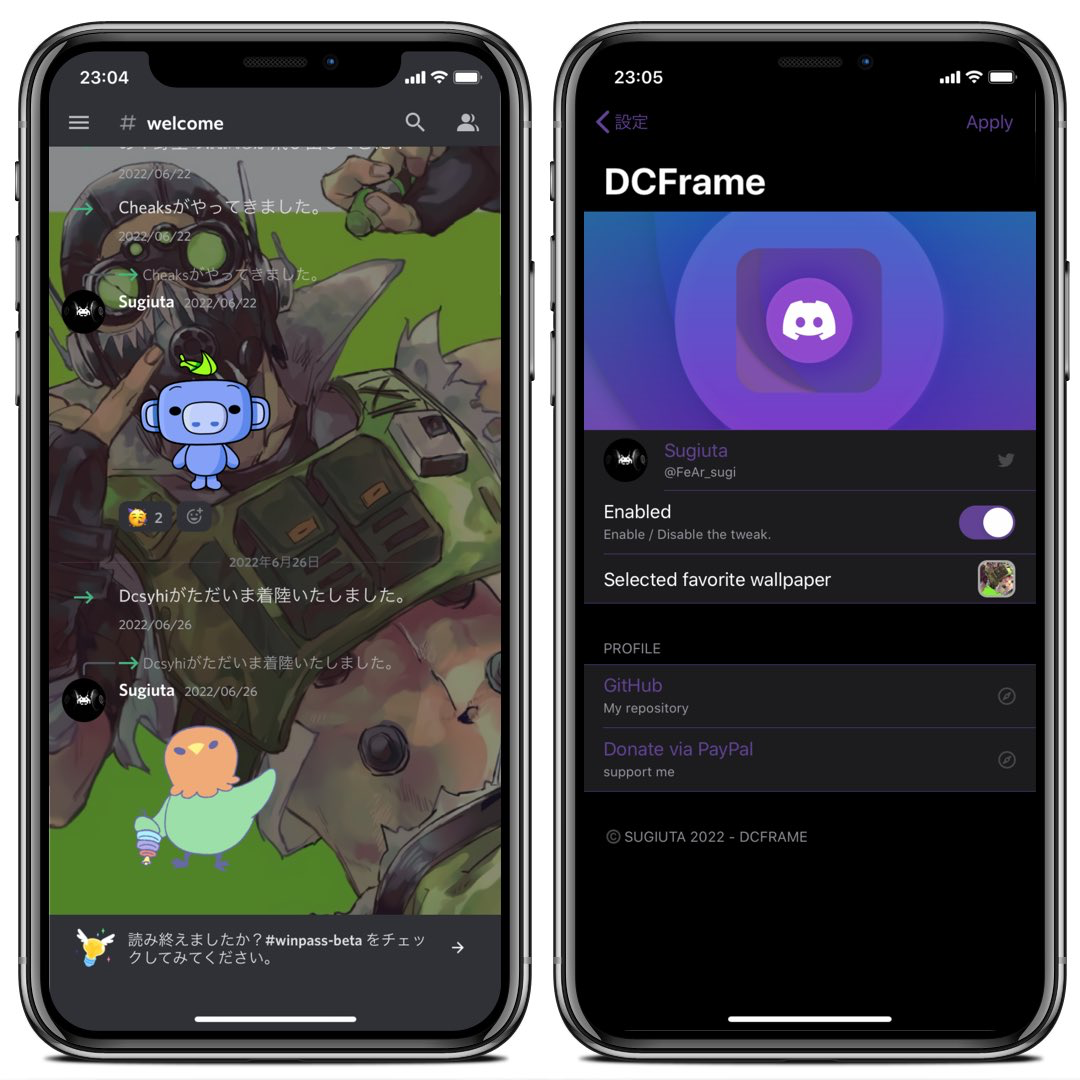 If you’ve been searching for a way to customize the Discord app in ways you just can’t out of the box, then one place we’d recommend starting is with DCFrame, a small and newly released jailbreak tweak by iOS developer Sugiuta.

As depicted in the screenshot example above, DCFrame lets you customize the background of the Discord app’s chat interface with any image of your choosing. It’s a perfect way to add a touch of personality to your Discord conversations, even though you’re the only one who will be able to see it.

Once installed, the tweak adds a preference pane to the Settings app where you can toggle the tweak on or off on demand and pick an image from your device’s Photo Library to use as the Discord app’s background. An Apply button is provided at the top-right of the preference pane, allowing you to save your changes.

If you’re ready to give your Discord app a custom background image instead of the plain gray it normally has, then you can download DCFrame for free from Sugiuta’s personal repository via your favorite package manager app. The tweak supports jailbroken iOS 13 and 14 devices with the official Discord app installed and is open source on the developer’s GitHub page.

Those who aren’t already using Sugiuta’s personal repository, and would like to, can add it to their package manager app by using the URL provided below:

Do you plan to add a custom background image to the Discord app with DCFrame? Let us know why or why not in the comments section down below.