Every app on your iPhone or iPad has a version number that helps you distinguish whether it’s up to date or not, but have you ever maybe wanted to spoof that number? 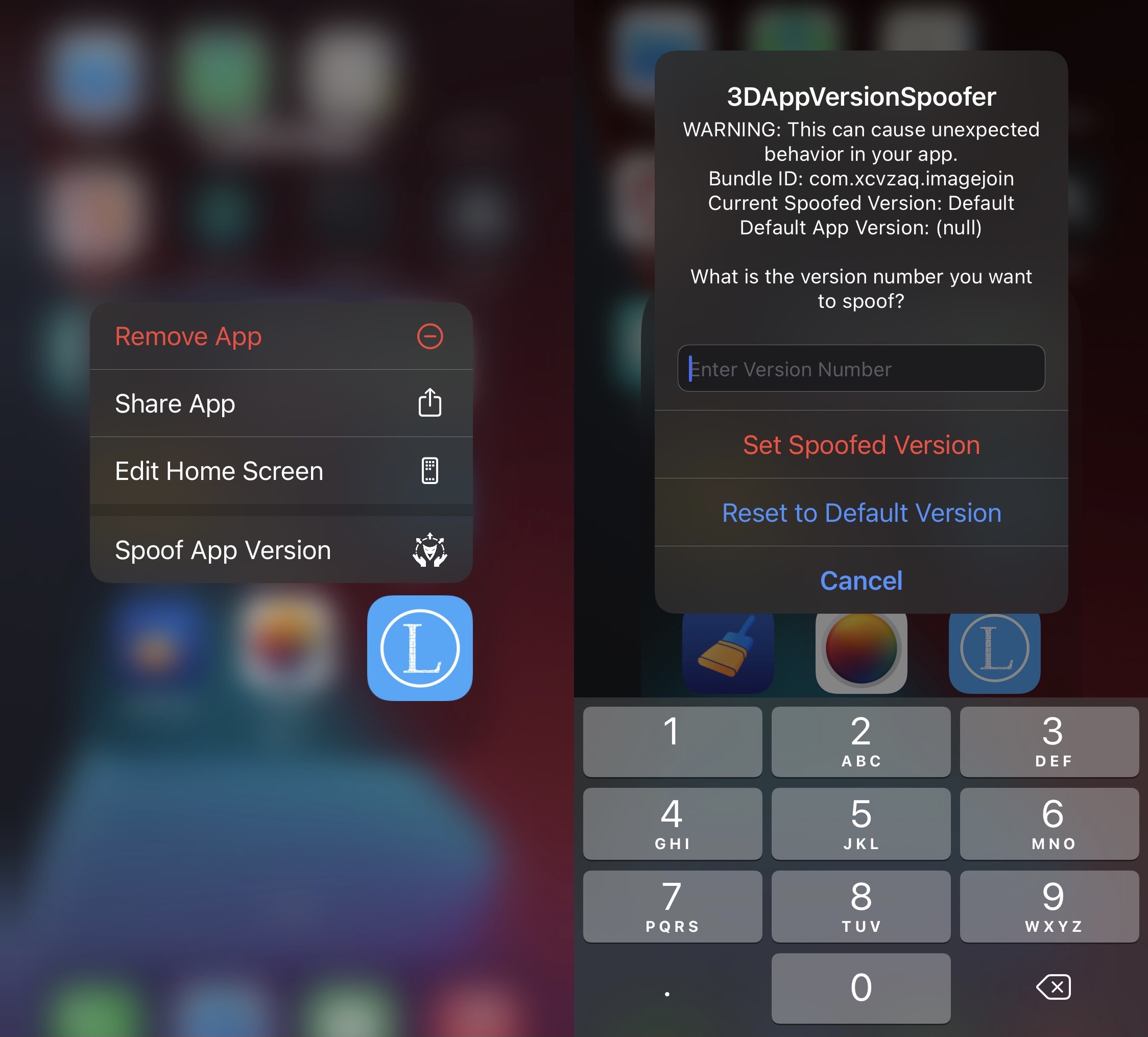 According to iOS developer 0xkuj, there are certain circumstances in which an app’s version may contribute to irritation of the end user, such as when the app developer wants to urge users to upgrade to a newer version. Fortunately, a newly released and free jailbreak tweak called 3DAppVersionSpoofer may be able to help.

If you couldn’t already tell by decoding the tweak’s rather conspicuous nomenclature, 3DAppVersionSpoofer makes it possible to spoof an app’s version by using a 3D Touch/Haptic Touch gesture on that specific app icon from the Home Screen.

In the screenshot examples above, you’ll see that doing so prompts the end user to enter their own preferred version number. Users should be mindful of the current version of the app before entering random characters, as the app will generally perform a check to see what version you’re running.

The options not only allow for setting a new custom app version by the end user, but also for setting back to the default in case you enter the wrong version or decide later on to revert your changes.

According to 0xkuj, this method doesn’t change anything in the app’s own files, but rather works by hooking processes. Once you spoof the app’s version to a version desired by the prompts that are nagging you, it should stop nagging you to upgrade — at least in some or many cases. The developer doesn’t make any guarantees since every app performs checks differently.

Those who want to give the 3DAppVersionSpoofer jailbreak tweak a try can download it for free from the Havoc repository via their favorite package manager app. The tweak is advertised as working with jailbroken installations of iOS & iPadOS 13 and 14, and it doesn’t have any options to configure. You can also find the source code on the developer’s GitHub page.

Do you plan to spoof the version of any of your app(s) with the new 3DAppVersionSpoofer tweak? Be sure to let us know in the comments section down below.