Apple’s iOS 16 software lets you view any Wi-Fi networks you connected to in the past, including your iPhone’s Wi-Fi network password, just like you can on the Mac. 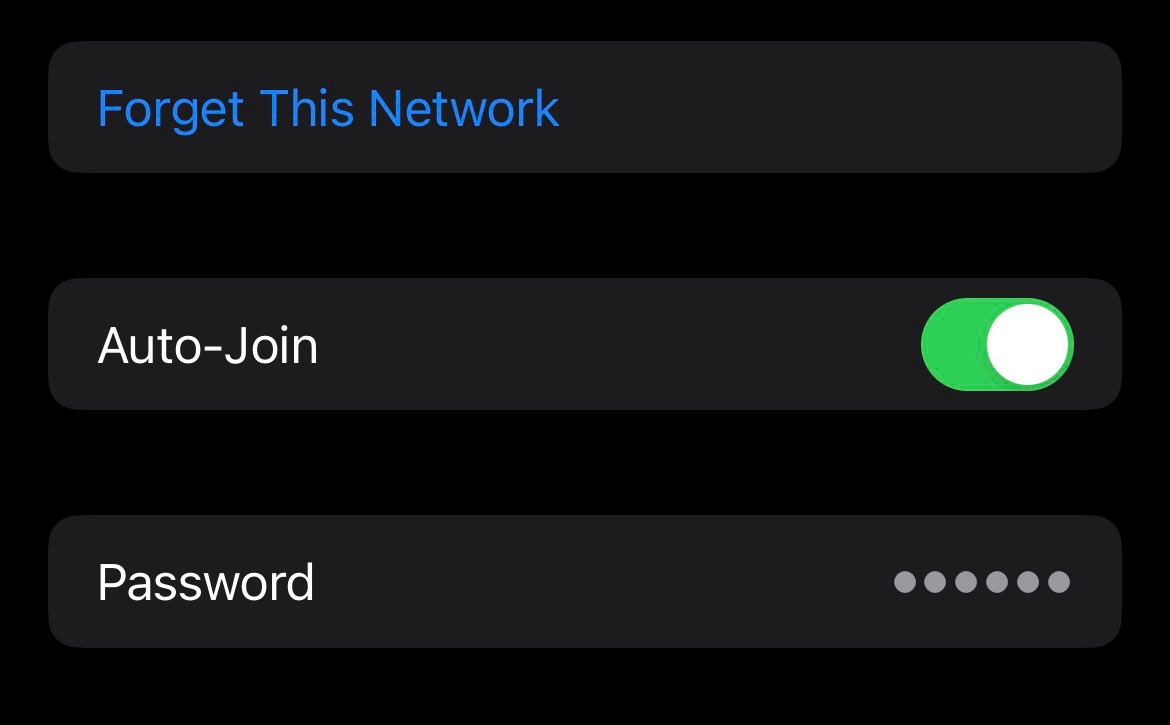 iOS 16 and iPadOS 16 are feature-packed releases with lots of little things under the hood, such as a pair of cool improvements to the Wi-Fi section of the Settings app:

Too get to your list of all remembered networks, touch the new “Edit” button in the upper-right corner of the Wi-Fi page in Settings. You can easily view, edit and delete any saved network from there, as well as copy the password to the clipboard for sharing via text, email and more. And to protect your privacy, showing a network password requires authenticating with Touch ID, Face ID or your passcode.

Now you can forget networks without having to be nearby

You cannot view Wi-Fi network passwords on iOS 15 and earlier versions, but this new feature in iOS 16 is useful on so many levels. Imagine you’re at a friend’s house. For the love of God, you just can’t remember the password to their network even though you previously connected to it. Now you can simply reveal it by touching and holding on to the new “Password” entry in the network details in Settings → Wi-Fi. Or perhaps a friend came by, wanting to connect to your home’s Wi-Fi but you couldn’t use iOS’s handy password-sharing option because they had a phone without NFC? Well, you can now copy the network password and message it to them.

Suppose you’d like to un-join a previously-joined network. In iOS 15, you can only forget the network if you’re currently connected it. With iOS 16, you can forget a previously saved network without needing to be in range and connected to it.

On the Mac side of things, you’ve been always able to view saved networks. It’s also easy to see passwords for your iPhone’s saved Wi-Fi networks on a Mac, using Apple’s Keychain Access app. That said, there’s one Mac-specific perk that remains missing from iOS to this date: Setting the preferred order for Wi-Fi networks. Read: How to securely share any saved password with a nearby iPhone, iPad or Mac

When will iOS 16 launch?

The first iOS 16 beta arrived via developer.apple.com at the 2022 WWDCC on June 6, 2022. A public version for all users to try out on their iPhones is due sometime in July through the beta.apple.com website. iOS 16 will launch publicly in the fall alongside iPadOS 16. macOS Ventura should become available a few weeks following the arrival of iOS and iPadOS 16. Keep in mind that this is prerelease software so some features could change significantly during the beta-testing period.

Are you glad iOS 16’s Siri can hang up calls? Let us know in the comments!