The practice of sideloading apps on the iPhone and iPad has exploded in popularity over the years thanks to convenient sideloading platforms such as AltStore and Sideloady. Unfortunately, most people are using free Apple developer accounts to do this, which limits the number of apps these users can sideload and operate to just three at a time. 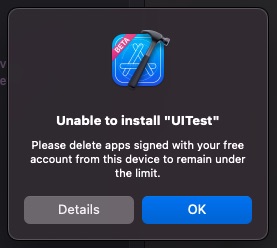 As we just stated above, NoFreeAppLimit works under very specific circumstances – namely that you can bypass the three app limit as long as you’re sideloading apps while your iPhone or iPad is in a jailbroken state. This is because the tweak patches installd to believe that there aren’t any sideloaded apps on the device.

Another interesting fact is that you can continue to refresh more than three signed apps while in a non-jailbroken state so long as those extraneous apps were first installed and signed when your handset was in a jailbroken state.

NoFreeAppLimit doesn’t come with any options to configure, so it’s incredibly easy to use. Once installed, you can simply begin sideloading apps onto your jailbroken device with your free Apple developer account and enjoy breaking free of Apple’s three-app limitation.

If you’re interested in giving NoFreeAppLimit a try for yourself, then you may download the tweak for free from the Havoc repository via your favorite package manager app. The tweak supports jailbroken iOS & iPadOS 14 devices.

Do you plan to sideload more than three apps with the NoFreeAppLimit jailbreak tweak? Let us know why or why not in the comments section down below.