When you feel a little bit secretive about certain photos or videos, you can always hide them away in the native Photos app’s dedicated Hidden album. Unfortunately, they won’t be safe from prying eyes when the user knows where to look. 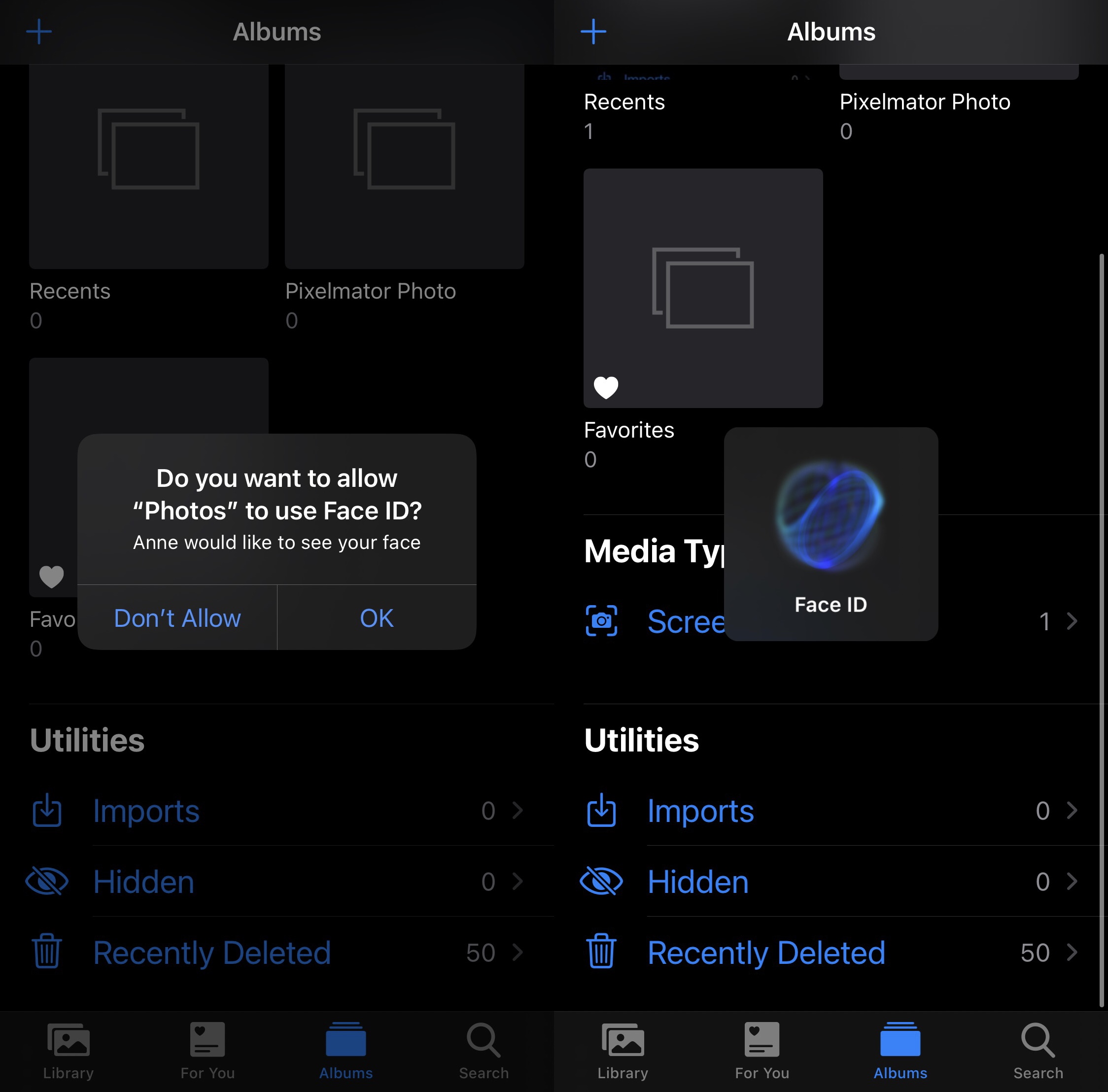 One of my biggest pet peeves with the Hidden album is that no one at Apple thought to protect it with biometric authentication. Instead, doing so requires the use of a jailbreak tweak such as the newly released and free Anne by iOS developer ren7995.

If the concept sounds familiar, then that’s because we showed you a similar tweak dubbed HiddenLock14 some time ago. Anne is merely the latest attempt to secure the contents of your Photos app’s Hidden album from anyone who might want to go snooping without your permission.

Upon being installed, you will notice how Anne prompts you to allow Face ID (or Touch ID if it applies to you) access for the Photos app when you attempt to access the Hidden album. When you agree, your device will automatically attempt to use biometrics to identify you.

With no options to configure, Anne is particularly easy to set up and use. Best of all, it works with iOS’ native biometric authentication system, making it particularly convenient and reliable.

If you’re using an A11-equipped device jailbroken with checkra1n on iOS 14, then you won’t have access to Face ID out of the box. Fortunately, a jailbreak tweak called Checkl0ck can enable it for you, and it appears to work great with Anne.

Those interested in giving Anne a try can download it for free from the Havoc repository via their favorite package manager app. It’s also open source on the developer’s GitHub page and supports jailbroken iOS & iPadOS 13 and 14 devices.

Do you plan to add biometric authentication support to the Hidden album of your native Photos app? Be sure to let us know in the comments section down below.