The iPhone 13 is Apple’s current smartphone, the top-of-the-line version you can buy on shelves right now. It launched late last year, equipped with Apple’s A15 Bionic processor inside. And apparently Apple’s still got plenty to brag about. 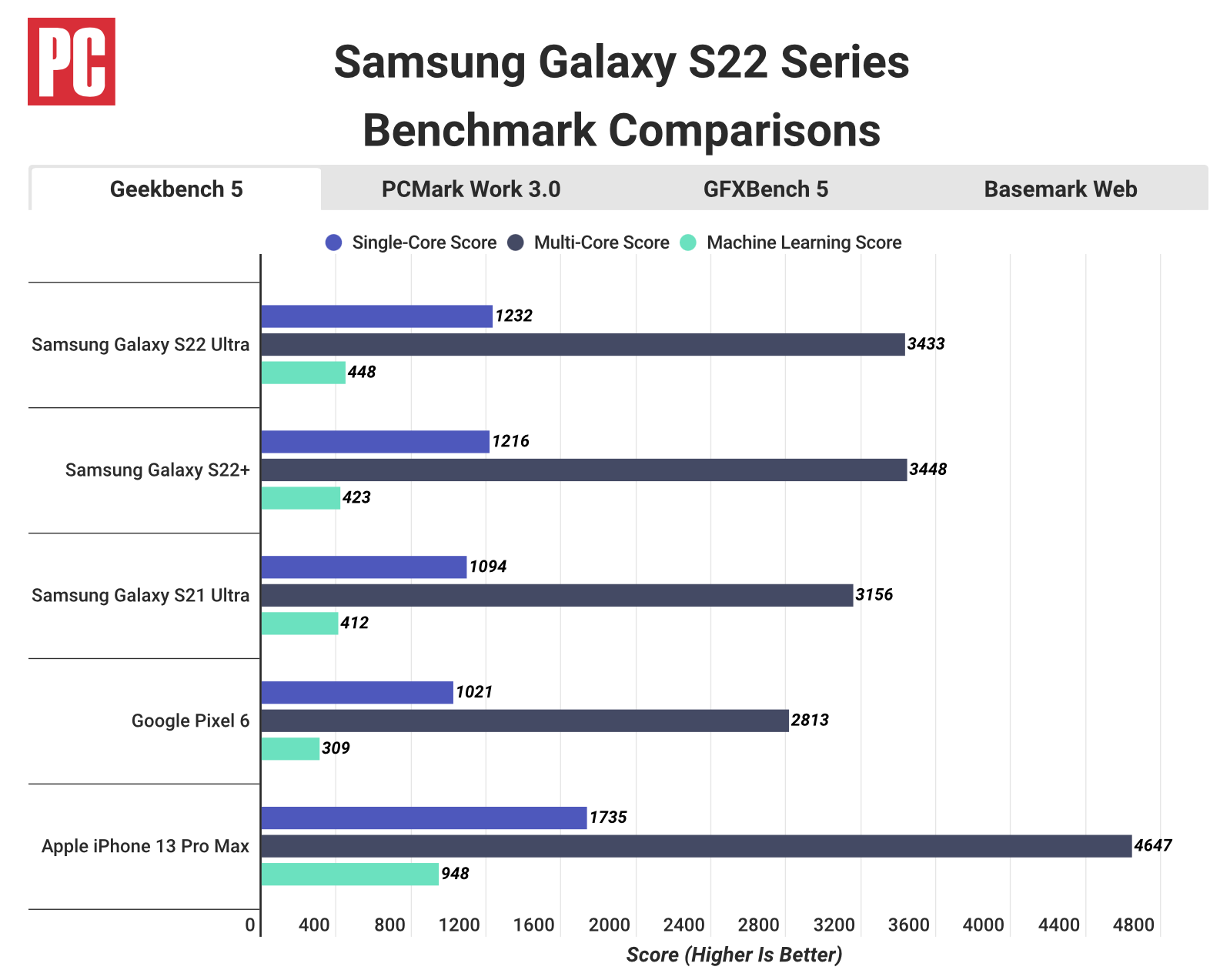 The reason, of course, is the A-series prowess and speed. As is par for the course, Samsung’s newest devices need to be compared to Apple’s current lineup (because that’s just how the release windows work), and according to PCMag‘s testing, the iPhone 13 is significantly faster than Samsung’s newest smartphones.

For those who might have missed it, Samsung just launched the Galaxy S22 lineup. It features three smartphones: the Galaxy S22, the Galaxy S22+, and the Galaxy S22 Ultra. Each of the new devices is equipped with Qualcomm’s latest and greatest processor for flagship phones, the Snapdragon 8 Gen 1. So, for fun, the publication put the benchmark test to Samsung’s premier handset, the Ultra trim.

The results show that the Galaxy S22 Ultra earned a multi-core score of 3,433. That compares to the multi-core score of 4,647 for the iPhone 13 Pro Max. Comparing the two, and looking at just CPU performance, this means Apple’s smartphone is around 35 percent faster than Samsung’s comparable model.

You can see how it all breaks down, including with Google’s Pixel 6 thrown in for good measure, in the graph above.

It’s worth noting here that in the United States, each of the Galaxy S22 models are equipped with the Qualcomm processor, as mentioned above. Meanwhile, in Europe, the devices are equipped with Samsung’s own Exynos 2200 chip. Still, even with the processor swap, the performance remains about the same.

Go check out the original report for other benchmark tests run on the handsets. They are certainly interesting to look at. But, as is standard, these tests aren’t necessarily indicative of how real world performance will be with repetitive use. And, of course, each individual is different in how they use their phone. So while the iPhone 13’s A15 processor might still outperform Qualcomm’s, Galaxy S22 owners will probably be still pretty happy with their purchase.