Upon receiving notifications from any of your iPhone’s apps, iOS displays the relevant app icon inside the banner. It’s a good way to identify what all the notification came from at a glance, but it falls short in sharing the entire story. 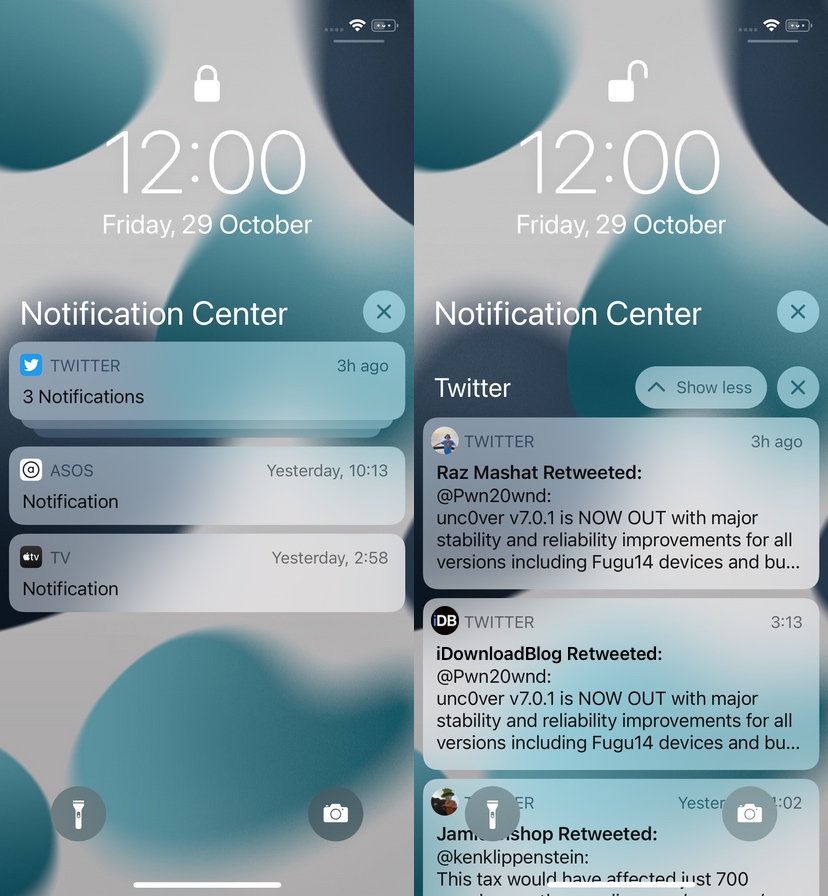 iOS developer Lavie Gariv understood that Apple could have done better, and as such, released a new jailbreak tweak dubbed SeeYa Pro that replaces the aforementioned app icon in notification banners with relevant profile pictures that reflect the notification’s author.

As you’ll see in the screenshot examples above, a locked device continues to display the relevant app icon for identification at a glance, however upon unlocking the device, profile pictures appear instead.

Once installed, users can toggle SeeYa Pro on or off on demand via a the dedicated preference pane in the Settings app:

According to the developer, SeeYa Pro works with a variety of apps that support profile pictures, including but not limited to Instagram, Twitter, WhatsApp, and a few others. Support for more is being worked on and will be added in the future.

Obviously, a tweak like SeeYa Pro is only ideal for notifications originating from apps in which profile pictures would be relevant, so you won’t get this effect if a notification is of the automated variety from a non-communication-based app.

Those interested in giving SeeYa Pro a try for themselves can purchase the tweak for $1.29 from the Packix repository via their favorite package manager app. The tweak supports jailbroken iOS 12, 13, and 14 devices.

Do you think SeeYa Pro will improve your notification experience? Be sure to let us know why or why not in the comments section down below.