Merry Christmas from your friends at iDownloadBlog!

If you have a jailbroken iPhone or iPad at your disposal, then a free jailbreak tweak dubbed Snoverlay 2 by iOS developer Ryan Nair might be able to help you get into the holiday spirit.

Once installed, Snoverlay 2 adds an animated snowflake-styled overlay to the Home and Lock Screen interfaces, and it’s not only animated, but also fully configurable.

An example of the snowflake effect appears in the animated GIF above.

While the Snoverlay 2 tweak isn’t new, the latest release appears to add some notable improvements including performance boosts, support for CarPlay on iOS 13, and a better preference pane setup.

As we mentioned earlier, Snoverlay 2 is also fully configurable. The tweak adds a dedicated preference pane to the Settings app where you’ll be able to tweak a number of options to your liking: 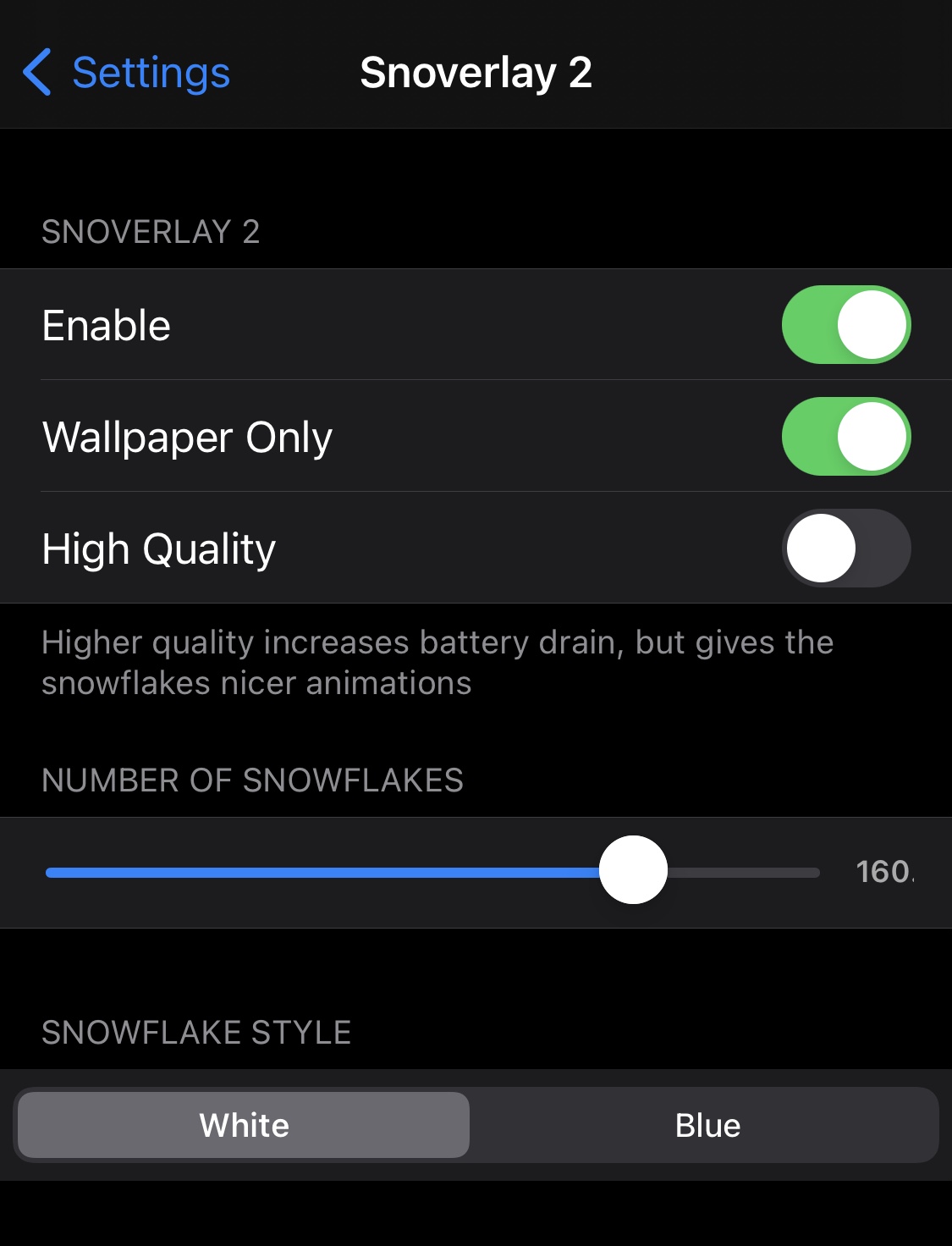 From our testing, it doesn’t appear that a respring is necessary to save your changes.

If you’re ready to spread some holiday cheer using your iPhone or iPad’s jailbreak, then you can download the Snoverlay 2 tweak for free from the Packix repository via your favorite package manager app.

Will you be adding animated snowflakes to your pwned iPhone or iPad this Christmas? Let us know in the comments section down below!