Starting with iOS and iPadOS 15.2, Apple provides users with more tools to monitor how they’re being tracked by the apps they use every day. Apple calls this novel feature App Privacy Report, and just as you’d come to expect from an Apple product, it’s easy for anyone to use. 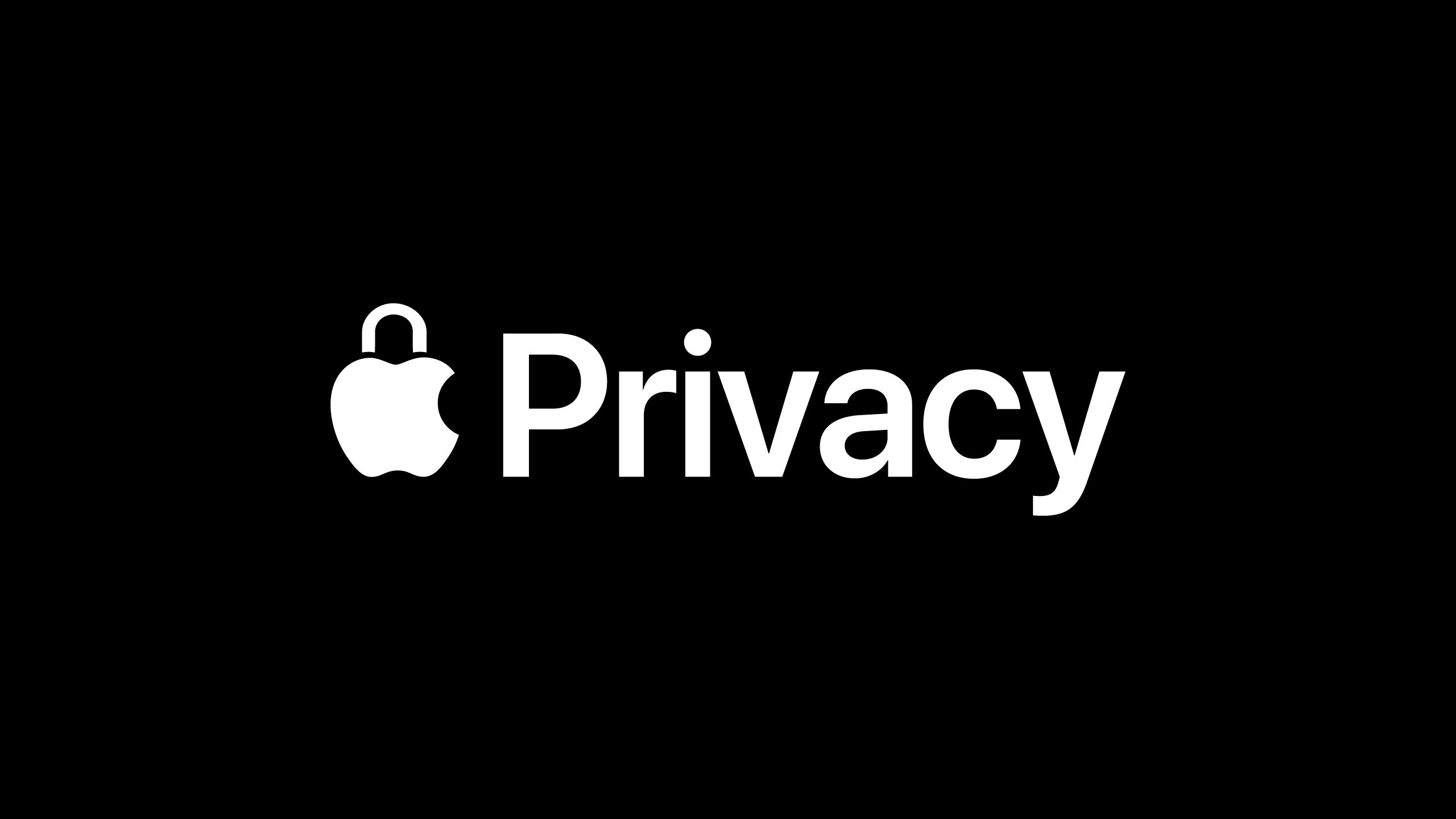 Among the things you can learn from App Privacy Report are which apps use your iPhone’s built-in sensors, which apps access personal information linked to you, which apps connect to the internet, and which domains those apps routinely connect to. Each factor may contribute to tracking attempts by those apps to establish a profile about you that only serves ad targeting. 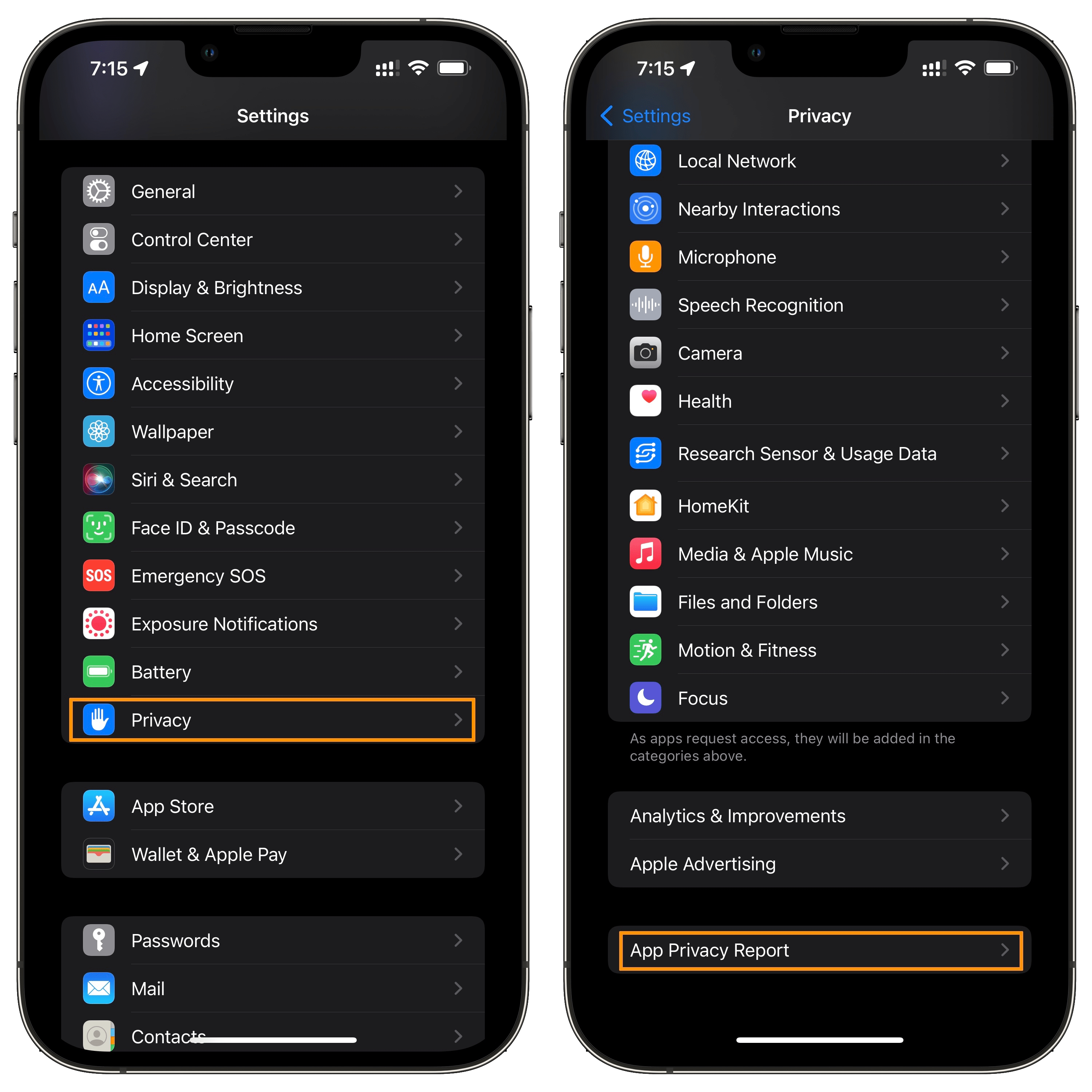 Once you’re there, you may need to turn the feature on for the first time if you haven’t already. When you do, you can peruse the intriguing data about how your apps might be tracking you. For example, we can see that the Shopkick app reports back to a lot of different advertising domains, which is to be expected from an app of its nature: 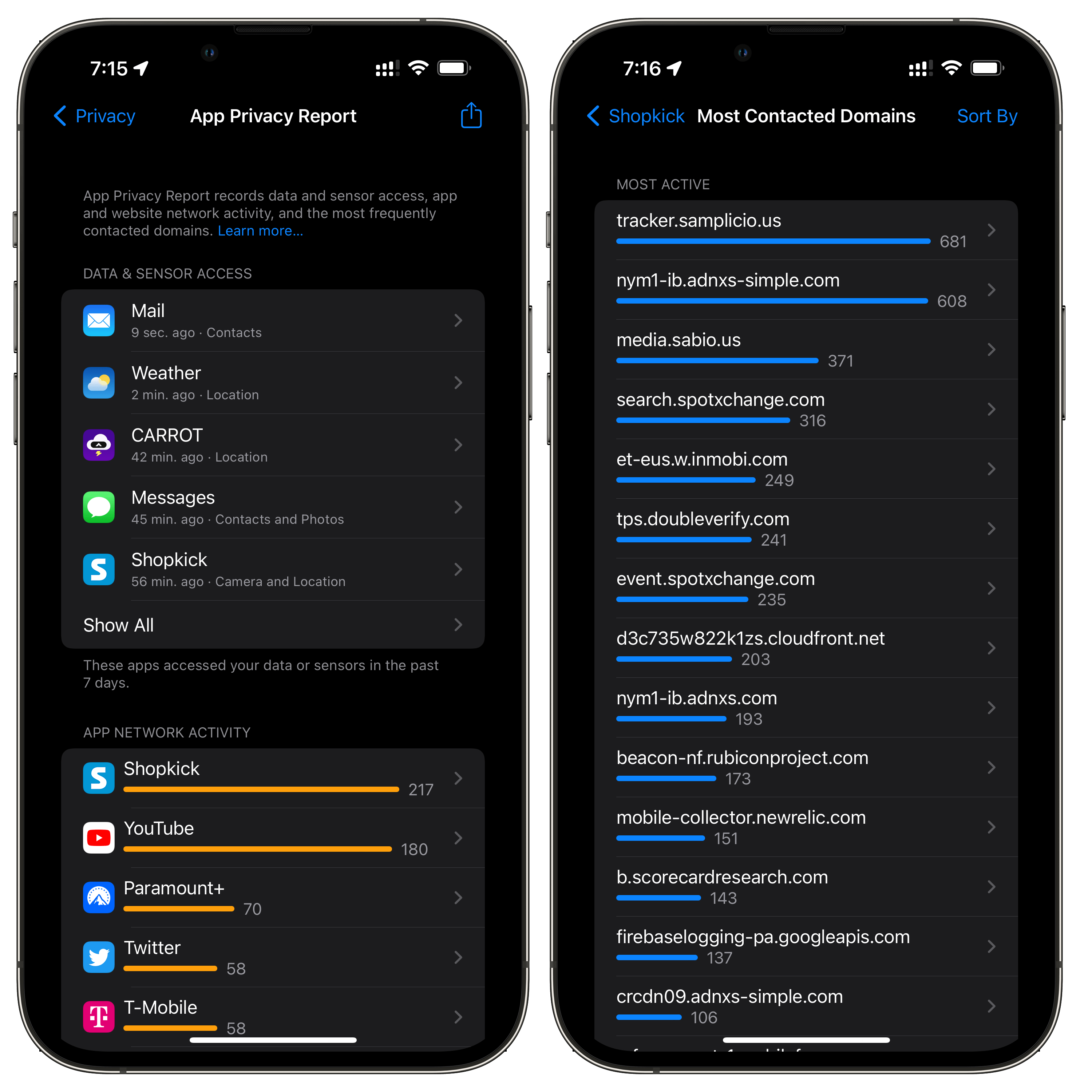 There are a few asterisks we should highlight, including how it takes time for App Privacy Report to analyze how your apps collect data and what they do with it. Having said that, if you’re enabling App Privacy Report for the first time, then you may only see limited data and should try waiting a few hours so that your device usage influences the data.

Another asterisk worth mentioning is that correlation doesn’t imply causation. This simply means that when an app uses one of your iPhone’s sensors or accesses the internet, it doesn’t necessarily mean that the app is tracking you and/or building a profile on you. You’ll ultimately need to analyze the data provided by App Privacy Report and decide what the app is doing from the presented behaviors on your own.

For example, it should be blatantly obvious that the Maps app uses your location, or that the Camera app accesses your device’s camera hardware. These facts don’t mean that these apps are tracking you or trying to build a profile on you, but it does mean that they’re interfacing directly with potentially sensitive data about you, and it’s important to recognize the difference.

App Privacy Report attempts to be as comprehensive as it can be without being overly complicated to use, and it continuously monitors app behavior behind the scenes as you use your handset much like how Screen Time monitors how long you use specific apps and displays usage reports for your viewing pleasure.

If you should notice behavior from an app that you wouldn’t otherwise expect, or have reservations about for other reasons, App Privacy Report gives you the power to do something about it instead of mindlessly going about your day and allowing the app to track you as many shady companies would obviously prefer.

Since Apple often claims to be a privacy-centric company every chance it gets, it’s good to see that Apple continues to provide user-friendly features like App Privacy Report right out of the box. It effectively prevents end users from being taken advantage of by the relentless tracking business, which often sparks ethical concerns among users. The more tools that users have to combat this, the better off their data will be in the long run.

Also Read: 10 ways you can boost privacy on your iPhone or iPad

Have you tinkered with App Privacy Report yet? Let us know what you think about it in the comments section down below.