While I’ve always enjoyed having a background behind my iPhone’s Home Screen Dock, the fact remains that there are a substantial number of jailbreakers that partake in even more extreme forms of minimalism than me. 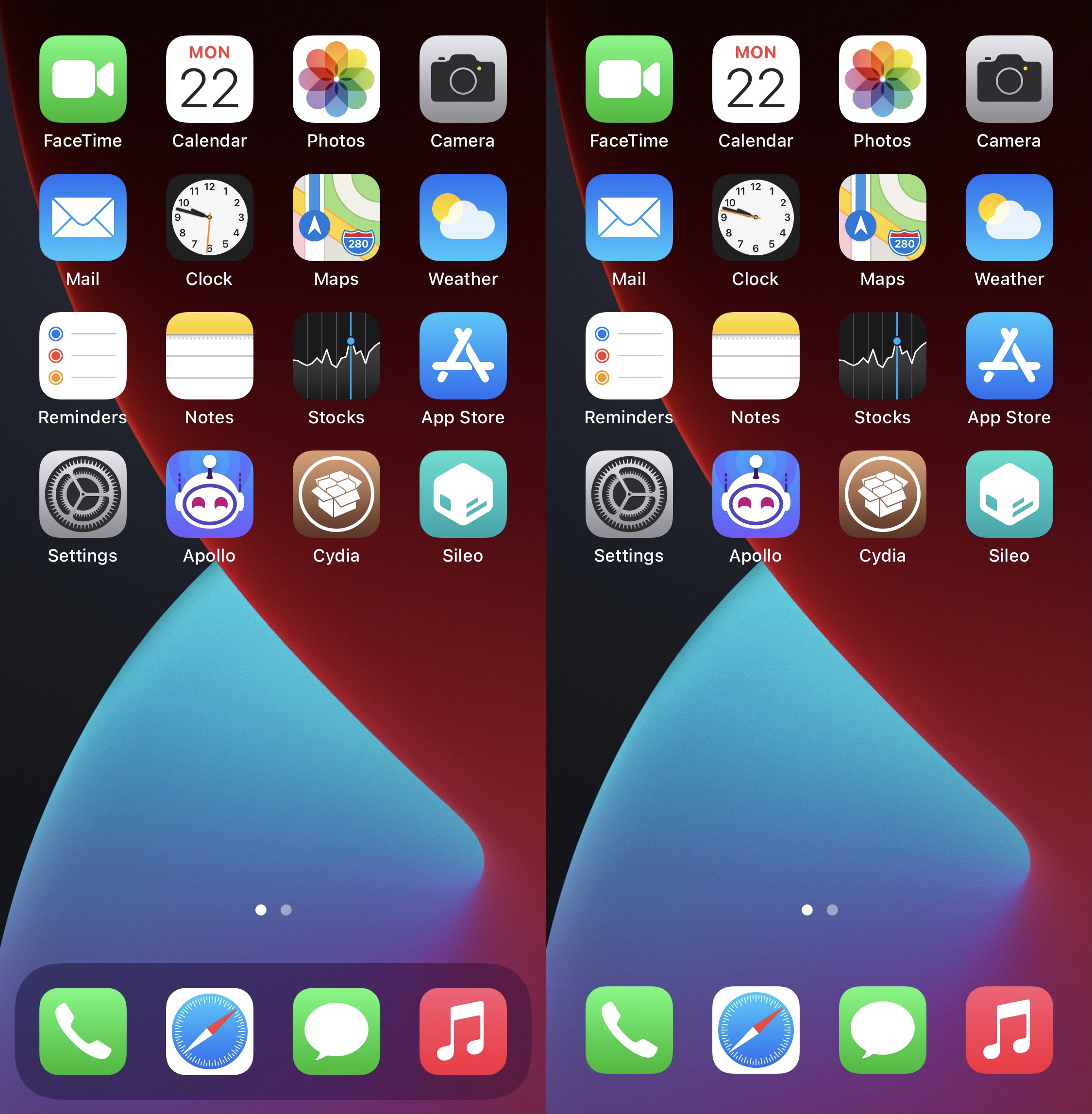 Before installing TransparentDock (left) and after (right).

Consequently, you’re going to find lots of jailbreakers who use jailbreak tweaks to hide their Home Screen’s Dock background, as this makes the icons residing there appear more uniform with the rest of the Home Screen.

The latest of such jailbreak tweak releases is one called TransparentDock by iOS developer ExeRhythm, which makes the background of the Home Screen’s Dock totally transparent as if to make it disappear completely.

While the concept behind the tweak isn’t exactly new, the way it was created is. As explained in the developer’s /r/jailbreak release post spiel, TransparentDock was created using the new Orion tool, which allows jailbreak developers to build their tweaks using the Swift programming language.

Asteroid became the first jailbreak tweak to take full advantage if Orion just last week, and since the tool is so new, not many tweaks are taking advantage of it yet. ExeRhythm wanted to make TransparentDock as a template for developers who want to learn more about using it, and as a result, it’s also fully open source on the developer’s GitHub page.

While the tweak will unquestionably work well for those who want a transparent Home Screen Dock, the higher purpose of the tweak is to provide a template from which other developers can begin making jailbreak tweaks using Orion and Swift. Having said that, we’re excited it exists.

Perhaps unsurprisingly, TransparentDock doesn’t come with any options to configure. Examples of the tweak at work are depicted in the before and after screenshots above.

Those wanting to give TransparentDock a try for themselves can download it for free from ExeRhythm’s personal repository via their favorite package manager app. The tweak supports jailbroken iOS 13 and 14 devices.

If you’re not already taking advantage of ExeRhythm’s personal repository, then you can addd it to your package manager app of choice by using the following URL:

Do you have any plans to make the background of your Home Screen Dock transparent? Let us know why or why not in the comments section down below.