When you’re jailbroken and in quick need of a respring, reboot, IdRestart, or Userspace Reboot, there’s no shortage of jailbreak tweaks that make accessing these capabilities easier. 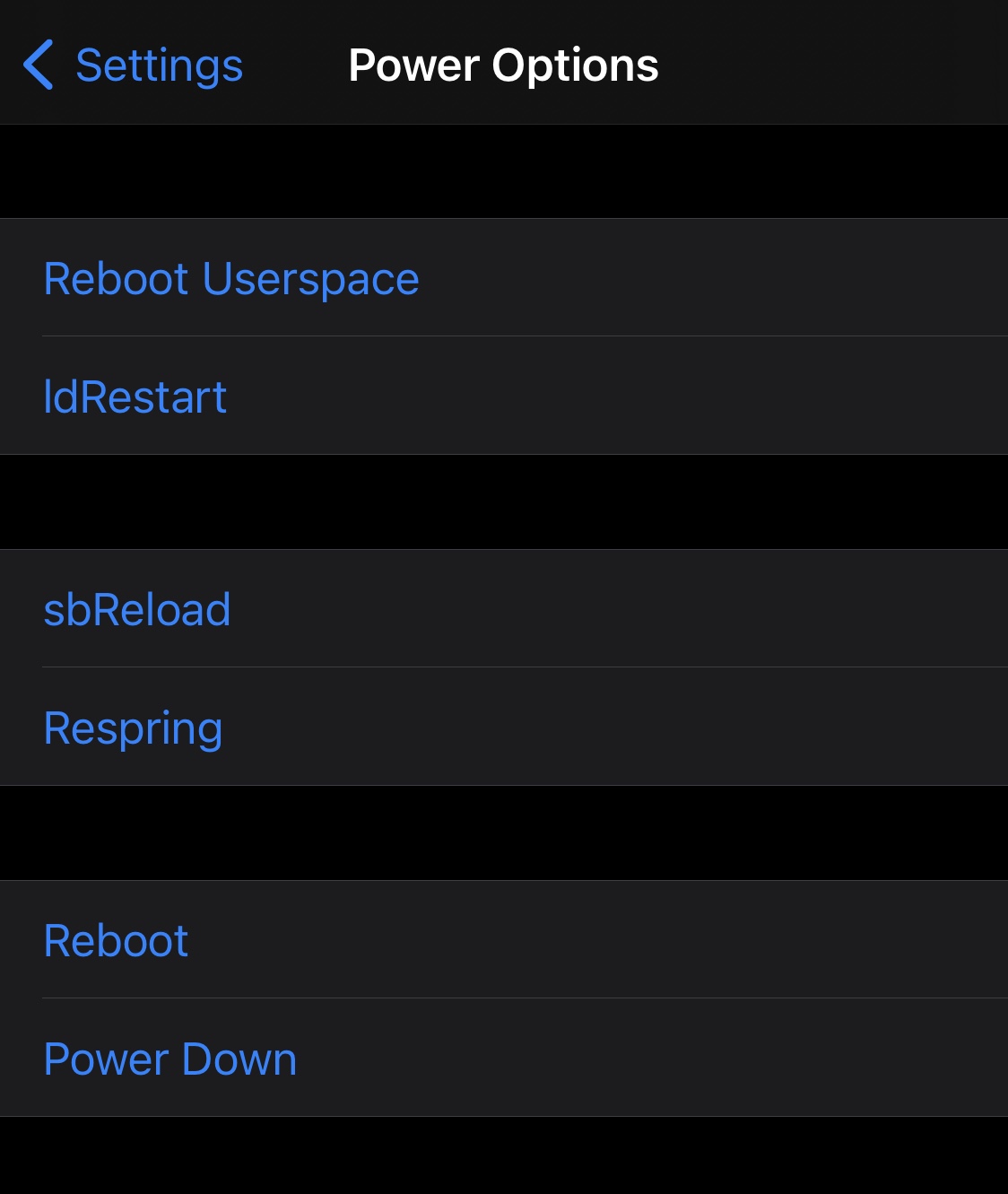 Many of those tweaks offer aesthetically-pleasing interfaces, but sometimes you just want a simple, no-nonsense solution that does what it’s supposed to do, and that’s where a new and free jailbreak tweak called Power Options by iOS developer LucifersCircle comes into play.

Rather than trying to stun users with an aesthetically-pleasing interface, Power Options gets right to the nitty gritty by adding a dedicated preference pane to the Settings app where users can access a number of different power options, including:

Upon tapping any of the available options, users are presented with a confirmation pop-up where they can confirm the action or go back, like so:

Since it’s easy to reboot or power down an iPhone, those options are somewhat unnecessary here, but it’s nice that the developer has included them. More useful will be the shortcuts for Respringing, Userspace Rebooting, and IdRestarting, which are difficult to access without some sort of tweak on your device.

The rise of semi-untethered jailbreaks like Odyssey, Taurine, and unc0ver in recent years have made alternatives to rebooting especially important to users since they can’t always get to a computer to re-sign their jailbreak apps. Consequently we view this is a particularly useful tweak despite its barebones appearance.

Those interested in giving Power Options  a try can download it for free from the BigBoss repository via their favorite package manager app. The tweak supports jailbroken iOS 13 and 14 devices.

Do you plan to take advantage of the convenience afforded by the new Power Options jailbreak tweak? Be sure to tell us why or why not in the comments section down below.