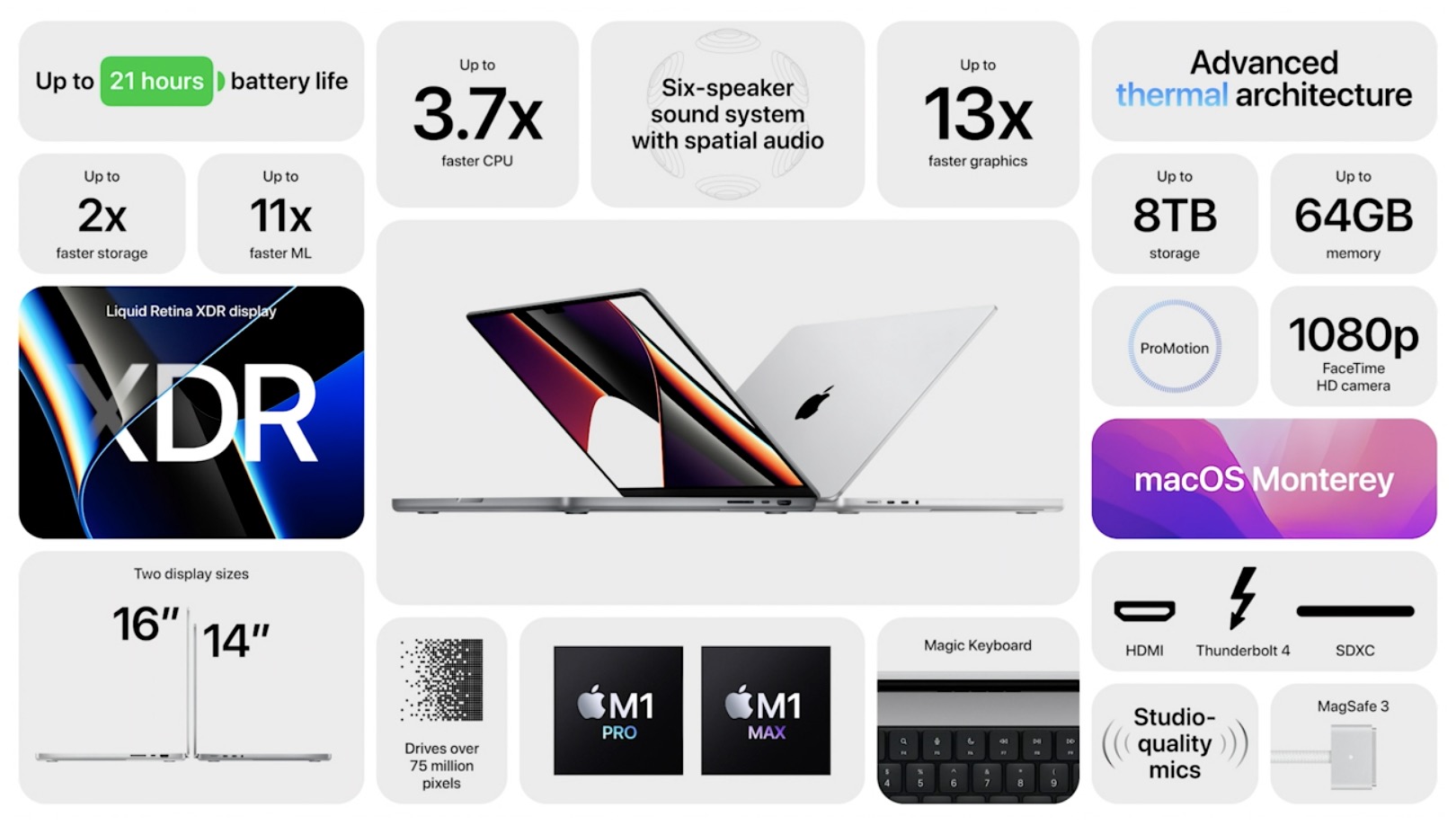 What are the limitations of my MacBook Pro’s HDMI port?

Both the 14-inch MacBook Pro and the 16-inch version have one HDMI port that conforms to the HDMI 2.0 specification rather than the newer HDMI 2.1.

According to the technical specifications on Apple’s website, this limits you to connecting one external display with 4K resolution at sixty Hertz via the notebook’s HDMI 2.0 port. To be perfectly clear, this is standard dynamic range (SDR) we’re talking about as HDMI 2.0 doesn’t support high dynamic range (HDR) content.

HDMI port is only HDMI 2.0, exactly why I’d much rather have had another T4 port, what a waste. pic.twitter.com/zzUXwfGoO8

The limitation only applies to monitors plugged into the notebook’s HDMI 2.0 port—the MacBook Pro’s internal Retina display does support adaptive refresh rates up to 120Hz.

You can even connect an HDMI television or external monitor to a Thunderbolt port on your MacBook Pro, but you’ll need Apple’s USB-C Digital AV Multiport Adapter for that.

It’s unclear why the MacBook Pro only has HDMI 2.0.

If we had to bet, we’d put our money on bandwidth limitations, memory throughout, Thunderbolt requirements and MagSafe charging acting as a fourth Thunderbolt port.

It’s even more puzzling if you consider that Apple updated the Apple TV 4K a few months earlier with, among other perks, an HDMI 2.1 port which lets the streaming box output 4K HDR Dolby Vision video at sixty frames per second via a 48 Gbps HDMI cable.

Tell me more about HDMI 2.1 features

The HDMI 2.1 specification was unveiled in November 2017, bringing support for dynamic HDR content, 4K resolution at 120 frames per second, 8K resolution at sixty frames per second and other perks. Along with it came a new standard for ultra-speed HDMI cables with bandwidth up to 48Gbps, which is required to handle uncompressed 8K video with dynamic HDR and 4K HDR Dolby Vision content at sixty Hertz.

A word of advice: If you have an HDMI 2.1 device like the second-generation Apple TV 4K, avoid purchasing cables claiming to be 4K Ultra HD-rated or some such. Instead, look for cables that are Dolby Vision HDR compatible and support bandwidth up to 48 Gbps.

For further information about the HDMI 2.1 specifications, visit hdmi.org/spec/hdmi2_1.