At today’s “Unleashed” event, Apple revealed what’s next for AirPods. The announcement started with a deeper look at Spatial Audio, which is a feature baked into Apple Music with supported hardware. And Apple is expanding that feature.

They are doing that with the third-generation AirPods. Apple has said multiple times since the truly wireless headphones were first introduced that they’ve become the world’s most popular headphones, and the company is hoping to stay on that bandwagon with the newest iteration. The third-gen AirPods will also be welcoming support for Spatial Audio. AirPods with Spatial Audio, featuring an all-new design. There’s a sensor on the stem for better control of media.

The new headphones have powerful bass and high frequencies, making sure music sounds great across genres. The next generation AirPods are sweat and water resistant. The new contour design delivers sound “directly to your ears,” and with an Adaptive EQ feature that Apple introduced with AirPods Pro, which customizes in real-time sounds. 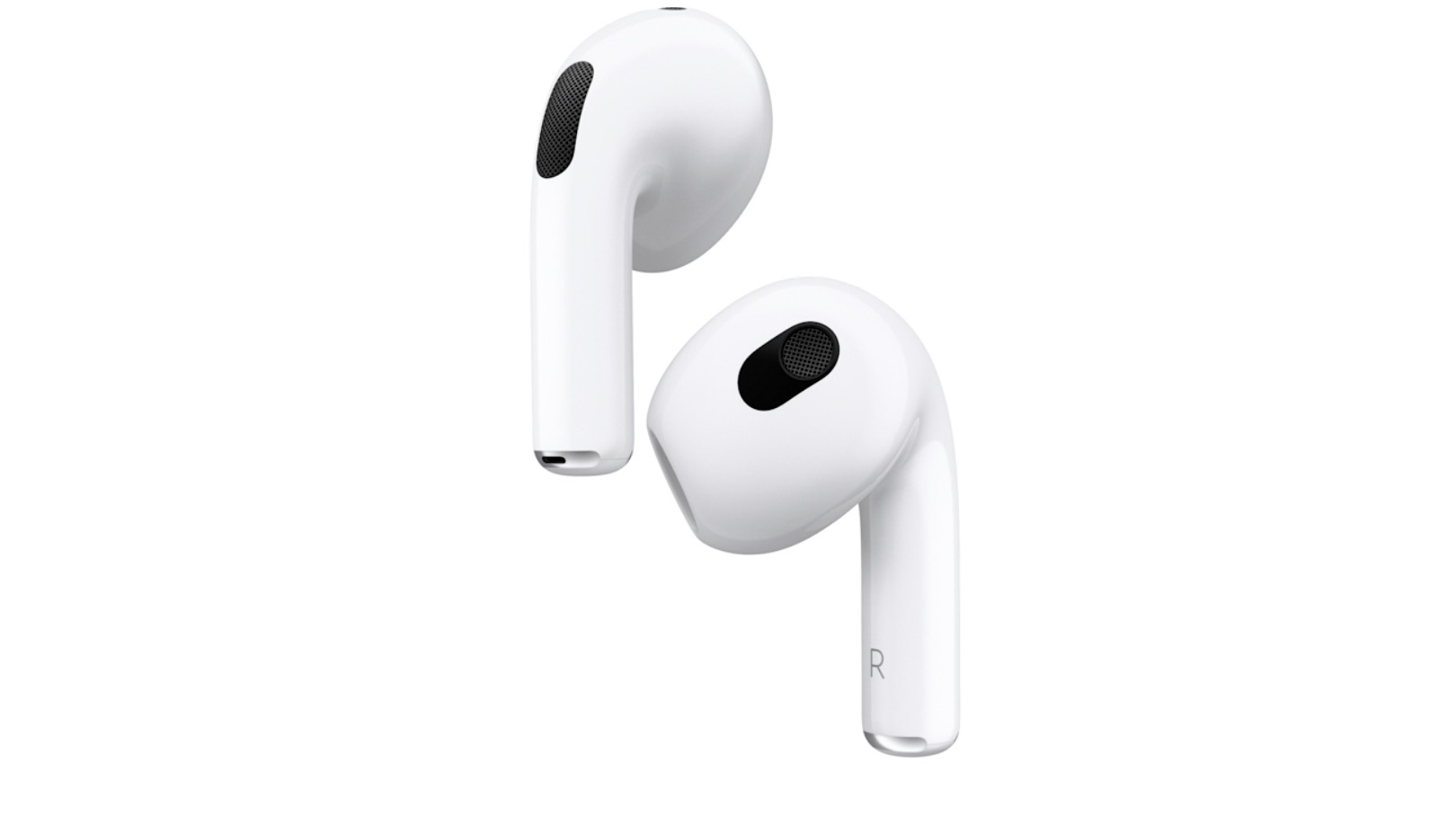 Open the case, there is the one-touch setup that will pair with all of your registered Apple devices. Apple has increased the battery life to up to six hours of listening time. Five minutes of charge time will get the user an hour of use. And the charging case will boost the AirPods with Spatial Audio to up to 30 hours of listening time with four full charges. MagSafe and wireless charging are also supported by the wireless charging case.