Much of the jailbreak community’s resources, including jailbreak tweaks and themes, have migrated to smaller third-party and developer-owned repositories over the past several years. This seemed to be a direct response to the shutdown and archival of the ModMyi and MacCiti & ZodTTD repositories, and was further exacerbated by the shutdown of the Cydia Store back in 2018.

Today, large and successful repositories like Chariz and Packix have risen from the ashes of those classic jailbreak repositories while BigBoss continues to operate on a free package-only basis. Developers who want to host paid tweaks can choose between hosting them on a modern large repository for a fee or from their own private repository with more wiggle room, and in fact, that’s exactly what we see today.

The one downside to there being so many independent repositories is that jailbreaks often don’t know anything about them. Developers will regularly share their repositories on social media such as Discord, /r/jailbreak, and Twitter, however discovery remains limited to jailbreakers who use those platforms. That’s why utilities like RepoFinder by iOS developer HomemadeToast57 can be valuable assets to the community. 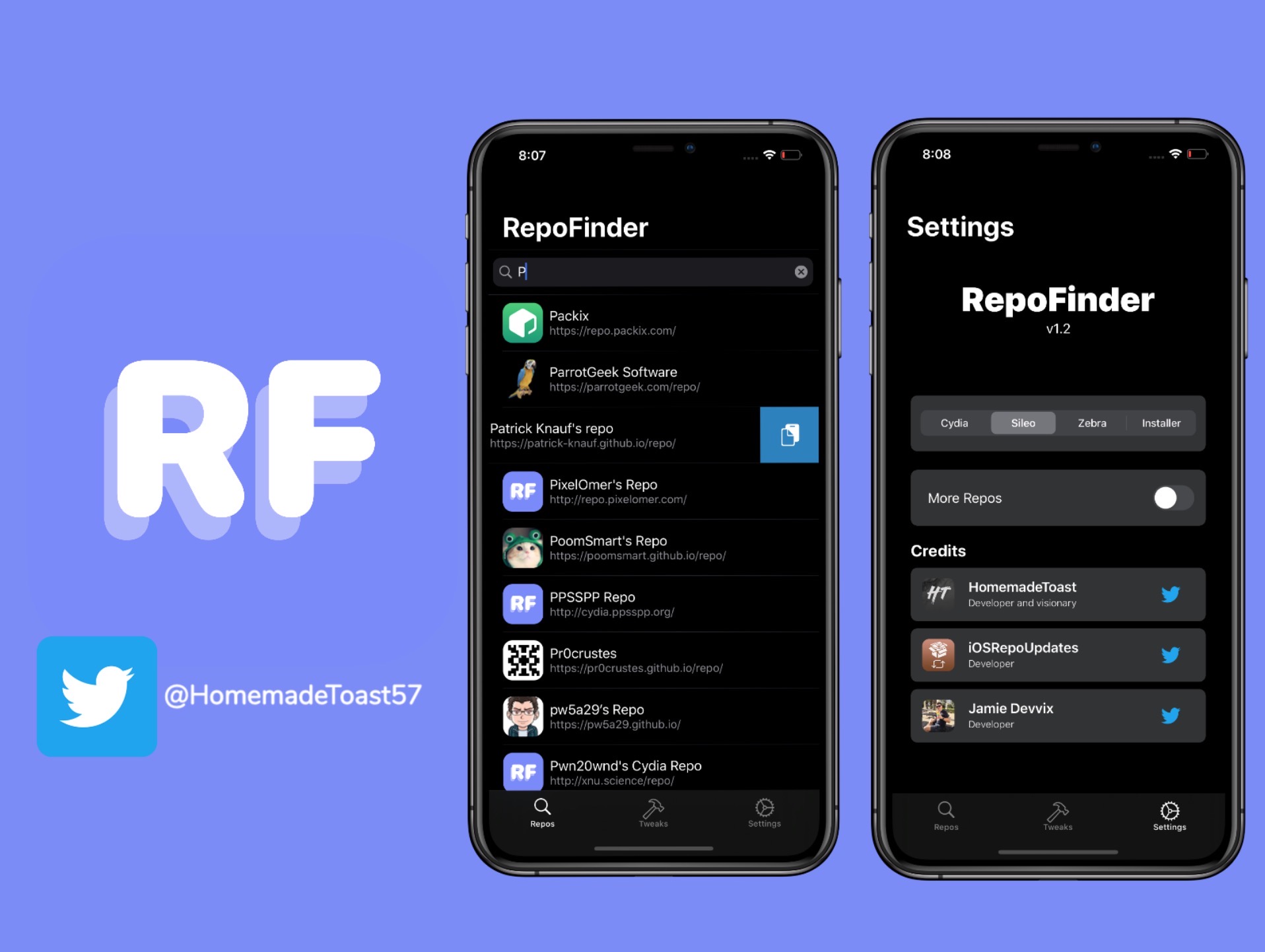 Just as the name implies, RepoFinder can help users discover and save jailbreak repositories, and it can make importing those repositories to your favorite package manager apps quick and painless. The app supports a massive database of current repositories that users can scroll through, and then after choosing the package manager they’re using, adding that repository is never more than a couple of taps away.

While RepoFinder has been available for some time, the developer just yesterday made the project open source after publishing the source code on GitHub. Citing the /r/jailbreak announcement post, the developer no longer has the time to work on RepoFinder, and as such, he hopes that others will continue where he left off.

RepoFinder isn’t the world’s first utility to try and compose a centralized database of all known jailbreak repositories, but it does so in a convenient manner with a dedicated app for your jailbroken iPhone or iPad and an easy-to-use interface with one-tap-add solutions. Users who haven’t tried it yet are likely to love the convenience it brings to the table.

RepoFinder is available as a free download from the Packix repository via whichever package manager app you might be using on your pwned handset.

Are you happy to see that RepoFinder has gone open source? Discuss why or why not in the comments section down below.