It has been over a year since Facebook revealed that Instagram was launching its own TikTok-style competitor. That feature is called Reels, and, as you can imagine, it’s all about creating short-form video set to some (popular ?) music. And now the feature is going wide.

Today, Facebook has announced that it is officially launching Reels on Facebook for all users in the United States. That’s for both iOS and Android users. This comes after Facebook tested this experience within the standard Facebook app earlier this year. Apparently that went well enough to bring the feature to all users pretty quickly.

With Reels baked right into Facebook, this means users will probably start seeing the short-form videos a lot more. But, it will give Facebook the footprint it wants to help the feature grow basically exponentially. And considering the social network is looking to compete with TikTok and Snapchat, that exposure is a big deal. 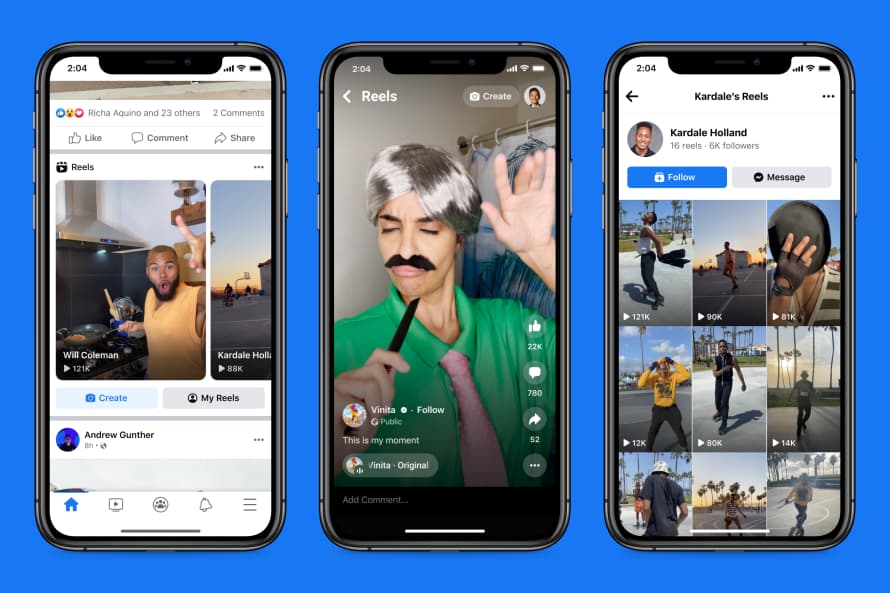 When the Reels do show up, users will see them in two places: Groups and, yes, in the News Feed. If you select a Reel to watch, you’ll be able to quickly and easily follow that creator if you want to. And you’ll be able to share it beyond your own News Feed or Group, and like and comment.

It’s been an inevitable addition, really, but at least it’s finally happened. Now Facebook users who don’t love Reels will probably just have to learn to live with them. At least for a little while.