During its California Streaming event, Apple unveiled a brand new, redesigned iPad mini that welcomes quite a few noteworthy features to the mix. That includes slimmer bezels, Touch ID in the top button, and support for the second-generation Apple Pencil. Among many other things.

That tablet went up for pre-order last week, and goes on sale starting this Friday, September 24. As such, reviews for the latest generation iPad mini are now live from several different outlets. We’ve rounded up many of them down below, both text and video. So if you’re on the fence about buying the new iPad mini, these reviews may sway you towards adding to your collection. Some of the videos below are unboxings, and not reviews, but we included them anyway just for even more looks at the brand new tablet. 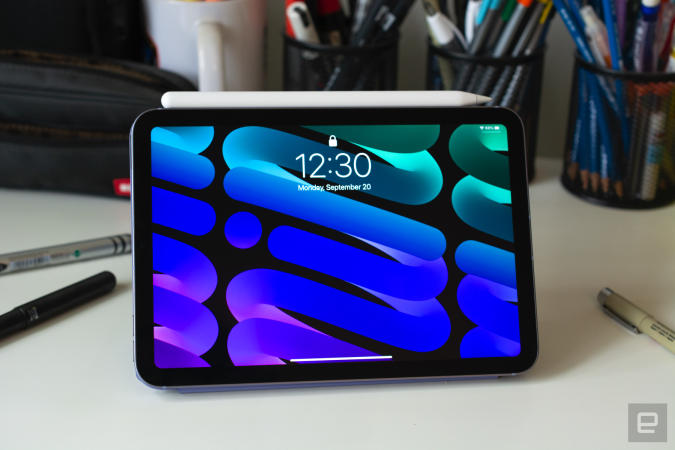 Federico Viticci calls the new iPad mini a “small wonder.” The review also praises the size of the new tablet and the highly portable experience:

I’ll cut right to the chase: I’ve been waiting for this kind of iPad mini refresh for years, and the device absolutely delivers on all fronts. The new iPad mini fulfills my longstanding dream of an iPad Pro/Air-like device in a diminutive form factor, providing a highly portable experience unlike anything else in Apple’s lineup.

This review says the smaller form factor is great, especially for portability. The smaller bezels are “just the right size,” And that extra screen real estate is a huge bonus:

I understand why Apple didn’t want to give the mini the same “edge-to-edge” moniker, but it could have come up with something a bit better than “all-screen.” The bezel surrounding the 11-inch iPad Pro’s screen is roughly 0.25-inches thick and that of the iPad mini is only about 1/8th of an inch thicker than that. That’s not a huge difference, but it’s more noticeable when you’re only working with an 8.3-inch display. Also, the previous iPad mini had a 7.9-inch display, so you’re not getting a ton of extra screen real estate on the new model.

That said, I found the bezels to be just the right size. Notably, they helped me get a better grip on the mini when I was using it as an e-reader, and I can only assume many mini owners will do the same. The same could be said for when I was watching YouTube videos while carrying the mini around my apartment — I never accidentally paused the playing video because the bezels gave me enough room to hold the device.

Here’s the publication’s video review, too:

The review does point out that the iPad mini 6 is a bit pricey, all things considered. Even if some might suggest all the new features would justify the price tag (especially considered with the price of the previous model). The review also points out that the front-facing camera (which supports Center Stage) is in an awkward place, there isn’t a headphone jack, and the battery life is “lackluster.”

Sadly, battery life struggled with all that activity. I managed to squeeze about five hours out of it, so almost a full workday. Apple claims up to 10 hours of web browsing or watching video on the Wi-Fi model and nine on the 5G variant. But when I streamed a Netflix show (with iMessage, Telegram, the Notes app, and Google Calendar running in the background) it hit 1 percent at around the six-hour mark. Unless you’re using it lightly, don’t expect it to last from 9 to 5. 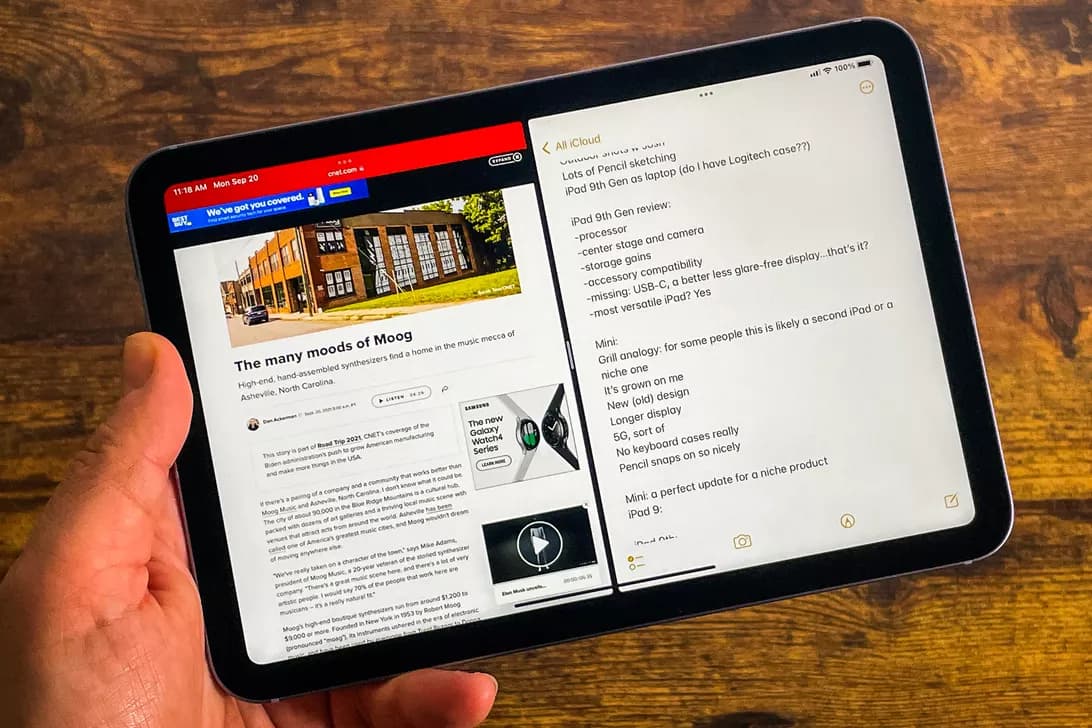 CNET says the new iPad mini is an “excellent upgrade,” but still calls the small tablet a “niche” product. The review points out that the price may not be worth the asking price, even with its portability and features, considering the other tablets in Apple’s lineup. Still, that A15 Bionic processor under the hood outputs some great performance:

The A15 processor in the Mini is like the one in the new iPhones. Think of it as a hybrid of older iPad Pros and more recent iPhones. The single-core Geekbench 5 benchmark score average I got was 1,598, which is similar to the iPhone 12 models’ scores last year. But the multicore score is 4,548, which is close to what Apple’s pre-M1 iPad Pros could handle with the more graphics-boosted A12Z chip. Like pretty much every current-gen Apple device, the 2021 iPad Mini is fast enough that you won’t have to worry about taxing the system, at least with currently available apps.

The publication says the small iPad is “less of a comprise” than in previous years. It’s functional and portable and one of the best tablets Apple has ever made to date. And yet, it’s the software –iPadOS– that holds it back.

On the other hand, most of the work Apple has put into iPadOS in the last half-decade or so has been about taking better advantage of the tablet’s processor power and larger screen. That has come in the form of improved multitasking features, robust support from professional app-makers like Adobe and Microsoft, and surprisingly good keyboard and mouse/trackpad support. The iPad mini can take advantage of every single one of those things. But on an 8.3-inch screen, these tasks just aren’t as pleasant. I almost always find myself using the iPad mini with a single full-screen app at a time, just because that’s what is most comfortable.

That remains my main problem with this device. As much as I’ve enjoyed using an iPad mini for the past week, the phone I already have is almost as good at reading, browsing, and other one-handed tasks. And the mini isn’t as good as Apple’s other iPads at the things the iPad is best at. The $329 iPad is a fantastic media-consumption screen and gaming device, and as a parent, its lower price makes it easier to give to a kid who might not always take great care of it. And the iPad Air and iPad Pro are more comfortable laptop replacements because of their bigger, easier-to-read screens.